All city beaches to be non-smoking and more accessible

This year’s bathing season gets under way on Saturday, 9 April, and will see all city beaches become smoke-free areas with better accessibility. This is thanks to various measures, including a more extensive bathing service, which will be on a par with other services in place during the bathing season, such as lifesaving and maintenance. 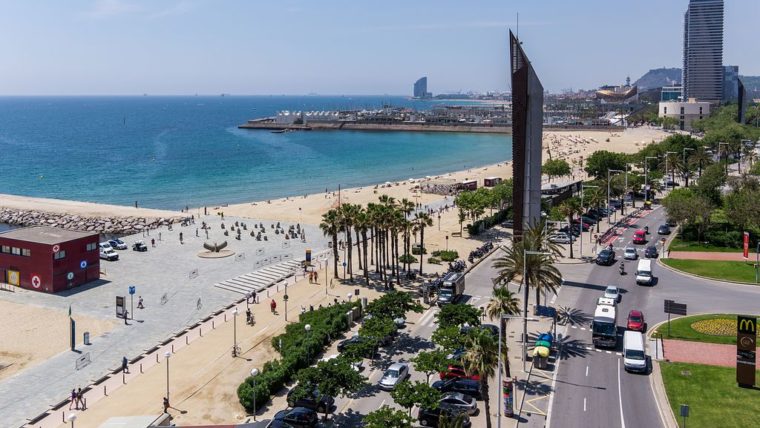 Last year’s pilot project to make four beaches non-smoking areas was well-received and now means the ban on smoking will be extended to all ten beaches along the city’s coastline. The measure attracted a score of 8.2 points out of 10 from citizens and led to a significant reduction in the number of cigarette butts left in the sand, which are highly pollutant. The move seeks to facilitate shared spaces which are healthier and more respectful towards the environment, with less waste.

The bathing season starts on Saturday, 9 April, and ends on Sunday, 25 September. It is divided into two stages:

In an effort to make the beaches more inclusive, this year’s assisted bathing service will be on a par with all other services offered in the bathing season, such as lifesaving and maintenance, and also available at all beaches. In addition, the service will feature various infrastructures such as a hydraulic seat, a pergola at each bathing point to provide shade, a WC service at the Nova Icària and an inclusive changing room at the Sant Miquel beach. Signage will also be improved at all beaches, adding information on inclusive bathing points and indicating that they have absolute priority.

The Llevant beach will also be more accessible with a direct access point from the upper section of the seafront, thanks to some stairs and walkways which take advantage of the morphology of the groyne there.

Barcelona’s beaches have a rescue and lifesaving service which includes 80 lifeguards and 21 watchtowers (to be installed progressively). The beaches are equipped with public toilets, showers and bars, open from 10.30 am to 6.30 pm in the mid-season and until 9 pm in the high season.