Over two hundred pupils from different schools in the districts of Ciutat Vella and Horta-Guinardó took part in memorial acts for the Escola del Mar. The school was bombed 80 years ago, on 7 January 1938, and subsequently relocated to Montjuïc as a provisional measure. It continues to function to this day in Guinardó.

The acts were part of a popular initiative to explain the legacy of the school, a leading institution in educational renewal at the time, as well as the bombardments. The initiative was embraced and coordinated by the Ciutat Vella group for historical and democratic memory, via the Museu d’Història de Barcelona.

A memorial pedestal was installed, explaining the events and indicating where the school stood in C/ Barceloneta. In addition, on 16 and 18 January, two talks will be given at the Barceloneta civic centre to remember the educational work carried out at the Escola del Mar, as well as the bombing raids which Barcelona suffered.

The Mayor, Ada Colau, recognised the influence and guidance of the Escola del Mar for the subsequent public schooling system in Catalonia: “It was the cornerstone for democratic schooling, educating people to be critical, participative, demanding and committed to democratic values”.

A treasure to be cherished and remembered

The Escola del Mar opened on 26 January 1922 as a municipal initiative offering a revolutionary educational system putting the child at the heart of their education. It was founded by the educator Pere Vergés and housed in a wooden building designed by the municipal architect Josep Guay.

The school was located right by the local fishermen’s beach and organised as a mini republic governed by its students, with no distinctions between boys and girls and an environment where children learned to think, listened to music, read and played a lot.

Fifteen years after its inauguration, on 7 January 1938, when the Spanish Civil War was in full swing, Italian fascist aircraft bombed the school and destroyed it. Nevertheless, it continued its work, firstly by relocating to Montjuïc until 1948 and thereafter in the Guinardó neighbourhood.

The bombing of the Escola del Mar was followed by the bombing of Plaça Sant Felip Neri, on 30 January the same year, and the wave of major air raids suffered by the civilian population during the month of March. 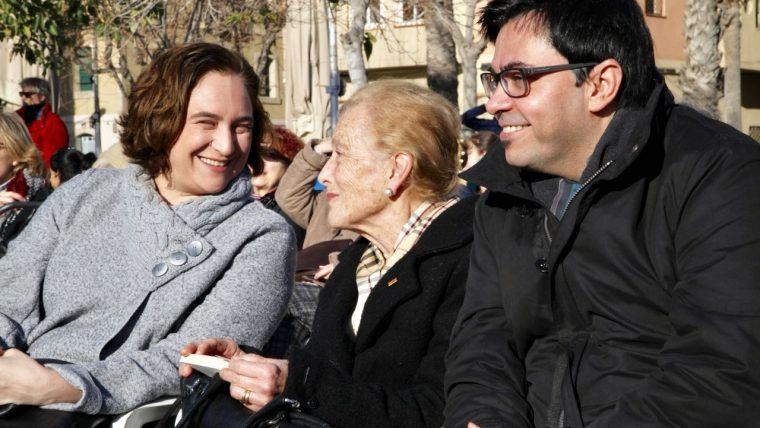 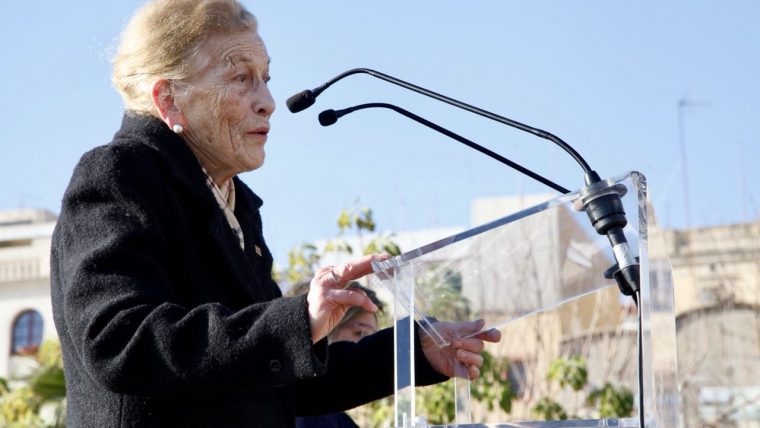 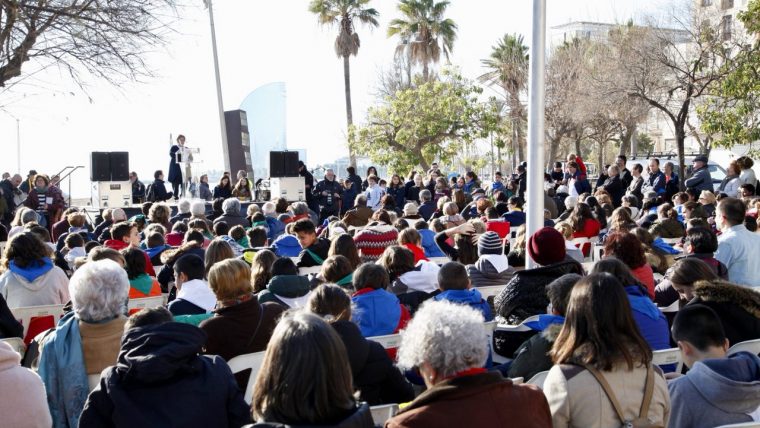 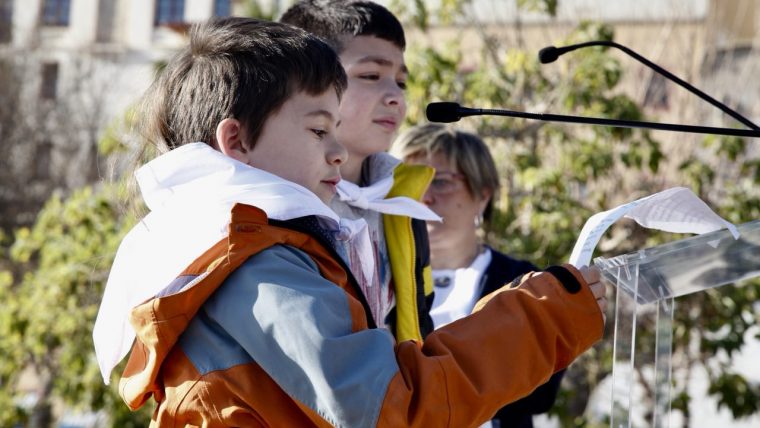 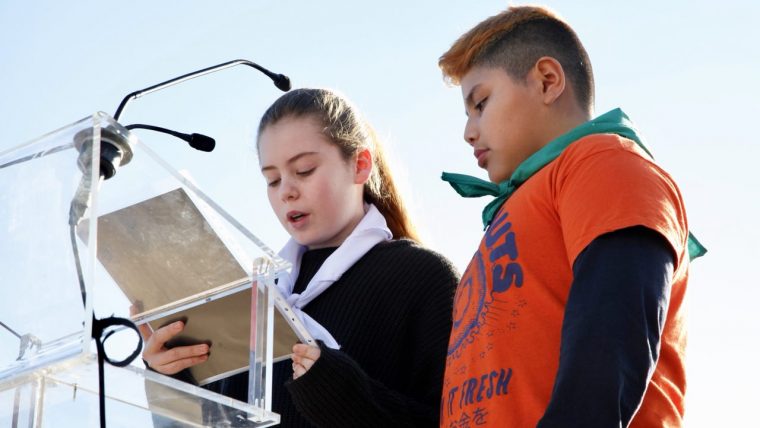 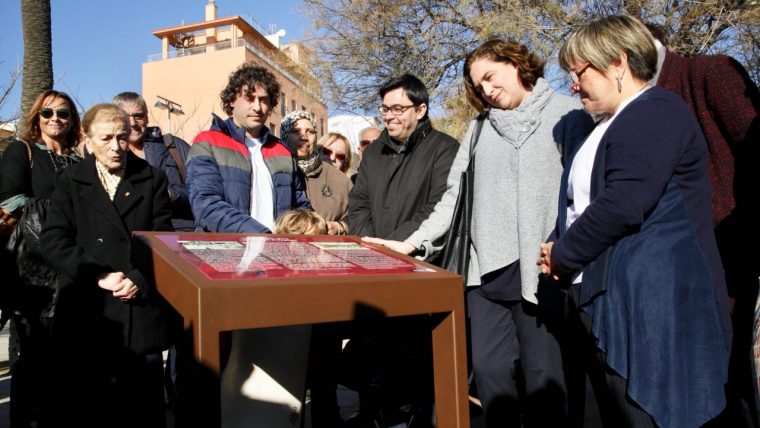 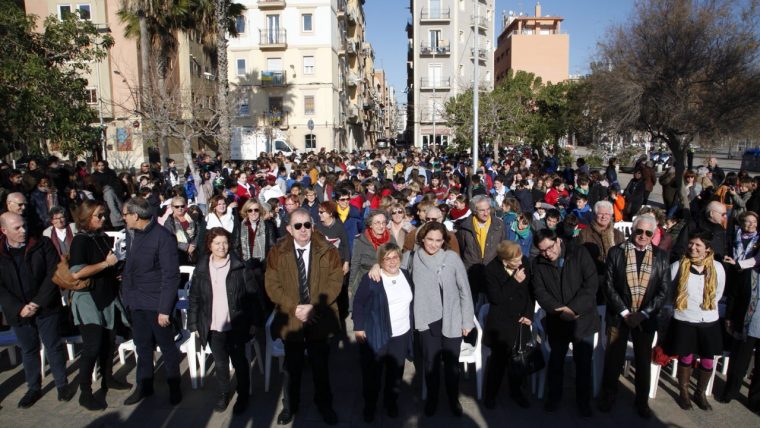 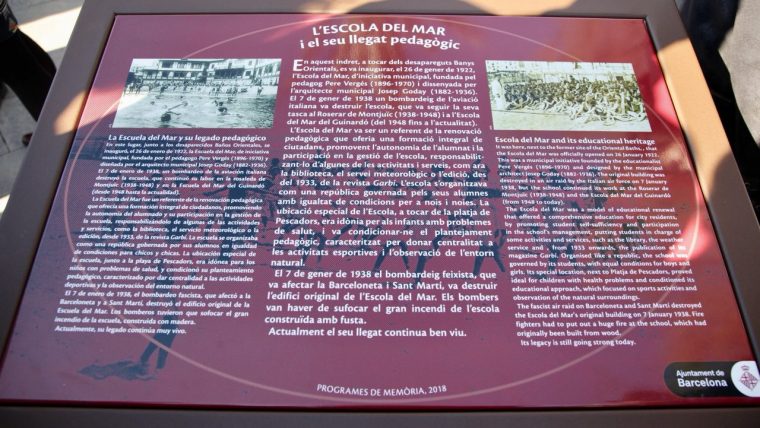