A record budget of 3,400 million euros to boost the city

The Full Council has given its final approval to the budget for 2022, which reaches a record figure of 3,400 million euros. Funding will focus on priority areas such as support for people, the fight against inequalities, the climate emergency and the reactivation of the economy. 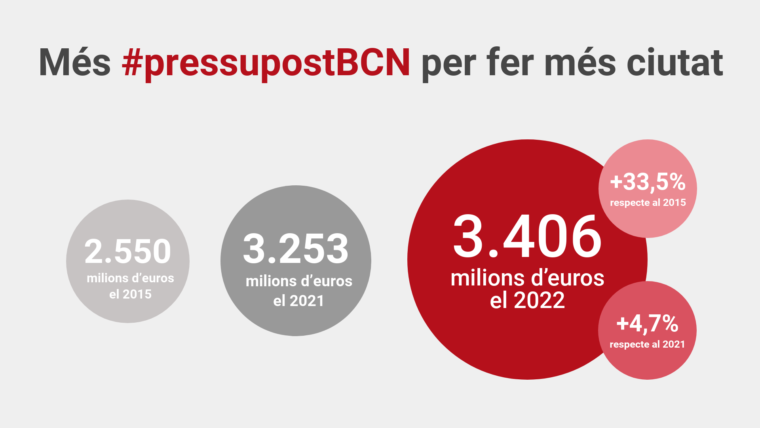 The municipal budget for 2022 will grow by 4.7% compared to 2021, with an additional 153 million euros. This has been the trend since 2015, increasing the city’s accounts by 33.5%, or over 850 million euros. The budget was approved thanks to favourable votes from the municipal government, Barcelona pel Canvi and the independent councillor. The ERC abstained, while Junts per Catalunya, Ciutadans and the Partit Popular voted against it.

The Full Council also approved the tax by-laws for next year, which set out a freeze on taxes and include a discount of 75% for the tax on terraces, fairs and newsstands or a 30% reduction in the waste collection tax. The by-laws were approved with votes from the municipal government, abstentions from the ERC, Barcelona pel Canvi and the independent councillor, while Junts per Catalunya, Cs and the PP voted against them.

Priority areas from the 2022 budget

Municipal investment also reaches a new record, at 903.1 million euros. The City Council will provide 753.5 million of this figure, with the rest to come from the municipal companies Barcelona de Serveis Municipals (BSM) and the Barcelona Municipal Housing Institute (IMHAB).

Notable budgetary items include more backing for social services, the green transformation and the reactivation of the economy:

In addition, notable projects covered in next year’s budget include:

Next year’s numbers also envisage an increase of 100 million euros in municipal deficit, to fund part of the investments. The budget plans a gross saving of above 15% in current expenditure, an optimal figure enabling the City Council to maintain its financial solvency. 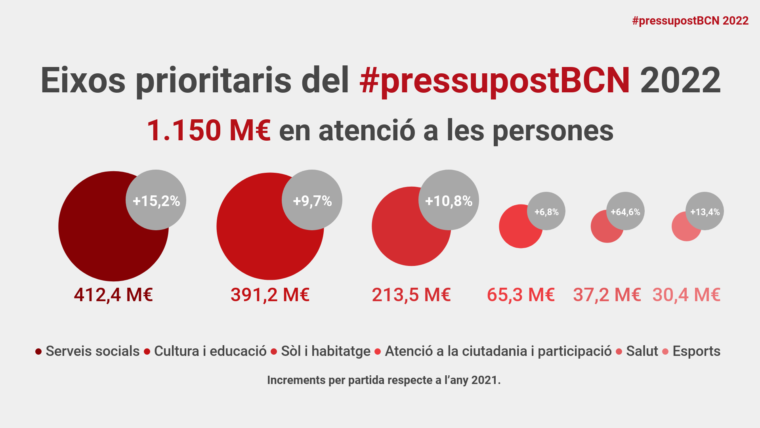 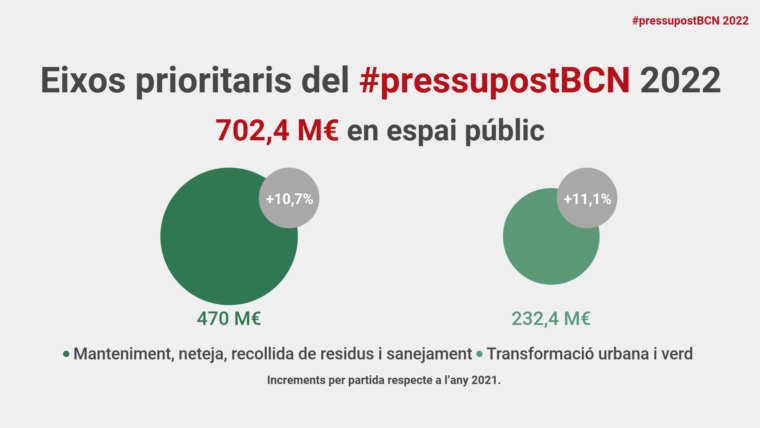 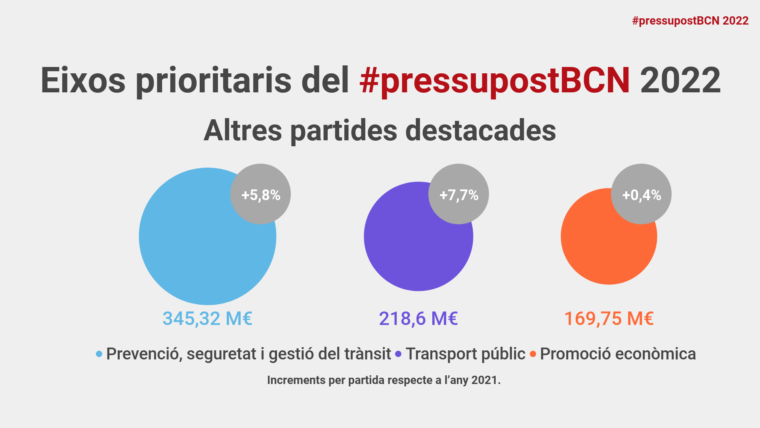 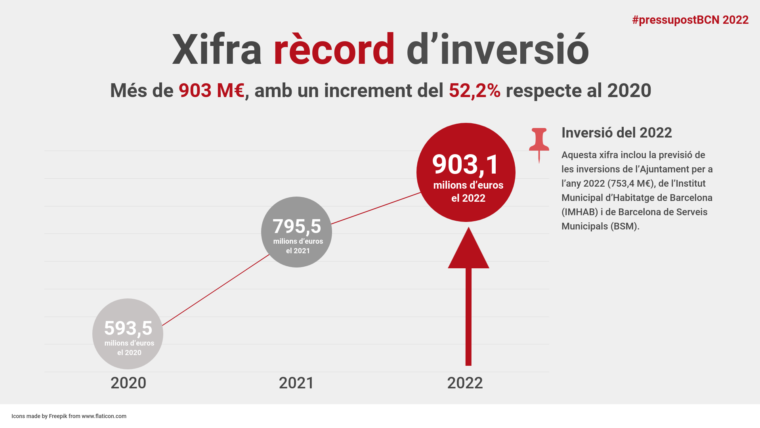 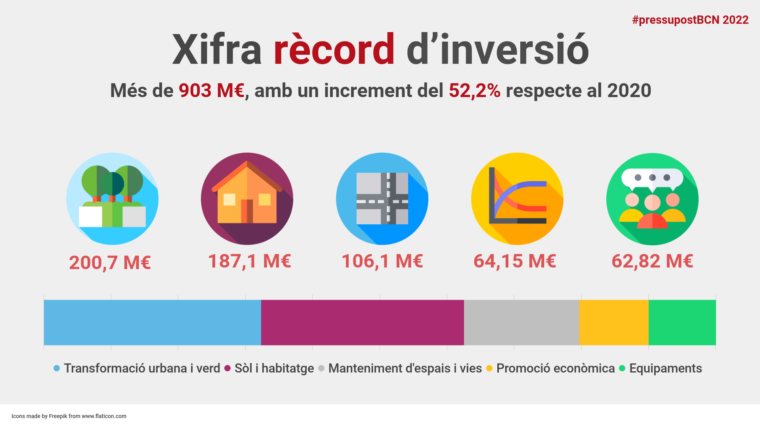