Services for young people adapt to the effects of Covid-19

How has Covid-19 affected young people in Barcelona? The pandemic and the lockdown have had a psychological effect for over half of youngsters between the ages of 15 and 34, with 24% finding it more difficult to meet housing costs. Given the situation, municipal services for young people have been reinvented to guarantee assistance, guidance and emotional support for the city’s younger generations. 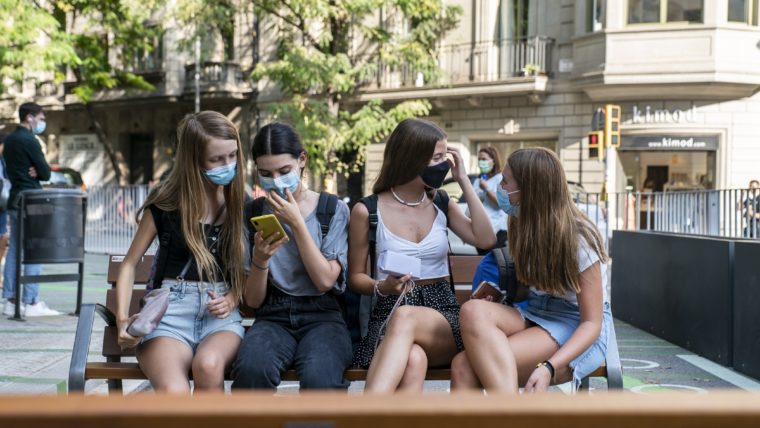 The Barcelona survey of young people gauges the life conditions and habits of city inhabitants between the ages of 15 and 34. This year’s survey coincided with the exceptional situation generated by Covid-19, offering information on how the pandemic has affected the young population. In order to provide a better snapshot of the city’s social reality, this was the first time the survey included youngsters not on the city register but who have been living here for more than six months.

Data from the survey

The pandemic took students by surprise halfway through the academic year. Among youngsters between the ages of 15 and 29, over 80% affirm that Covid-19 affected their education. Some 37% declared their performance dropped and 4% had to give up their studies, while 14.5% stated they had improved in this sphere.

In terms of the impact on work, unemployment among young people intensified, as did inequalities between the young population according to their country of birth, with 17.4% jobless among the population born abroad compared to 9.6% among those born in the Spanish state. Greater inequalities have also been detected among young people in the lowest-income neighbourhoods, with unemployment at 19.5%, compared to 6.3% in high-income neighbourhoods.

Some 49% of young people state that the economic situation in their household worsened in the first months of the crisis. The effect was worse in low-income neighbourhoods and among the 52% of emancipated youngsters. In addition, 24% of the young population struggled to cover housing costs and nearly 6% were unable to meet all housing-related costs.

In relation to the psychological impact of the pandemic, 52% of those interviewed stated that the situation resulting from Covid-19 and the lockdown has affected them psychologically, particularly young women (57%), compared to men (47%).

Services for young people have adapted from the start of the pandemic by setting up new telematic channels to provide assistance, guidance and emotional support.

During the state of emergency, young people engaged with services operated by the Area for Youth on more than 30,000 occasions, through phone support services, information materials and online consultations.

The Service for Teenagers and Families (SAIF) provided an emotional response service for Covid-19. The service will get its tenth ‘Aquí t’escoltem’ listening point in the next few months, offering 160 hours of support a week instead of 72.

Academic and work-related advice were two of the services most in demand among young people approaching the infoJOVE service. Because of this, two direct phone lines were set up and are still operating, and the Pla B programme was created to help young people in need of guidance on work and education matters.