Two new examples of public housing to provide homes for some two hundred people with emergency housing needs, young people and single-parent families. Projects have been awarded for two new APROP temporary local housing blocks in the neighbourhood of El Parc i la Llacuna del Poblenou, in Sant Martí, with a tendering process also resolved for a third APROP building in the neighbourhood of La Bordeta, in Sants-Montjuïc. 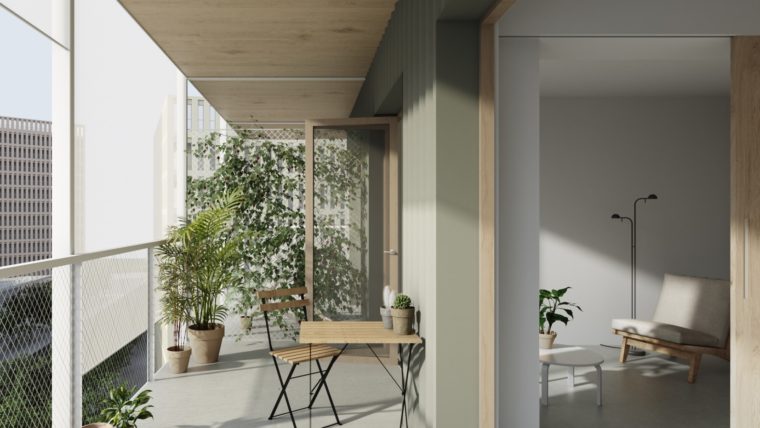 Block of 42 homes in Poblenou

The second building with provisional local accommodation to be built in the city will be on the site at C/ Bolívia, 33-41 interior, in the vicinity of Plaça de les Glòries. The block will have 42 homes in all, 35 of them two-bedroom flats and the rest one-bedroom, meaning an overall capacity to house 110 people. The building will also include communal spaces such as a laundry room and a cultivation patch, along with a neighbourhood facility on the ground floor.

The draft contract for the project and the construction of the building have been awarded through the Municipal Institute of Social Services (IMSS) to the company Constructora de Calaf, SL, and represent an investment of 4 million euros. The project is currently at the draft stage. Work will take 26 weeks, and the building should be ready before the year is out.

The awarding of the homes to future residents will guarantee a social mix, with half of them for families waiting for a definitive home from the Emergency Board and the other half going to young people, a group with real difficulties in accessing housing.

In terms of the block of provisional homes in the neighbourhood of La Bordeta, the architecture competition won by Loggia offers a project to direct the construction of a temporary building for 40 homes (24 two-bedroom flats and 16 one-bedroom) in Av. Carrilet, between Riera Blanca and Rambla de Badal. The proposal wraps a ten-floor building in a series of galleries making it visually lighter and moving well away from the concept of closed container.

Work should get under way in the second quarter of 2022. The project involves a municipal investment of 6,750,000 euros and will provide housing for around 90 people. The building will have eight floors of homes, on top of a ground floor and a first floor to be used for local facilities. The ground floor should house a community facility which is open to the local neighbourhood.

As with the project at Glòries, half the APROP homes in La Bordeta will be for families with a favourable report from the Emergency Board and who are waiting for a definitive home. A specific call will be opened for the other half, for single-parent families on the register of applicants for public housing, with other people also expected to be able to apply.

APROP as an alternative to building traditional housing

Temporary local housing offers a residential solution for families at risk who need swift provisional help from social services until they can get into definitive housing.

The homes are built from recycled shipping containers and take their inspiration from successful solutions already working in cities around the world such as Amsterdam, Copenhagen and Vancouver. The first APROP project in the city was in the Gòtic neighbourhood. 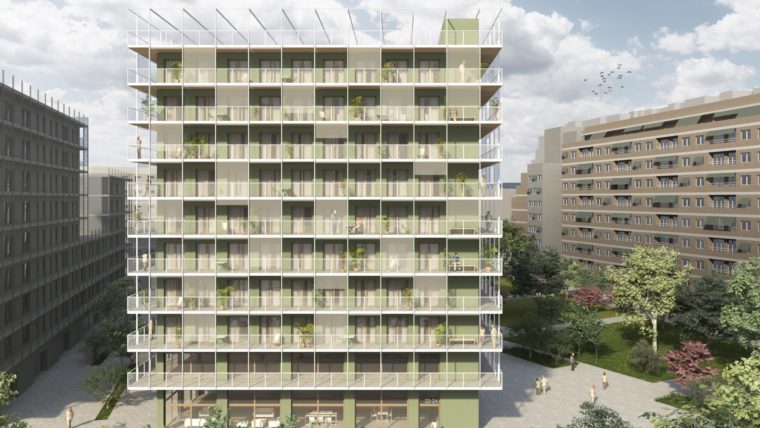 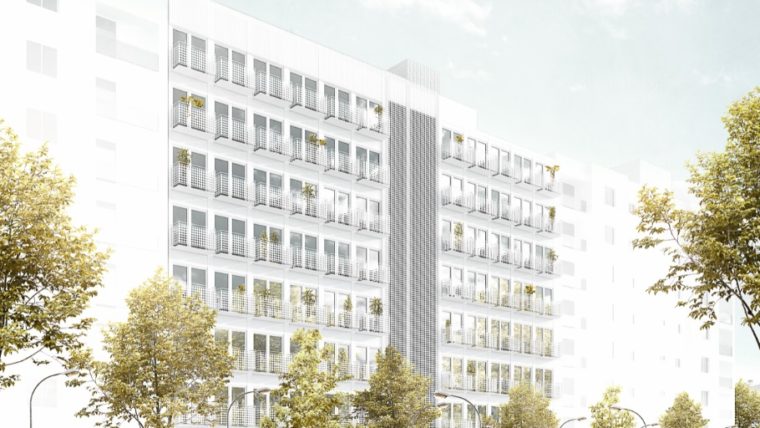 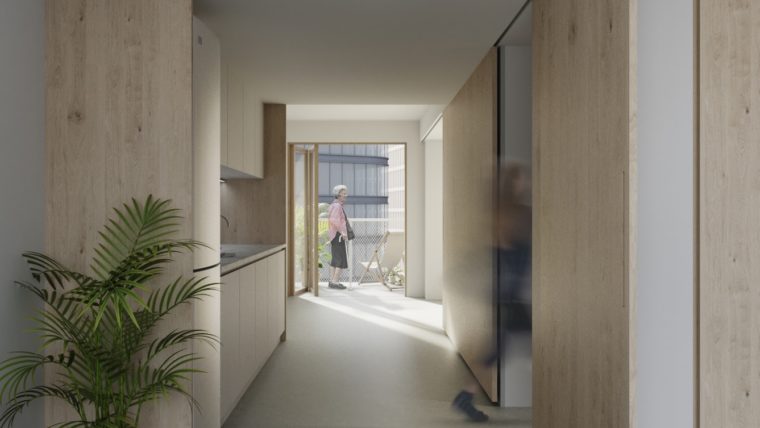