Progress is being made with the work to turn C/ Pere IV into a civic and cultural pedestrian street where sustainable mobility and urban greenery predominate. The section between C/ Josep Pla and Rambla de Prim, beside the Besòs river, is the second part to be remodelled following the revamp to the street in the centre of the Poblenou neighbourhood. 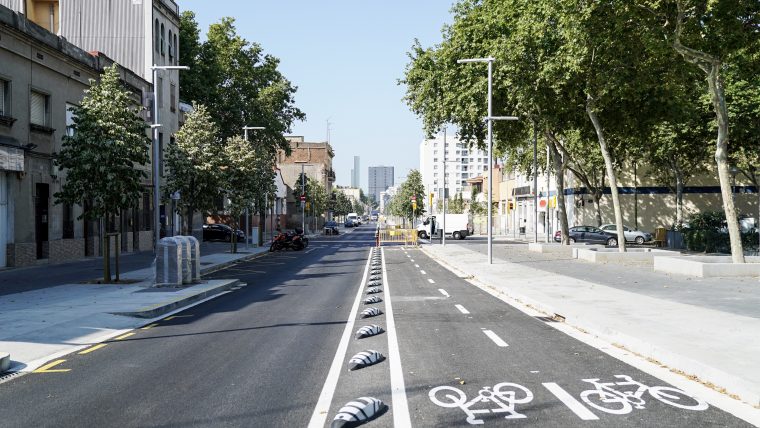 The transformation of the section of C/ Pere IV nearest the Besòs adds vitality to the neighbourhoods flanking the river, revitalising the area’s industrial heritage and historical identity with new uses for economic, social and cooperative activity, also paving the way for new facilities there.

The second stage of the remodelling project for the street in the district of Sant Martí has now been completed, following the opening of the revamped section between C/ Roc Boronat and C/ Bilbao in summer 2017.

Sustainable mobility and a boost to the neighbourhood

The same distribution will be used on the section now being worked on, between C/ Josep Pla and C/ Selva de Mar, which is expected to be completed in autumn 2019.

Besides remodelling the road surface, the bike lane and the pavements in the street, work also includes new street lighting, new urban furniture such as benches, litter bins and bike parking facilities, adapting pedestrian crossings and their signage and traffic lights, as well as 77 new trees. Finally, the drainage system has also been renewed and a pneumatic waste collection network built.

An investment for local residents

The investment in both areas near the Besòs, once the section between C/ Josep Pla and C/ Selva de Mar is finished, will be 12.5 million euros. Combined with the first section completed in 2017, an overall investment of 20 million euros will have been made to remodel C/ Pere IV. 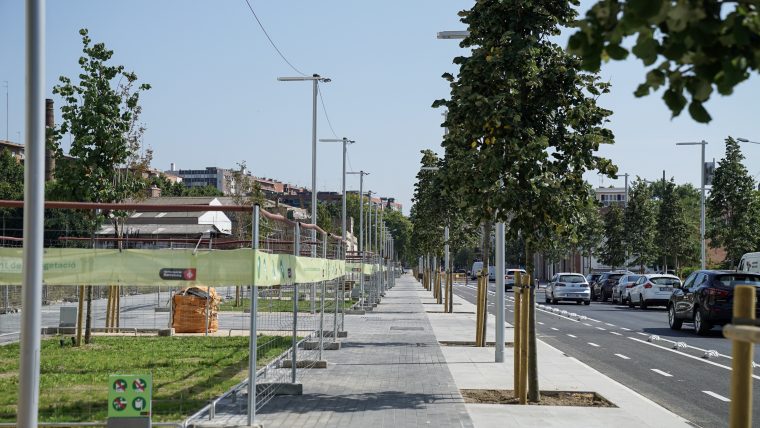 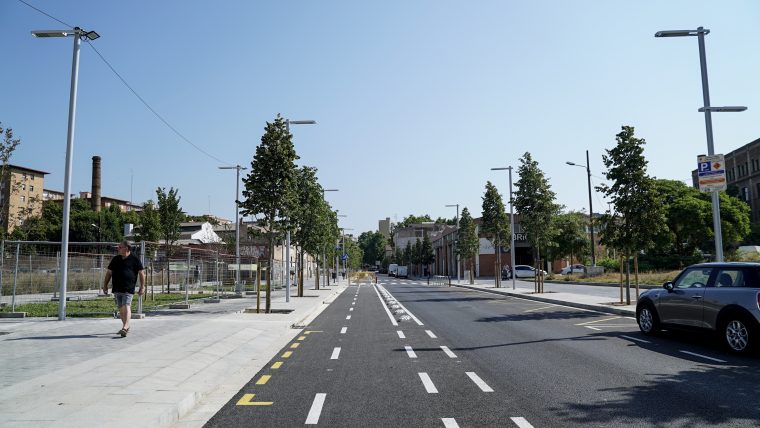 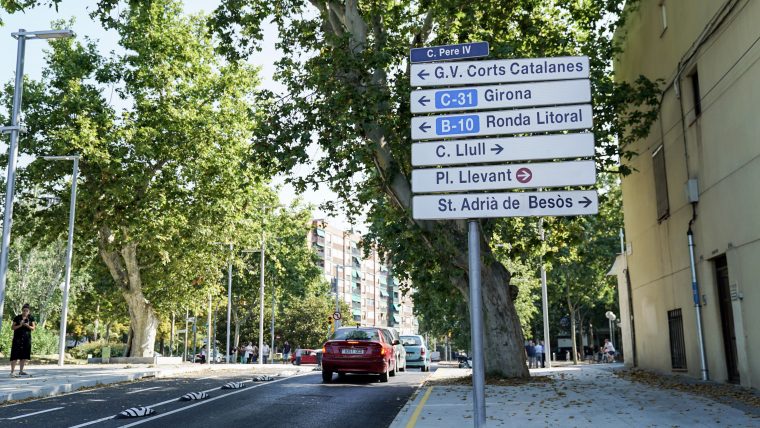 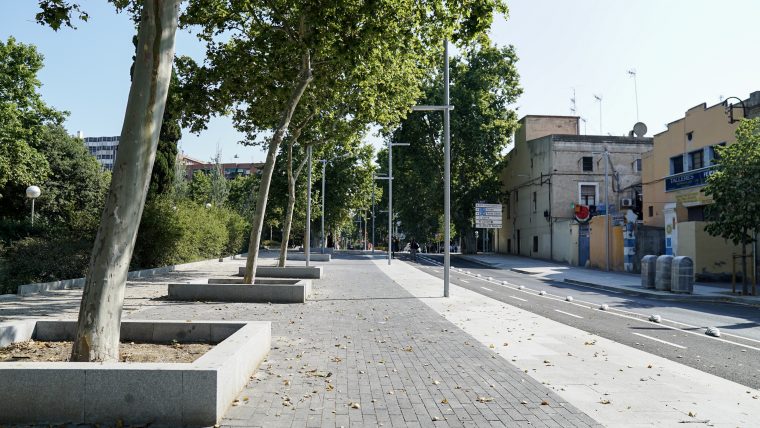