The second green rooftops competition promotes new green terraces in the city, with citizens participating and taking the lead. The aim is a healthier, more liveable, sustainable and self-sufficient city, which also helps improve air quality and regulate the temperature in the face of the climate emergency. The transformation of the ten winning rooftops adds 2,055 square metres of urban greenery, with 362 homes to benefit. 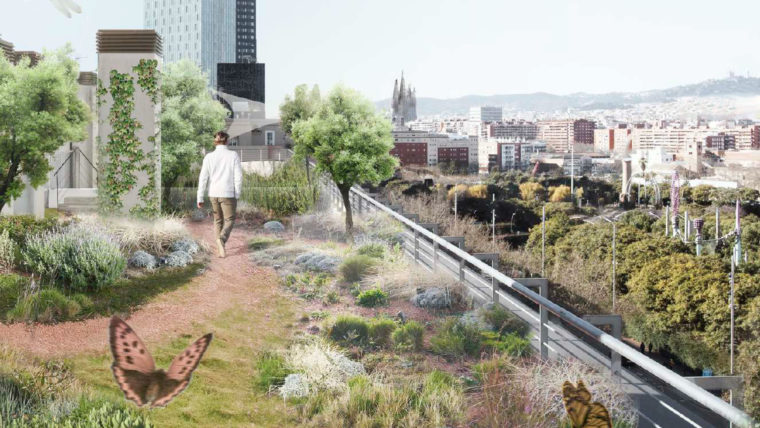 The second green rooftops competition by the Municipal Institute for Urban Landscape attracted 47 projects, 33 of which progressed to the second stage. The ten winning projects and ten runners-up came from these. Work on the projects should start this year and be completed in 2022.

The ten winning projects will get a subsidy covering 75% of the cost, up to a maximum of 100,000 euros per rooftop. The ten runners-up (from the 11th to 20th place in the classification) will get 1,500 euros towards technical costs. The projects were evaluated according to the following criteria:

The selected proposals include elements such as cultivation areas for self-supply, collection of rainwater, renewable energy installations, compost and organic waste areas and recreational areas.

All the participating projects which were not selected, as well as other owners or tenants in other buildings who are interested in creating a green rooftop, can apply for the subsidies for the protection and improvement of urban landscape, which make funding available for these projects.

The first green rooftop competition was held in 2017, attracting 45 projects. The ten winning projects accounted for an additional 5,500 square metres of greenery for the city.

Besides helping to make Barcelona a resilient city in the face of the climate crisis, green rooftops offer a social and collective benefit for local residents, who gain spaces in their buildings where they can spend time and pursue activities which foster social cohesion.

The declaration of the climate emergency in Barcelona, signed a year ago, sets out action to boost greenery on the city’s rooftops, taking into account the compact nature of the city and its high residential density, with a deficit in green spaces. In this move to redress the current model and improve environmental conditions in the city, the declaration opts for the development of green rooftops and façades which generate energy in the city. 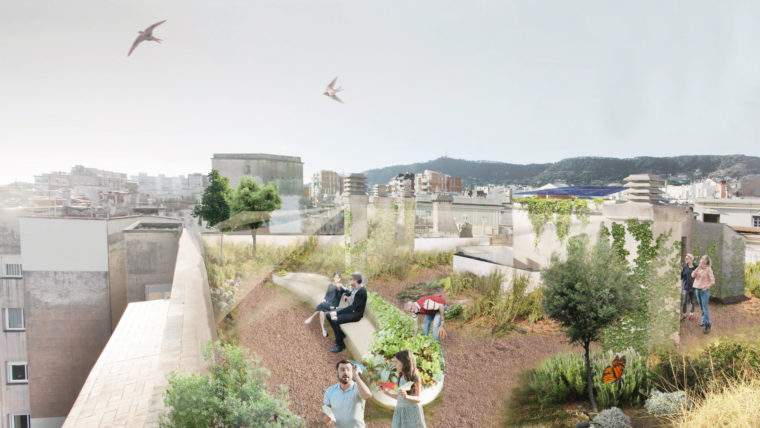