“The avalanche of solidarity makes us strong. Barcelona is a city of peace, open to the world and proud of its diversity”

The Mayor of Barcelona, Ada Colau, has offered the City Council’s condolences to the victims of the terrorist attack this Thursday, on the Rambla, and their families. The Council has called for a minute’s silence at 12 midday this Friday, in Plaça de Catalunya, and three days of official mourning have been declared.. 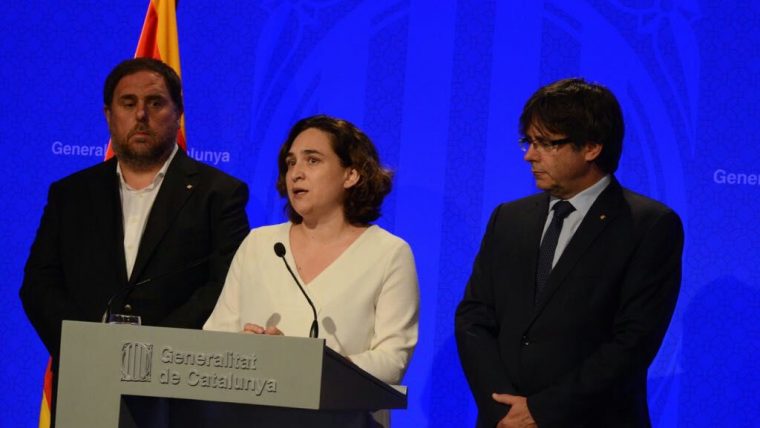 Ada Colau welcomed the rapid response of the police and other emergency services following the terrorist attack on the Rambla, which has left 13 dead and over 100 people injured, 15 of them very seriously. She spoke of an avalanche of solidarity from the public in the social media, from hundreds of local councils in Catalonia, the Spanish State and throughout Europe that have offered Barcelona their support, and from the political leaders of other public authorities.

“Solidarity is very useful, it makes us strong. Barcelona is a city of peace and democracy. Brave and open to the world. Proud of its diversity and cosmopolitan. And it will continue to be so. The cowards that have tried to sow terror will not succeed”, she said.

As a demonstration of the city’s condemnation of the attack and its solidarity with the victims and their families, a minute’s silence has been called for 12 noon this Friday, in Plaça de Catalunya. “We will hold a minute’s silence to show we are against barbarism and are not afraid. Later we will organise other acts against this terrible attack”, said the Mayor.

The municipal Basic Emergency Plan is still in place, as are the Barcelona Emergency Centre services, and a special phone number (900 400 012) has been set up for the families of victims through the emergency number 112.