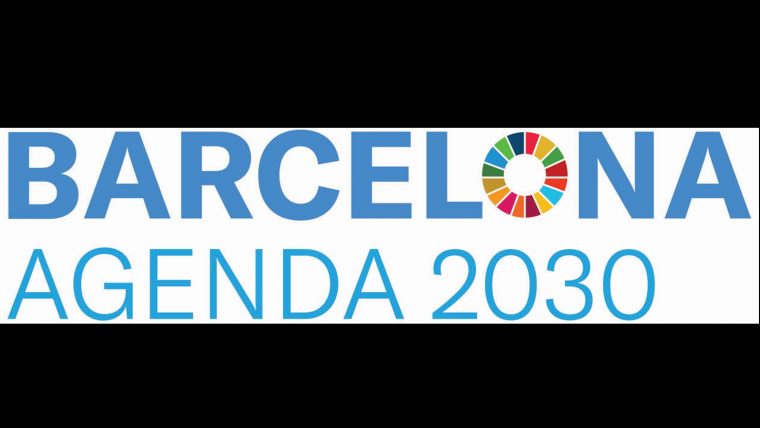 The Councilor for International Relations, Laura Pérez, has launched at the plenary of the Municipal Council the report on the implementation of the Sustainable Development Goals (SDGs) in Barcelona and also a work proposal to make it possible for the city to achieve them. The 17 SDGs set up the 2030 Agenda for Sustainable Development, which has been adopted by the 193 member states of the United Nations. The Agenda considers that the city governments are necessary to achieve sustainable development.

For the Councilor, the SDGs “connect very well with the organizational culture of the Barcelona City Council, which is based on strategic thinking, comprehensive approach to problems, participation and innovation”. In this regard, she remarked that in this international agenda “the principles of inclusion and equality have a constant presence, from which derives the mandate to leave no one behind”. Pérez also stressed that Barcelona can play an important role in promoting the 2030 Agenda, which is also “an opportunity to relaunch international cooperation, also in such a complex and necessary area as the Euro-Mediterranean region, now that we are close to the 25th anniversary of the Barcelona Declaration“.

On the other hand, Pérez considers that it is not just a municipal agenda, but an agenda of the city, “that of the ambitious, brave, nonconformist and supportive Barcelona, against despair, against cynicism and against democratic and social regression“. In this sense, the Councilor has opened the door “to alliances, in the City Council and with all sectors of the city”.

The report, which has 45 pages plus several annexes and collects the work of the interdepartmental working group on location of the SDGs led by the Municipal Data Office, specifies the five key elements of the roadmap that the City Council should follow to “locate” the SDGs:

1. The assignment of political and technical responsibilities and the creation of a commission with representatives of the main areas of government, in order to make operational and measure the performance of the SDGs in the various sectors and territories.

3. The monitoring and accountability, at least annually, through a specific report submitted to the municipal plenary, the participation bodies and public opinion. It will be necessary to have a system of indicators to measure the degree of progress of the city with respect to the SDGs, with a vision compared to other cities.

4. The promotion of social involvement and citizen participation in the environment of the SDGs, through school, culture and the media; also through processes and spaces of citizen participation, and agreement between the public sector, the business sector and the associative sector.

5. The municipalist leadership, which involves strengthening the projection of Barcelona in city networks, but also legitimate pressure on the Catlan Government, the Central Government and European institutions, for them to collaborate with cities in the implementation of the SDG, without skimping the municipalities the complicities, the competencies and the resources that are necessary to achieve it.

Access to the report in BCNRoc portal (in Catalan)