The City of Christmas fills with culture, life and traditions

An extensive cultural programme to suit all types and ages is being held in the city to celebrate the festivities. Shows, nativity scenes, fairs, concerts, New Year’s Eve, Three Kings… To make Barcelona a benchmark in Christmas celebrations, a multitude of activities will be bringing the streets to life in the City of Christmas’s ten districts. 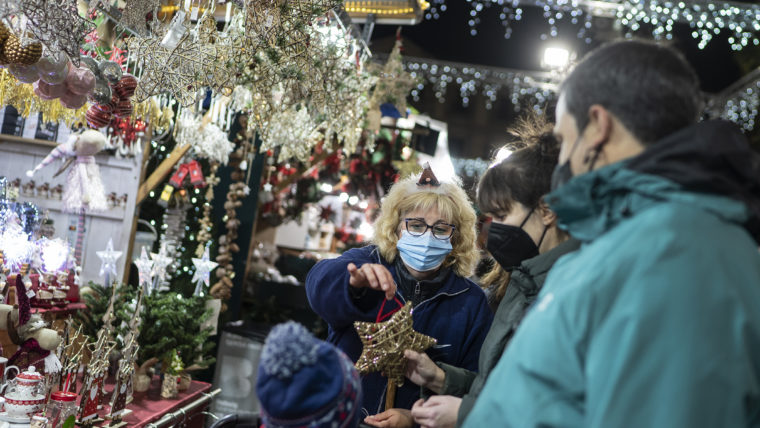 The city’s residents and visitors will be treated to a whole host of proposals this Christmas to celebrate the festivities in the City of Christmas, which began with the traditional switching-on of the Christmas lights. We offer you a summary of the Christmas programme’s highlights.

This year’s Christmas lights are reaching even further than ever. Several streets are being decked out for the first time, more than a hundred extra kilometres of public roads are being lit up and a new lighting design is premiering on three of the city’s roads.

The artist David Giribet has designed this year’s decorations and lights for the Christmas tree in Plaça de Sant Jaume, standing 15 metres high. The materials here will be reused or recycled for other initiatives.

You can visit more traditional nativity scenes at the Museu Marès and Monestir de Pedralbes.

Plaça de Catalunya is once again the setting for the Barcelona Christmas Festival, from 18 to 30 December. Morning activities and workshops will be presented for families to enjoy the Christmas festivities. Music, films and the performing arts will be the programme’s star attractions in the afternoons and evenings.

“Merry Christmas(ses)”, for building a narrative between us all

Plaça de la Universitat will be offering “Bon(s) Nadal(s). Contes reescrits per la ciutat de Barcelona” [Merry Christmas(ses). Tales re-written for the city of Barcelona], from 17 to 30 December, an interactive Domestic Data Streamers installation for discussing the new customs and values of this time of the year. Questions will be raised every day on Christmas topics, such as gifts and meals, with the aim of building a collective narrative that reflects the current, diverse ways we have of experiencing and celebrating the festivities.

Christmas Sounds: the soundtrack for these festivities

A total of one hundred live and free concerts have been planned for between 17 and 31 December, taking place in every district. A total of 42 jazz, indie, pop, flamenco, ambience and classical music groups and performers with the city’s six music agents: Primavera Labels, Cruïlla, Associació de Músics JM, Taller de Músics and Conservatori Liceu.

This year’s Christmas Carol, what’s more, was composed by The Sey Sisters, and it features all the joy of the festivities out in the street and our wishes to meet up again with our loved ones.

The seventh edition of the Responsible Consumption and Social and Solidarity Economy Fair takes place in Plaça de Catalunya from 17 to 30 December (except on 25 and 26 December). A total of 29 booths and the Espai Consum Responsable will be offering a wide range of crafts products, clothes, books, packaged food, cosmetics, toys and other small items. An ideal space for purchasing Christmas gifts and for promoting fair, sustainable and local trade.

The traditional Santa Llúcia and Sagrada Família fairs are already open, on until 23 December. The Sant Tomàs Fair can be visited along Gran Via from 17 December to 5 January.

The New Year’s Eve celebrations are being resumed along Av Reina Maria Cristina. We’ll be seeing off the year on 31 December, from 9.30 pm to 12.15 midnight, with a show featuring lights, fireworks, music, magical figures and large-scale projections.

The Three Kings of the Orient are already on their way

Their Majesties will be arriving on 5 January at Moll de la Fusta wharf on the Schooner the Santa Eulàlia and parading along the city’s streets with their retinue and magnificent carriages in an event packed with music, partying and shows.

Kings of the Orient Factory

Before the Three Kings reach Barcelona, the Fabra i Coats will turn into the Kings of the Orient Factory between 28 December and 4 January, a magical and exciting venue for discovery and learning with Their Majesties’ helpers. Recycling, diversity and safety will be the points of action at this year’s Kings of the Orient Factory. Requires prior booking (from 13 December on).

Many other venues in Barcelona’s neighbourhoods will be celebrating the City of Christmas with various proposals: Poble Espanyol, the Sant Pau Modernista complex, the Sagrada Família, Fira Barcelona, Park Güell, the Monestir de Pedralbes and Tibidabo, to name just a few. Discover the full programme from the Christmas website. 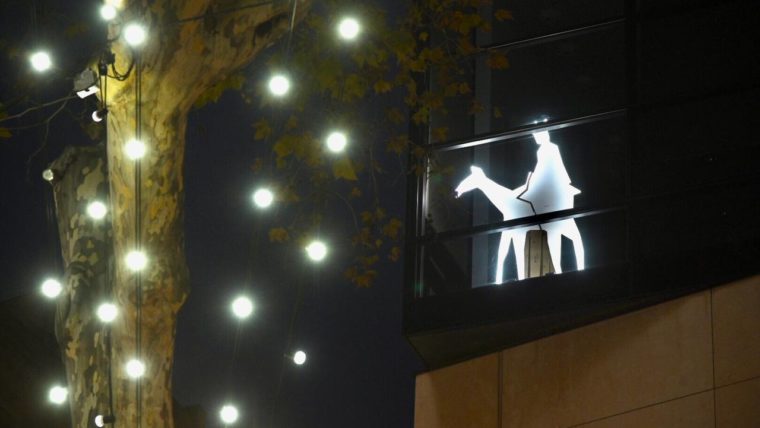 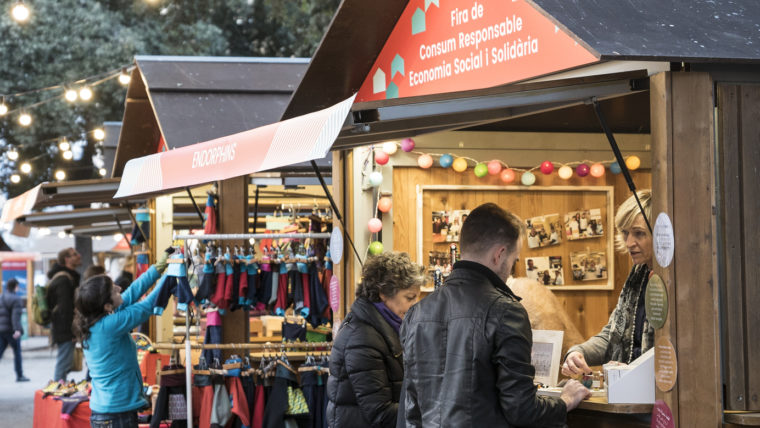 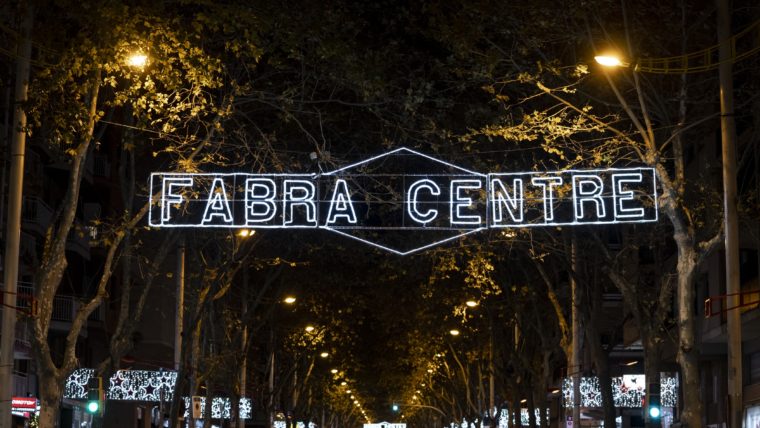 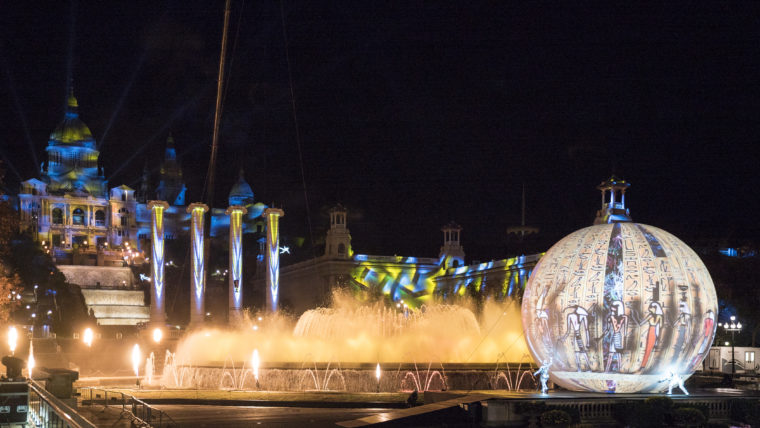 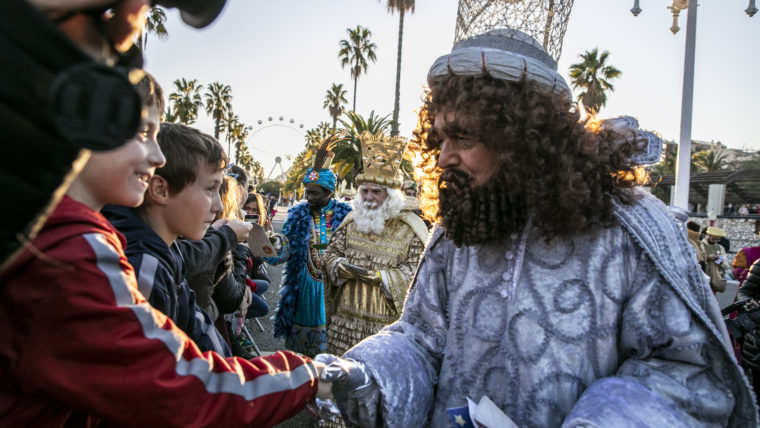