It’s two years since the referendum on 1 October, when the hefty police response left over a thousand people injured around Catalonia, a third of them in the city of Barcelona. Since then the City Council has gone the courts in all the legal cases brought and managed to get all the commanders in the police operation investigated. 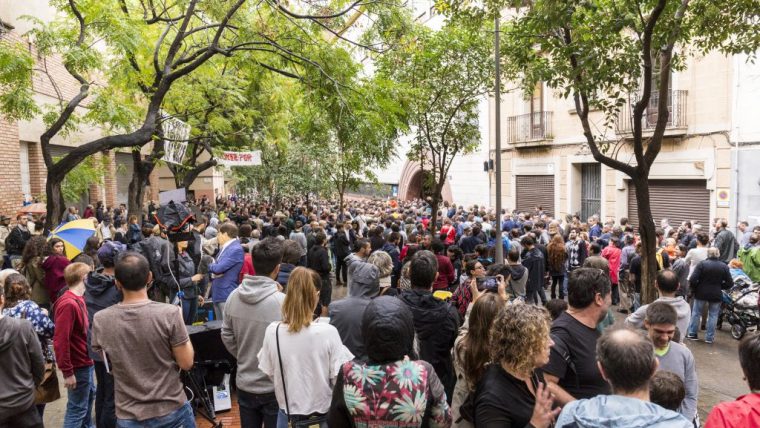 [Full details on the judicial inquiry]

Since the first judicial case was opened in Barcelona’s first instance criminal court number 7 against the police operation of 1 October in the city, 274 people have formally brought cases. Their accounts are an addition to the graphic contributions and videos by members of the public, collated in ensuing months via the email address victimes1oct@bcn.cat.

The evidence means that two years on, 90 officers from the National Police corps who took part in the operation have been identified and 50 of them are being investigated.

All inspectors in charge of the operation investigated

The case brought by the City Council sustains that the police action at the 27 schools in Barcelona and around Catalonia did not correspond to uncontrolled officers acting on their own account, but rather a pattern of action which is repeated. This would mean that the operation was either designed to cause panic and demobilise people, or that the design of the operation was a mistake.

This has led to a group of eight officers at the head of the operation being called to declare on 24 and 25 October as the highest police command on the ground for the police operation of 1 October.

The main accusation being brought has 27 cases to it, corresponding to the 27 schools in the city, each with their own particularities. During the investigation, 18 cases were disregarded due to a lack of videos or images, the impossibility of identifying the officers involved or because the force used was deemed proportional.

Now 14 of these original cases have been reopened thanks to appeals lodged by the private accusation brought by Barcelona City Council. In all, there are 22 judicial cases in progress, 4 which have been disregarded with an appeal lodged by the City Council and another disregarded which corresponds to the Escola Tomàs Moro, in Nou Barris, where there was no material damage.

Municipal response to the events of 1 October

On the same afternoon of 1 October, the generalised violence by the National Police at 27 city schools prompted the immediate mobilisation of the City Council. The Office for Non-Discrimination and Irídia, the Centre of the Defence of Human Rights, activated a support service offering help and legal support for those injured.

Between 2 and 20 October 2017, the service attended to nearly 300 people. Thanks to the legal and psycho-social support provided, 298 people presented cases to Barcelona’s first instance criminal court number 7, which opened investigations into 27 separate cases. 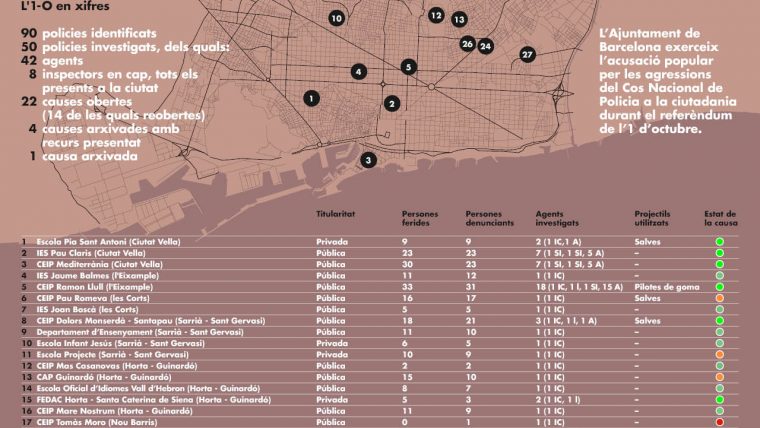