Three months of activities about the past, present and future of HIV and AIDS 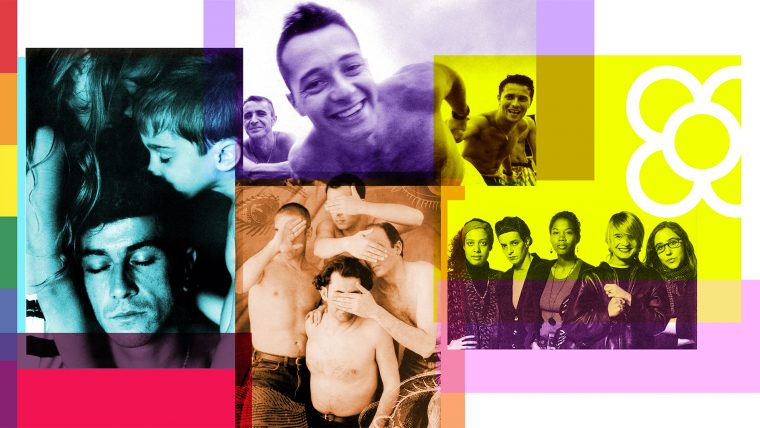 In anticipation of the upcoming World AIDS Day, the LGTBI Centre in Barcelona is starting a new quarterly series of activities devoted to reflecting on, discussing and learning about the current and future challenges of HIV/AIDS.

The exhibition Positive People HIV/AIDS, local narratives of a global story is the core theme of the new programme. The exhibition, which is curated by Nancy Guerín and Linda Valdés, takes us back to the 1980s and 1990s to activate our memory of the movements and groups of Barcelona that successfully created spaces of resistance to the AIDS crisis. Using documents and materials provided by artists and organisations, we will travel to the start of AIDS activism, which was able to work in a broad range of care-related areas, including prevention, research into treatment, the vindication of rights, the generation of information, and mutual care and support, among others. ACT UP Barcelona, the Anti-AIDS Citizen Committees, Casal Lambda, FAGC, Coordinadora Gai – Lesbiana, Stop SIDA, SIDA STUDI, ACTUA, Projecte dels Noms-Hispanosida and Gais Positius are some of the local organisations referred to in the exhibition, together with other artists and associations from other parts of Spain (such as COGAM, La Radical Gai, LSD, Miguel Benlloc and Pepe Miralles) and from other countries, such as Brazil, Mexico and Chile.

The series of activities, which shares the exhibition’s name, also aims to get closer to the organisations’ fields of work and to the lines of research on HIV/AIDS pursued by various academics. A number of conferences have been organised for this purpose. The programme of talks started this week (4 November at 6.30 pm) with Mercè Meroño, president of Comitè 1r de Desembre, who analysed the scopes of action and challenges still facing the Social Pact, the agreement under which the fight to end discrimination against people living with HIV is being carried out by means of associations. On 11 November, STOP SIDA programme coordinator Luis Villegas will provide an analysis of the Chemsex phenomenon; while 18 November will see UAB lecturer José Luis Terrón talk about the stigma that is still today spread by the media.

Coinciding with the recent approval of pre-exposure prophylaxis, BCN Checkpoint president Ferran Pujol will give a talk on this HIV prevention strategy and how PrEP Point works (2 December). On the other hand, Montse Pineda, coordinator of political advocacy at Positive Creation, will talk about the need to include a gender perspective in the approach to HIV/AIDS (9 December); and writer and academic Isaias Fanlo will take us back to the 1980s and 1990s to explain how the Catalan cultural scene responded to the AIDS crisis (19 December). The last lecture will be given by Julio Gómez, general coordinator of Trabajo en Positivo, who will tackle the issue of the discrimination at work to which people living with HIV are still subject (13 January).

The art of film has not been oblivious to the HIV/AIDS crisis. For this reason, Antoine Leonetti, co-director of the exhibition FIRE!!, has curated for the LGBT Centre a selection of films based on HIV/AIDS-related aspects ranging from the activism of ACT UP to the fear of Discrimination as well as the grief of losing loved ones. The film that kicks off the cycle (6 November) is the romantic comedy Jeffrey’s, the story of a man who decides to stop having sex for fear of contracting AIDS, until he falls in love with a man living with HIV. The successful French production 120 Beats per Minute (20 November), as well as Sorry Angel (4 December), Peter’s Friends (18 December) and Savage Nights (8 January), will also be screened.

Following the success of the three historic routes carried out as part of the Barcelona-Stonewall cycle, historian Leopold Estapé has designed La malaltia i l’estigma, del càstig públic al VIH i la sida [Illness and stigma, public punishment for HIV/AIDS]. In this route, which will start on Saturday, 14 December at 5.00 pm at Plaça Universitat, Estapé will propose a journey through those parts of the city that remind us of how diseases that have at different times in history given rise to stigma and discrimination as a result of misinformation, dogma and moral prejudice have been addressed. Among other places, the route will include Plaça Universitat (to talk about scientific evidence and denial), Carrer Tallers (to bring back memories of activism), and Plaça dels Àngels (to highlight Keith Haring’s mural).

Literature and writing, a leading role

The writer Sebastià Portell will be in charge of facilitating a new session of the LGTBI Centre’s Book Club. On this occasion, Portell will propose the reading of Reinaldo Arenas’ Before Night Falls in order to learn about the author’s testimonial as an HIV-positive anti-Castro dissident; Maria-Antònia Oliver’s Tallats de lluna, a love story that transcends the boundaries of gender, out-of-date views of what couples should be and the traditional notion of health; and Michael Cunningham’s The Hours, which tells of writer Richard Brown’s experience of being HIV-positive.

In addition, the LGBTI Centre will for the first time hold two creative writing workshops. The first one, to be held on 8, 15, 22 and 29 November and on 5 and 13 December, is entitled Arxiu sexual (im)propi [(In)appropriate sex file]. Based on a critical and queer method, Duen Sacchi and Magda De Santo will propose the creation of unique sex files and writing experiences based on photographs, choreographies, letters and clinical histories. The baton will be picked up, on 21 and 23 January, by Diego Falconí, who will coordinate La literatura seropositiva llatinoamericana: corpus i cos [Latin American HIV-positive literature: corpus and body], a workshop that will invite attendants to practise writing with the help of extracts of works by Reinaldo Arenas, Fernando Vallejo, Martha Dillon and Luis Negrón.

On the other hand, on Monday, 16 December the Centre will host the presentation De vidas y virus. VIH/SIDA en las culturas hispánicas [On lives and viruses. HIV/AIDS in Hispanic cultures], the new book in which Rafael M. Mérida explains how literature, the arts and the audiovisual genres have managed to raise awareness and support a number of activist movements.

As part of the Gent Positiva [Positive People] cycle, next Wednesday, 27 November, the LGTBI Centre will host the events to celebrate the 25th anniversary of Gais Positius, one of the facility’s resident organisations. The association, which was founded in 1994 by a small group of HIV-positive gay men who had contacted Coordinadora Gai Lesbiana for information and support, has organised a round table on the future challenges facing people living with HIV as well as the screening of the documentary 30 anys positius [30 positive years], by Lulú Martorell and Roger la Puente.