Traffic will be affected this weekend due to road surface repairs

This weekend Barcelona City Council will begin a series of interventions to repair the road surfaces damaged in October when demonstrations to protest against the sentences in the trial of Catalan political leaders were followed disturbances and other incidents. These interventions will affect the Ciutat Vella and Eixample districts will last from this Saturday to the end of the year. 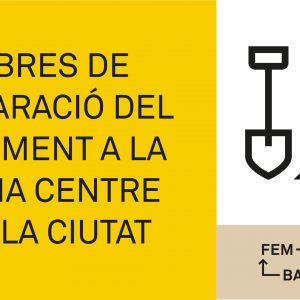 The street surface improvements will continue gradually on different working days until the end of the year. Most of the work will be carried out during the day in central parts of the city, so it will have a big impact on mobility. The city police (GUB) will be responsible for the corresponding diversions in order to keep them to a minimum while ensuring people can continue their journeys.

Streets affected on 30 November, and 1 and 2 December