Twenty-five medals for people who make Barcelona a better place

The final full council meeting of the current term of office approved Barcelona’s medals of honour for 2019. The awards are the City Council’s way of recognising city people and entities which promote citizen awareness, harmony and civic values through their professional work, or their role as associations in the sphere of participation, volunteer work, associations, sport and culture. 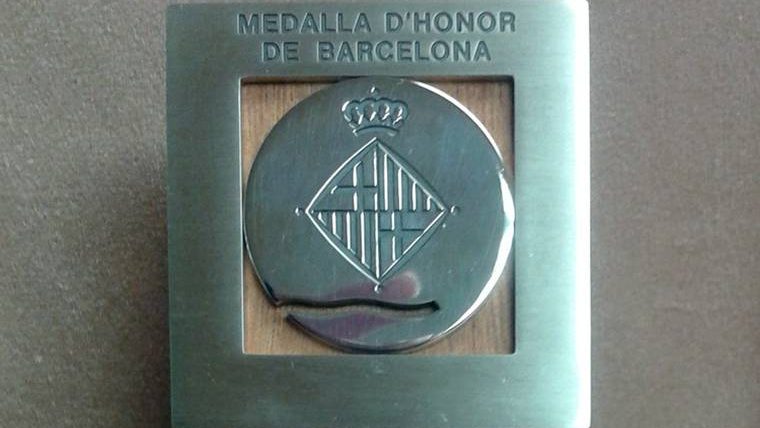 Every year 25 medals are awarded, 5 by the full council and 20 by the districts. The medals recognise the work of organisations and individuals in the realm of community action and participation, the defence of people’s rights and dignity, action by local people committed to improving the city’s neighbourhoods, culture, leisure and sport.

Three proposals for posthumous medals stand out this year. Joaquín Calvo Jaques, former president of honour at the Reial Club de Polo de Barcelona, chair of the Cercle del Liceu and member of the City Council, was recognised for his public importance in fostering sport and culture. Recognition also went to Joan Balañach Lloret, member of the Sagrada Família residents’ association, second vice-chair of the Barcelona federation of residents’ association and vice-chair of the City and Tourism Council, as a leading figure on housing matters, public space and tourism in the field of local residents’ associations. Finally, Ramon Calabuch, Moncho, Gràcia’s king of bolero, part of the musical memory of many city residents, in recognition of his artistic career.

Barcelona medals of honour for 2019

The full council awarded medals to:

The full council also approved the gold medal for civic merit for the Escola d’Adults de la Verneda – Sant Martí in recognition of over forty years of work for community life in the neighbourhood of La Verneda, promoting learning and volunteer work.

Approval was also given to award the gold medal for sporting merit to Juli Pernas for his extensive professional devotion, from the municipal administration, to managing sport in Barcelona. Also, for his complementary sports trajectory, mainly devoted to federated and Olympic sport.