The animals spent nearly a year in two recovery centres to improve their survival prospects, as proposed by programmes for managing and conserving the species. 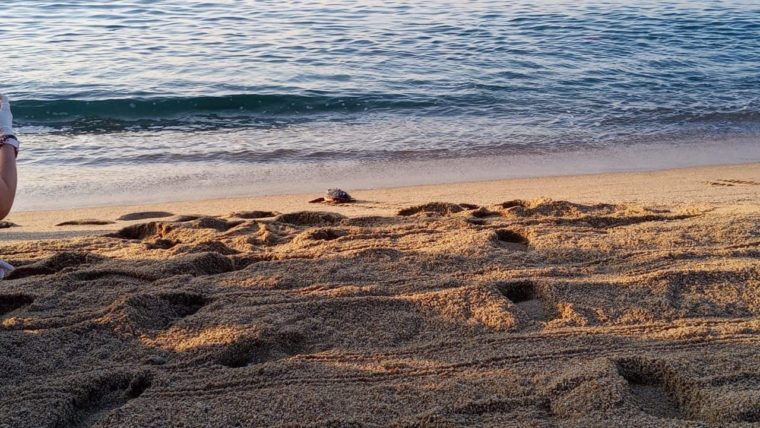 More and more turtles are using the western Mediterranean for nesting, a recent phenomenon resulting from the animals adapting to warmer temperatures in their traditional laying areas. This has prompted interest in the world of science, to be able to develop strategies for conserving the species.

In the case of Barcelona, it was in July 2020 that a group of young people heard some strange noises in an area of the beach where work was being carried out, and drawing closer they saw a large turtle very visibly shifting sand. They alerted experts and the next day the nest was identified, becoming the first one of its type to be recorded in the city. The 77 eggs laid by the turtle resulted in 72 baby turtles being born, 90% of which have been able to go to sea. This represents a success, given the high mortality rate for this species.

The liberation process, closed to the public due to the current health situation, was attended by representatives from: the Government of Catalonia, the CRAM, the CT BETA at the University of Vic – Central University of Catalonia (UVic-UCC), Barcelona Zoo, Barcelona City Council and the organisations which managed over 500 volunteers who helped look after the nest, coordinated by the Beach Centre: Anèl·lides, Ocean52, Oceanogami, No Mas Colillas and the WWF.

As we are still in the middle of the breeding season, remember that if you see turtles on the beach you should not disturb them and call 112 immediately. 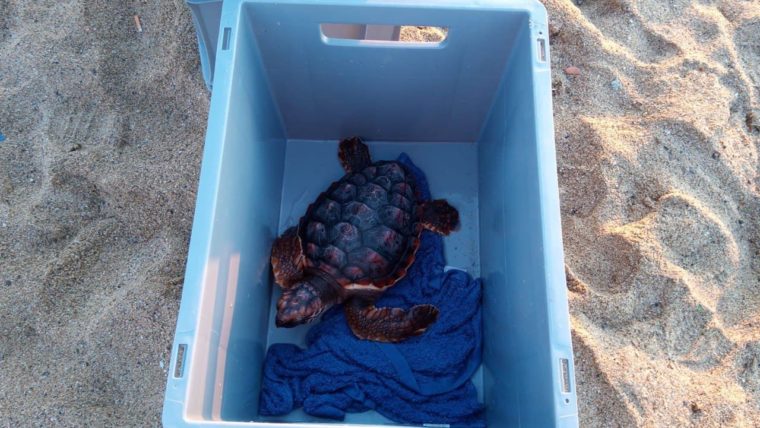 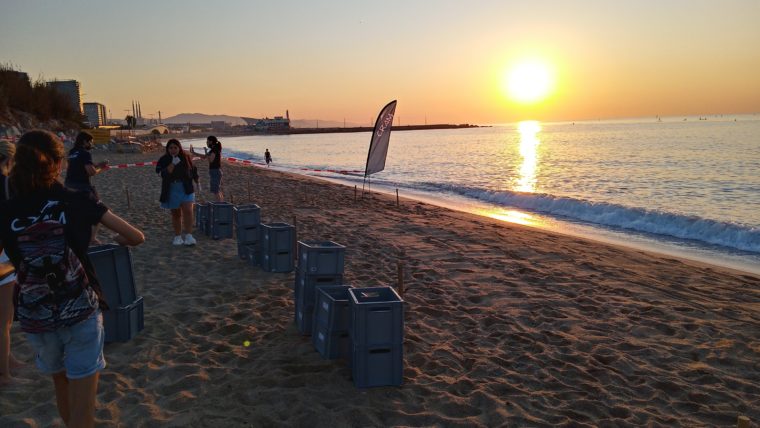