Work continues to make the cycling network bigger and better

Work is now under way on a new one-way section of bike lane in Carrer Nàpols, between Travessera de Gràcia and Carrer València, while sections in Avinguda Diagonal, Gran Via and Ronda Guinardó are due to be completed between March and April. 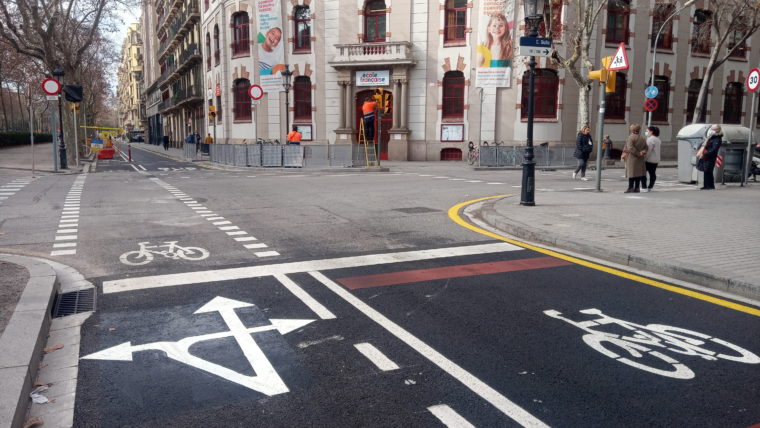 Work continues to make the city’s cycling network bigger and better. As announced in October, and in line with the goals of the Urban Mobility Plan (PMU) 2024, a further 32.6 kilometres of bike lanes are to be built and 11.7 kilometres of existing lanes improved. The goal is for the network to cover a total of 272.6 kilometres by 2023.

Work is under way to create a one-way bike lane in Carrer Nàpols, between Travessera de Gràcia and Carrer València. This new section will improve the connectivity of the cycling network heading in the direction of the sea, linking the lanes in Travessera de Gràcia, the streets of Indústria, Rosselló, Provença, Mallorca and València and Avinguda Diagonal.

The creation of the new bike lane will reduce the number of traffic lanes for motor vehicles to one. Work will be carried out in two stages, starting with the section between Travessera de Gràcia and Carrer Provença. This will be followed by a second stage, taking the lane as far as Carrer València. The lane is expected to open early in April.

The various improvements to different sections started at the end of the year are expected to be completed between March and April. Work to expand the network and make it better are being carried out in different bike lanes in Avinguda Diagonal, Gran Via and Ronda Guinardó.

At the same time, various other improvements are being made to different sections of bike lanes around the city and are due to be completed in March or early April.

One example is the bike lane in Avinguda Diagonal, between Plaça Pius XII and the Parc de Cervantes. This project concludes and improves the bike lane in the avenue so that it reaches Esplugues.  In some sections this project shifts the current lane from the pavement onto the road surface and in others it creates a new segregated two-way cycling infrastructure. The work also adds a large number of bike parking points.

March should also bring the end of the work on the bike lane in Gran Via, between Carrer Pau Claris and Carrer Marina. This project shifts the current bike lane off the pavement, freeing it up for pedestrians and creating two new segregated bike lanes on the road surface in the side lane.

Another project in progress is the bike lane in Ronda Guinardó, between Carrer Vinyals and Carrer Cartegena. Two new segregated one-way bike lanes are being built here, giving continuity to the current lane in Ronda Guinardó. This bike lane is a citizen proposal and is the first project to be carried out among the winning projects in the participatory budget process.

Finally, improvements are also being made to the bike lane in Passeig de la Zona Franca, with work on the agglomerate and the traffic light system. In this case, the project is due to be completed during the first six months of the year.

Upcoming projects will see work get under way in April in the bike lane in Avinguda Diagonal, between Passeig de Gràcia and Passeig de Sant Joan. This will shift the current lane off the pavement and onto the road surface, freeing up the pavement for pedestrians and adding two segregated one-way bike lanes in the central road section. 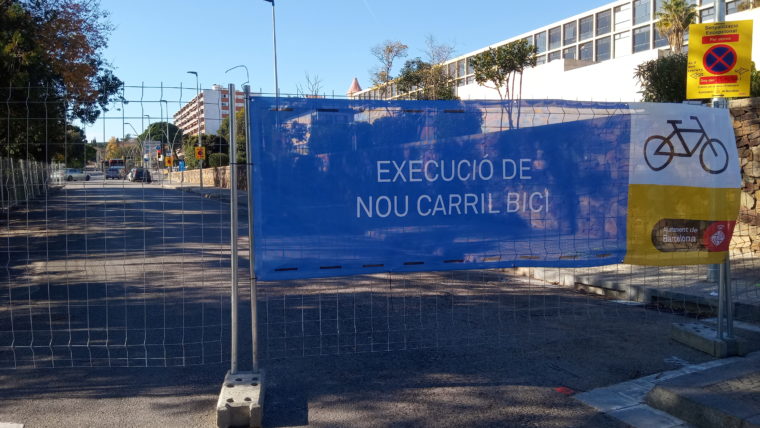 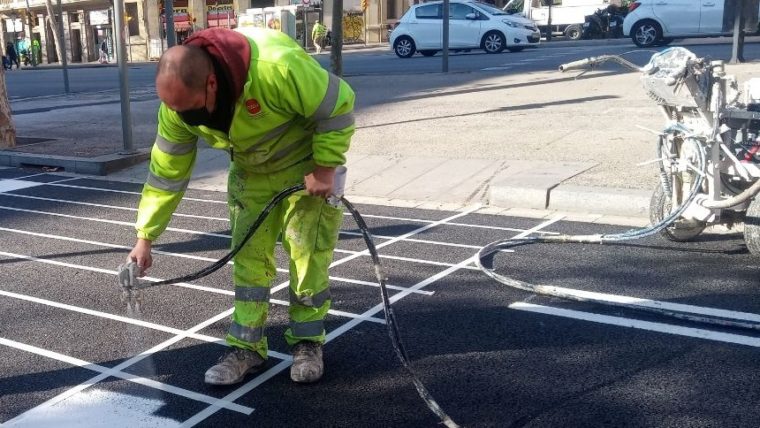