The first projects to be implement will be an all-through school, a multi-purpose sports hall, the energy supply system and the memorial space. 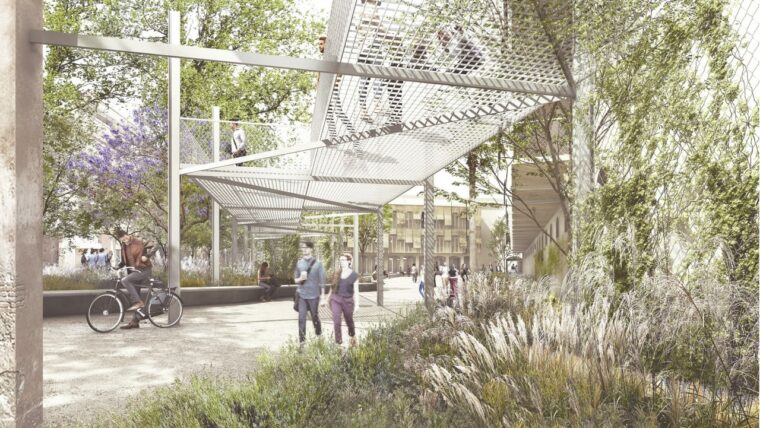 The proposed transformation entails the renovation of the administration buildings, maintaining their volume. These are in C/ Entença, C/ Tallers and C/ Nicaragua. The panoptic tower will also be maintained, highlighting the value of the three main constructions at La Model without adding new construction elements or distorting or altering existing heritage.

The Tallers building and the panoptic tower will be enlarged to create a new image and new dynamics between the inside and the outside. The site will also include a large urban park, minimising demolition work and new construction to reduce the environmental impact and cost. In addition, the document sets out the seven public facilities and spaces which will provide service for the neighbourhood and the city: the memorial space, an all-through school, a nursery school, an assisted residence, a multi-purpose sports hall, a young people’s space and others for the social and solidarity economy.

The public housing in the wings coming off the panoptic tower should have 121 homes in all. These will be homes with services, designed for young people and the elderly and distributed across three floors. The plan for the space in the panoptic tower should be used to create a large central square, a multi-purpose space and exhibition spaces on the first floor. It should also house an energy centralisation space, with geothermic, solar, freatic and aerothermic installations to power the site.

The first projects to be implemented will be the all-through school, the sports hall, the energy supply system and the memorial space. The projects for these should be drafted and public tender processes launched early in the year, with an expected budget of 2 million euros. The goal is for the first stage of the projects to be operative between 2026 and 2027.

For the moment, the increase in the current provisional uses of La Model is under way with the work and studies for short-term action, as called for by local people and organisations in the Esquerra de l’Eixample neighbourhood. The drafting process is under way to open a provisional inner quadrangle with a revamp of the courtyard, as is the drafting of a project to condition the first floor of the Entença building for use by local people. An analysis is also being made on the current state of repair of the façades and the recovery of the multi-purpose sports court between the third and fourth wings.

Finally, a display is to be organised to explain to local people what is going on at La Model and what will happen inside the building. The exhibition ‘La Model es transforma’ will have four themes: housing, facilities, green space and memory, around three exhibition spaces (the façade, the Entença courtyard and the street corners). The exhibition should open to the public in mid-November.

By way of consolidation, the current planning regime needs to be updated and an Amendment to the General Metropolitan Plan (MPGM) made so that the site is classified as a facility and open area, allowing for the planned set of public facilities to be cerated. This change to planning will be taken before the Commission for Ecology, Urban Planning, Infrastructures and Mobility for initial approval next Tuesday. 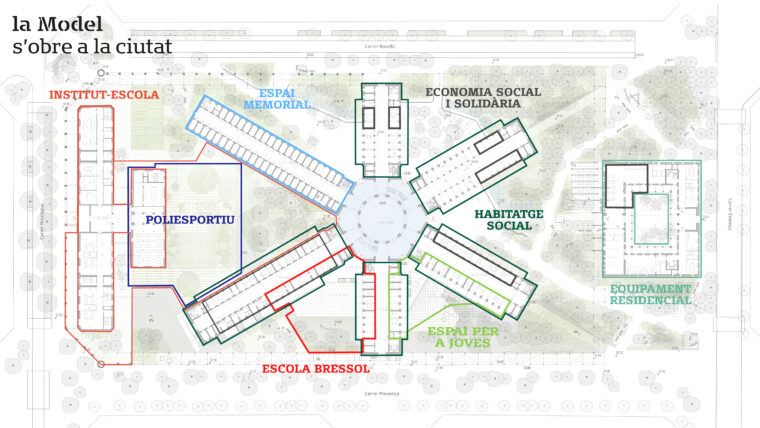 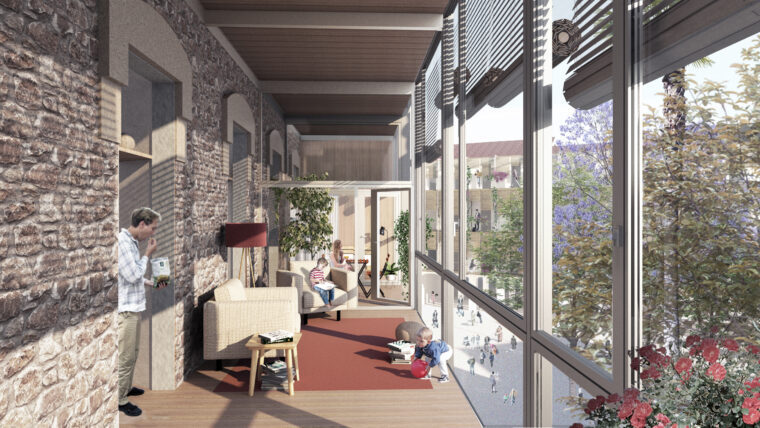 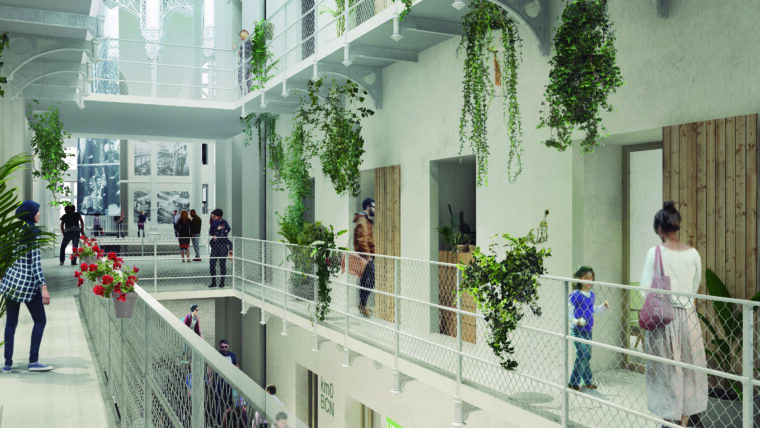