Some 26% of exhibitor companies and organisations will be joining the event for the first time. 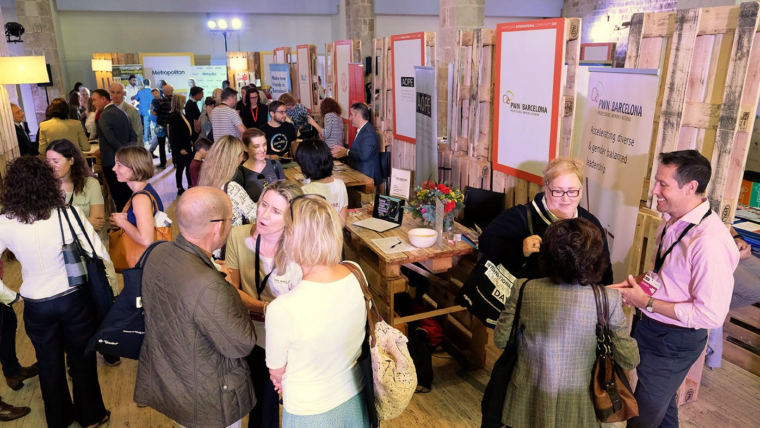 Barcelona International Community Day includes an area featuring some eighty exhibitors, distributed in various types of stands. Companies, organisations and associations from the various sectors making up the ecosystem of international talent in Barcelona will be exhibiting products, initiatives and services aimed at members of the community.

Barcelona International Community Day takes place on Saturday, 22 October, at the Museu Marítim. Promoted by Barcelona City Council, the event has become firmly established as the main welcoming, meeting-up and networking space for anyone who has chosen Barcelona to live and work in. It will share the city’s resources and opportunities with the community to facilitate the landing and integration of newcomers, so they can develop their professional potential as they become Barcelona citizens.

A cross-cutting fair with every service

As ever, this annual event offers a large variety of exhibitors. You will be able to find businesses, institutions and organisations linked to various sectors, such as finance, with Banc Sabadell; real estate, with Lucas Fox and Barnes Barcelona; and the medical sector, with Mapfre and Sanitas Poblenou, to name but a few. Another important area is legal and business services, which will be represented by Balcells Lawyers Group, Integra Advisers, Klev&Vera, Page Personnel and Eres Relocation.

There will also be representatives from the cultural sector, such as Biblioteques de Barcelona, the Institut Confuci and the ICUB; from the education sector, with several business schools, including La Salle-URL and ESIC; and the realm of sports, with Bonasport, Club de Golf de Barcelona and Club Natació de Barcelona. The fair is an opportunity for all of these to present and explain what they offer among those attending.

Other notable exhibitors include Barcelona Activa, Barcelona Digital Talent and the European Chambers of Commerce in Barcelona. And there will even be a stand for the City Police and the Barcelona Fire Service to share civic advice among the fair’s participants.

The fair also features associations such as InterNations, a community for ex-pats; Barcelona Women’s Network, a social club that promotes the creation of new relations between international women in the city; and Red Global MX Barcelona, which promotes research and innovation through synergies between Mexican professionals.

Among the 26% of new exhibitors at this year’s fair, notable newcomers include the DTI Foundation for donating organs to the world and several international schools, such as the Scuola Italiana di Barcelona, Learnlife and Barcelona High School.

Contact these organisations and plenty more at Barcelona International Community Day. Get your free ticket.