The first Deep Tech world congress is coming to Barcelona

The Barcelona Deep Tech Summit will bring together leading companies and experts in the sector to position the city as a key hub in science and technology-based entrepreneurship. 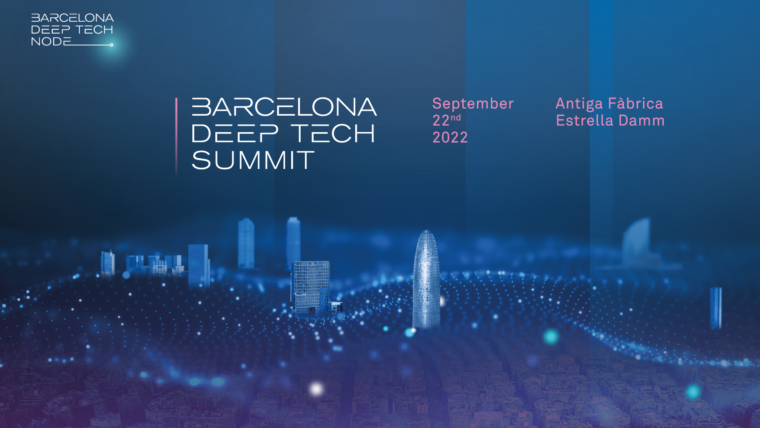 This coming 22 September, the Antiga Fàbrica Estrella Damm will host the Barcelona Deep Tech Summit, an international congress focused on scientific and technology entrepreneurship. The event will examine the global and economic challenges of deep tech and profile what start-ups emerging from universities and research centres are proposing.

The event will feature the participation of 500 specialists and more than 30 experts, in addition to large corporations and investment groups. International and local speakers from sci-tech companies and start-ups will be discussing topics on health, urban mobility, industry 5.0, quantum and “New Space”, as well as presenting the most ground-breaking strides made in these fields.

The Barcelona Deep Tech Summit was founded from the initiative Barcelona Deep Tech Node, promoted by Barcelona Activa and the five Catalan public universities: UB, UAB, UPC, UPF and UOC. This alliance aims to support science-based projects to provide them with more resources and tools to develop in the city.

The event will offer an investment forum with the co-participation of ESADE BAN and the presence of Business Angels and several investment funds, with funding of between 200,000 and 2 million euros. They will be aimed at start-ups with technology solutions ranging from blockchain, robotics, photonics to quantum computing, among others.

Barcelona deep tech is making a name for itself internationally

Barcelona is already positioning itself as a major hub in deep tech. The world ranking Nature Index places it among its Top 10 European cities in the scientific field, and according to the study Startup Heatmap Europe, Barcelona has around 13% of scientific start-ups, ahead of other cities such as Paris, Berlin and London.

In recent years, the city has consolidated investments, such as the one announced in conjunction with Intel for the creation of one microchip design lab at the Barcelona Supercomputing Center. Another example is the acquisition of the Barcelona start-up Vilynx by Apple, for more than 40 million euros.