Barcelona is taking a new step towards becoming an international leader in terms of high-performance computing. The Barcelona Supercomputing Center will host this joint project with Intel, which has been working closely with Barcelona since 2011. 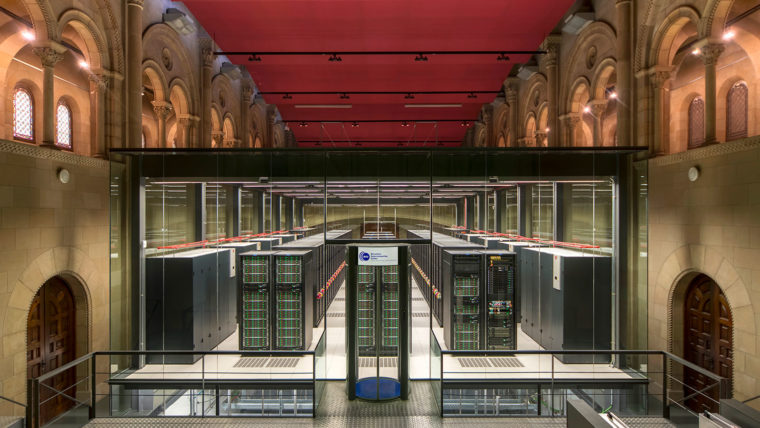 Intel will install a pioneering laboratory in the design of chips or microprocessors with RISC-V hardware at the Barcelona Supercomputing Center (BSC). These will be incorporated into the new generation of zettascale supercomputers, which are 1,000 times faster than today’s most powerful supercomputers. The initiative will receive investment totalling 400 million euros over the next 10 years.

The project forms part of Intel’s investment plan to contribute to Europe’s autonomy in the development of these kinds of chips. It is estimated that the project will create 300 highly skilled jobs and attract further international investments.

Intel has been working with Barcelona since 2011. The infrastructure of the Barcelona Supercomputing Center will host the Intel and BSC Exascale Laboratory, an R&D facility engaged in research into exascale computing.

What is the Barcelona Supercomputing Center?

Located in the Pedralbes district, the BSC is the Spanish national supercomputing center. It specialises in high-performance computing (HPC) and manages the MareNostrum, one of the most powerful supercomputers in Europe housed in the Torre Girona Chapel.

Since its creation in 2005, it has promoted HPC as an essential asset for the international competitiveness of Barcelona and Spain in science and engineering. It has a team of more than 760 R&D experts and professionals and continues to attract talent from all around the world in fields such as computer science, life and earth sciences and computer applications in science and engineering.

The centre has recently undertaken Quantum Spain, a major project that includes the construction and commissioning of the first quantum computer based on European technology. It will be operational at the BSC by the end of 2022, seeking to create a stable quantum computing ecosystem in Spain.

25 universities are participating in this project, as well as research and infrastructure centres across the country. Its aim is for Spain to develop its own algorithms to promote their crossover use for both research and companies.