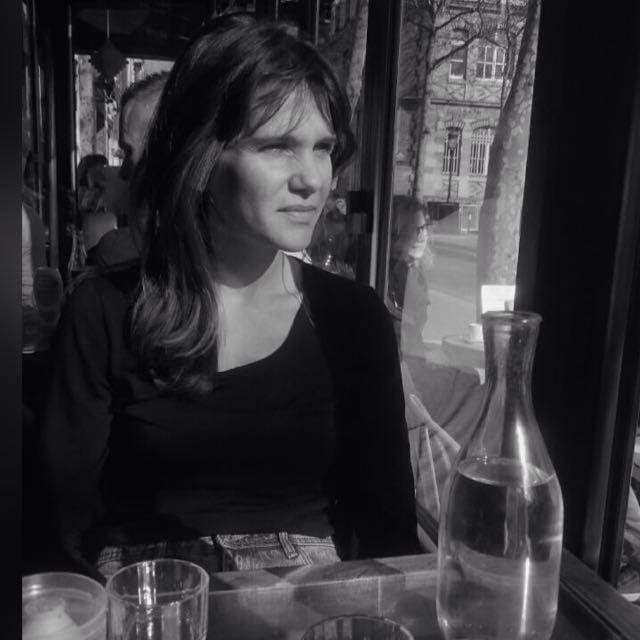 Marina Vinyes Albes holds a degree in Humanities and trained in film and contemporary audiovisual studies at the Pompeu Fabra University. She holds a doctoral contract in Visual Arts and Philosophy at Barcelona University and the Sorbonne (France), where she lectures in the Faculty of Letters.

Charlotte’s story is the unique story of a girl immersed in a tragic family legacy, a lineage of suicides, a litany of inherited deaths which is abruptly revealed to her in exile. Her work is born from the conflict between the madness which drives her and the desire to put down roots in her life.

“The creation of the following paintings is to be imagined as follows. A person is sitting beside the sea. He is painting. A tune suddenly enters his mind. As he starts to hum it, he notices that the tune exactly matches what he is trying to commit to paper. A text forms in his head, and he starts to sing the tune, with his own words, over and over again in a loud voice until the painting seems complete”.

Thus begins the work of Charlotte Salomon in June 1941. Eighteen months later she abandoned La Belle Aurore and set off to Villefranche-sur-mer, taking with her the 782 gouaches which she had doggedly painted in the room of the French boarding house. She had put together three packages for doctor Moridis to pass on to Ottilie Moore, then in Lisbon waiting to board a ship bound for America. A protective and welcoming friend, she had offered her shelter in the villa L’Ermitage, near Nice. The doctor remembered Charlotte’s words that day: “It’s my entire life”, perhaps another way of saying that imagination saved her.

Charlotte’s story is the unique story of a girl immersed in a tragic family legacy, a lineage of suicides, a litany of inherited deaths which is abruptly revealed to her in exile. Her work is born from the conflict between the madness which drives her and the desire to put down roots in her life. One of the gouaches shows a young woman with a canvas on her lap. Superimposed on the figure, we read “My God, do not let me go mad”. The word “no” (night) can be seen on the window frame; almost close to the dead. The biography of the family - Jewish, bourgeois and from Berlin - is also the political history of a nation and its pariahs. In these same years Walter Benjamin, whose work Charlotte enjoyed, was starting off his life in Portbou. 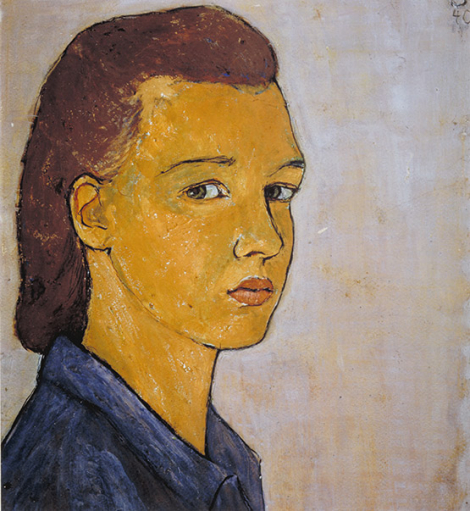 Charlotte creates dreamt-up scenes with memories, figures with texts and melodies to say and imagine something from life itself. This has already been described as autobiographical but it truly goes beyond this. She thinks up the work as if it was a play. She organises it into three acts, presenting the main characters - inspired by real life, with pseudonyms -, she outlines and sets the scenes, writes the texts, indicates the tunes and lyrics of some songs. At times she is the narrator, others the protagonist or spectator: “I have been all the characters of my play”, she wrote in a later letter. “I have learned to follow all paths. This is how I have become myself.” Everything is played out in this imaginative movement which allows her to constantly shift and reformulate perspective.

Another refugee, Hannah Arendt, used to quote the words of Dinesen “all sorrows can be borne if you put them into a story or tell a story about them”. The power of stories must have been connected to this: the suspicion of understanding or supposing a definite meaning. Gouache after gouache, we observe the formation of a subjectivity that is out of focus and fragile. This will end with the anonymity of the concentration camps. Prisoner number 5571 was killed in Auschwitz on 10 October 1943. Shortly before, a convoy had left the French camp of Drancy with Charlotte and her maternal grandfather. She was twenty-six and pregnant.

It is exactly in the central act that everything comes to a head. The detailed scenes of the prologue become increasingly abstract strokes, swift free brushstrokes, which have taken flight. Words progressively invade the sheets and the shapes multiply in obsessive repetitions, rows of faces and hands, bodies like dolphins swept away by the current. In the prologue, the superimposition of texts and paintings was the result of transparent pages adhered to the paintings. Like calligrams, some texts marry the figures, even becoming part of the drawing, and are supported by it. I am overwhelmed by the lines of the song “We twine for thee the maiden’s wreath from silk of violet” tracing on the drawing the displaced body of the dead mother. 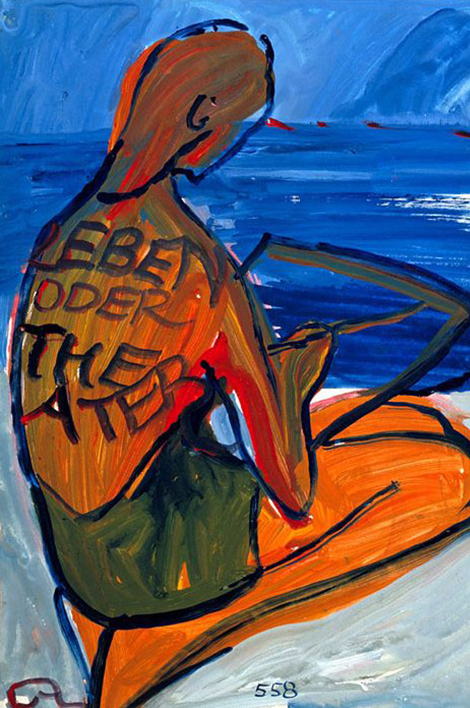 Gradually, the artist moves away from transparencies and scribbles the texts directly onto the paint. They are omnipresent in the epilogue. We could say they push the images to the back of the painting. It is a frenzy of colours, blue, yellow and red. I imagine how the longish bodies recompose to become letters and how these could become bodies when read. Or maybe we should sing them? Perhaps we should go through the exhibition singing the dialogues and humming the tunes, as Charlotte does.

Now the play closes with a girl by the sea. She is the artist’s alter ego. With her back to us she moves her paintbrush across a transparent canvas through which we see the blue water, the orange legs and the grey of the earth on which she sits. The drawing coincides with nature, it is the last window, the final limit. On her skin, three tattooed words: Life? Or theatre?

Marina Vinyes Albes holds a degree in Humanities and trained in film and contemporary audiovisual studies at the Pompeu Fabra University. She holds a doctoral contract in Visual Arts and Philosophy at Barcelona University and the Sorbonne (France), where she lectures in the Faculty of Letters.