Design as a political tool 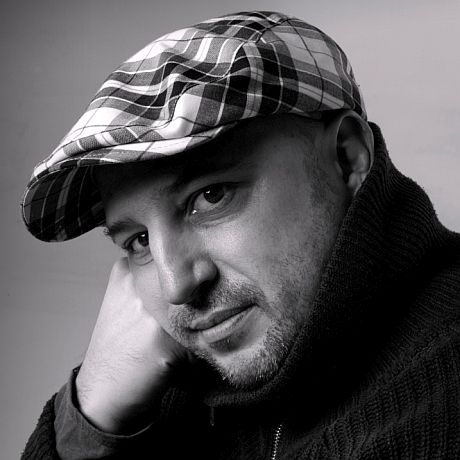 Viennese designer and activist Victor Papanek was one of the twentieth century’s most influential harbingers of social activism and sustainability in design. The exhibition Victor Papanek. The Politics of Design presents the first major retrospective on this author, who turned his work into a tool for political transformation.

With the exhibition Victor Papanek. The Politics of Design, which runs from 31 October 2019 to 2 January 2020, the Museu del Disseny presents the first major retrospective focused on the Viennese designer, author and activist Victor Joseph Papanek (1923-1998), in conjunction with the Vitra Design Museum.

Papanek was one of the twentieth century’s most influential harbingers of social activism and sustainability in design. His personal journey took him from his native Vienna to the United States in 1939, fleeing from Nazi persecution. After pursuing a career as an industrial designer, during the 1960s he developed a critique of consumerism that would make him well known all over the world. His key work, Design for the Real World (1971), is still the most widely read book on design ever published. In this contentious work, Papanek calls for inclusion, social justice and sustainability in the world of design, topics that continue to be hugely relevant today. However, at the time of the book’s publication, it sparked such controversy that Papanek was expelled from the Industrial Designer Society of America. This exhibition provides an in-depth insight into Papanek the person through an extensive series of pieces from the archive of the Victor Papanek Foundation.

The exhibition features material such as drawings, objects, films, manuscripts and prints, which are complemented with works by Papanek’s contemporaries from the 1960s to the 1980s, including George Nelson, Richard Buckminster Fuller, Marshall McLuhan, and the radical design initiative Global Tools. Contemporary works in the realm of critical and social design provide an insight into Papanek’s impact. His position is also reflected in his designs, which he often developed together with his students or collaborators, including televisions and radios for African countries, electric vehicles, as well as user-assembled furniture that could be modified to meet different needs.

The real impact of Victor Papanek’s oeuvre lies in his work as the author of a new and critical understanding of design.

But Papanek’s real impact lies in his work as the author of a new and critical understanding of design. He lectured at universities all over the world, inspiring generations of students, and tirelessly promoted a wider social debate about design. For example, beginning in 1961, he moderated a television series about design that was broadcast throughout the United States. Alongside his Design for the Real World, which has been translated into more than twenty languages, later books such as How Things Don’t Work (1977) or Design for Human Scale (1983) cemented his reputation as a pioneer of social design.

The exhibition is completed with around twenty contemporary works that transport Papanek’s ideas into the 21st century by designers and artists such as Catherine Sarah Young, Jim Chuchu, Tomás Saraceno, Gabriel Ann Maher or collectives such as Forensic Architecture or the Brazilian collective Estudio Flui and Questtonó. They also deal with complex issues such as global climate change, fluid gender identities, consumer behaviour or the economic realities of migration, which reflect the continuing resonance of the issues Papanek was already addressing in the 1960s. At the same time, they break out of the white, Western, and male-dominated world to which Papanek was bound despite all his efforts to the contrary.

In Victor Papanek. The Politics of Design we can also better understand the importance of design as a political tool. After all, what was revolutionary for Papanek’s time is now generally accepted: design is not only about giving form to something; it is a tool for political transformation that must consider social and ethical points of view.

In Barcelona, the exhibition will be accompanied by a series of parallel activities that will both endeavour to decipher the basic concepts of Papanek’s work and to make a critical and updated review of his discourse. In parallel, and for the first time, the Museu del Disseny has commissioned the city’s design schools with reinterpreting the museum’s permanent collections in terms of Papanek, so that students can contribute their critical perspective.