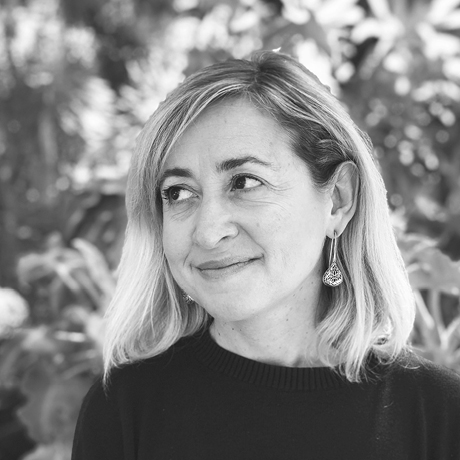 PhD in Architecture, landscaper, urban planner, and director of Landlab, laboratory for urban design and planning of resilient landscapes. She combines professional practice with research and teaching. Her work focuses on the knowledge, dissemination and development of instruments capable of facing the challenges of global warming and the loss of biodiversity.

The COVID-19 crisis has been an anthropological shock, in other words, a dreadful experience for millions of people that will be forever etched on their memories and that will fundamentally change their future. And it is also a warning that drives us towards a renewed city model that meets the needs of one and all within the planet’s boundaries.

Barcelona, 26 August 2020. We had been actively and passively warned, from Bill Gates to Greta Thunberg. Some had read about it in scientific journals while others had been enlightened by the shouts of young protesters on the streets: “The end of an era is here!” The straw that broke the camel’s back has been COVID-19, which has cruelly shown us the interrelation between the planet and our economic model, our way of living. In the words of the philosopher, sociologist and anthropologist Bruno Latour: “The first lesson the coronavirus has taught us is also the most astounding: we have actually proven that it is possible, in a few weeks, to put an economic system on hold everywhere in the world and at the same time, a system that we were told it was impossible to slow down or redirect”.[1]

Another of the global lessons learned from this pandemic has entailed acknowledging the seriousness of the planet’s systemic crisis. And the thing is that, for the first time, we have felt at first hand the consequences of the intense human activity that results from the prevailing economic model in so-called developed and developing societies. Activity that is leading to unprecedented strain on the systems that support life on Earth. Thus, for example, the extraction and processing of materials, fuels and food are responsible for approximately half of the total global greenhouse gas emissions and more than 90% of the loss of biodiversity and water stress. [2] Consequently, the global average temperature has already risen 0.8°C since pre-industrial times and we are on track to generate an increase of almost 4°C by the year 2100, if we do nothing. Droughts, fires, soil erosion and floods are steadily on the rise. One third of the world’s land surface and nearly 75% of freshwater resources are currently devoted to crop or livestock production, with the impact this bears on the conservation of natural ecosystems. As early as 2010, 11% of species had disappeared due to changes in land use. The loss of biodiversity is precisely the zoonotic source of COVID-19.[3]

[1] In the early days of the lockdown, the philosopher Bruno Latour wrote an essay for the online cultural newspaper AOC. This essay has encouraged many to imagine how different the world could be if we learned from this experience. Available at: http://www.bruno-latour.fr/sites/default/files/downloads/P-202-AOC-ENGLISH_1.pdf.

[3] WWF, Loss of Nature and Pandemics: A Healthy Planet for the Health of Humanity, 2020.

The countless attempts to blur the scale of the pandemic disaster are proof of what is at stake: the future.

The German sociologist Ulrich Beck said that anthropological shocks occur when many populations feel they have been subjected to a horrendous event that leaves indelible marks on their consciousness, will mark their memories forever and will change their future in fundamental and irrevocable ways. Anthropological shocks provide a new way of being in the world, of seeing the world and of doing things. In this sense, COVID-19 is, without a doubt, an anthropological shock. The figures are horrifying and just keep on growing. In the middle of September there were more than 29 million cases of infection and 940,000 deaths worldwide. An invisible virus that adheres to everything, one of those “hyperobjects” characteristic of the anthropocene condition that Timothy Morton tells us about.[1] We are, in fact, on the verge of a major change. The countless attempts to blur the magnitude and scope of the disaster are proof of what is at stake: the future.

In this context it is interesting to acknowledge what Beck calls “the metamorphosis of risk”.[2] For him, it is not a matter of considering the adverse repercussions of catastrophes, but of tapping into their unforeseen, potentially positive and emancipating consequences, such as the birth of new orders, structures and relationships.

Take cities for example, where more than 55% of the planet’s population lives and 70% of greenhouse gases are generated and 78% of energy is consumed. We should therefore be interested in new organisational models such as those advocated by the economist Kate Raworth. Raworth’s model is illustrated by means of a very forceful image: we must live inside a doughnut. The doughnut she proposes is not a guide to specific policies, but a way of analysing the system to direct decisions. The central hole of the doughnut represents the basic needs for well-being: food, clean water, housing, energy, health, gender equality, a subsistence wage and political freedom. The outer perimeter of the doughnut represents the green roof. In other words, the planetary boundaries identified as a threat to life, from the loss of biodiversity to ocean acidification.[3] Raworth has thereby managed to redraw the economy as an open subsystem belonging to the planetary system. This was the main conceptual change introduced by ecological economists such as Barbara Ward and Herman Daly in the 1970s, although, unfortunately, with no success.

[1] Morton, T., Hyperobjects: Philosophy and Ecology After the End of the World. University of Minnesota Press, Minneapolis, 2013.

[3] The report Planetary Boundaries, drawn up in 2009 by the University of Stockholm together with other European, American and Australian scientists, identifies a set of planetary boundaries around ten biogeophysical cycles that, if transgressed, could cause major disruptions to the Earth’s system. These cycles are as follows: climate change, biodiversity, nitrogen, phosphorus, stratospheric ozone, ocean acidification, fresh water, land, aerosol pollution, and chemical pollution.

The renewed model of the city will emerge from our ability to promote new symbiotic relationships. Symbiosis is a creative agreement in which no one ultimately wins or loses, but there is a recombination.

On the other hand, adaptation, the renewed model of the city, will emerge from our ability to promote new symbiotic relationships. Symbiosis is a creative agreement in which no one ultimately wins or loses, but there is a recombination. Something new is thus constructed as a mechanism to adapt to disturbances. We know this thanks to the biologist Lynn Margulis, who in the 70s conceived a new theory that, despite not making a total break with the postulates of Charles Darwin based on competition, built a new framework from which to understand evolutionary innovation: symbiosis (or the physical association between organisms of different species).[1]

Let us now turn our attention to the experiences, the prototypes and the beginnings of new symbiotic associations as an evolution towards a city that meets the needs of one and all, but within the planet’s boundaries. A city like Amsterdam, where the establishment of companies that develop products that last longer and can be repaired is encouraged; where material passports are created that quantify reusable materials in demolitions and promote the use of more sustainable materials in the construction of buildings; where homes and bars and restaurants donate their discarded food. A city like New York, where resilience to disturbances, be they related to health or the climate, defines new infrastructures and spaces in the city. Cities where the consumption of organic and local products is encouraged. Cities that have been able to establish alliances, land and crop banks with their nearby rural environment. Cities like Vitoria that have incorporated agriculture, biodiversity and biophilia in the development of green areas.

There are more and more social and economic initiatives that aspire to have a system whose lynchpin is the sustainability of life in its broadest sense.

To halt the spread of this pandemic, strict measures are being implemented around the world that have, for the first time in history, led to a global reduction in activity, as reflected in the fall in mobility and industrial activity, resulting in a temporary drop in pollution. This situation has made us wonder the importance of local services, air quality and public space. Many European capitals have joined others – such as Paris, London, Berlin, Rome and Barcelona – that had already committed to defining low-emission zones to reduce the polluting emissions largely produced by vehicles, and to reappropriate the public space. Initiatives such as the “15-minute city” by urban planner Carlos Moreno (advocated by the mayor of Paris Anne Hidalgo), or the “superblocks”, developed by BCNecología, are now gaining followers all over the world. These are models that aim to accompany the energy transition towards low-carbon and renewable resources with an urban policy for the radical transformation of mobility and, with it, of our ways of life.

COVID-19 has also highlighted the risks of social vulnerability and gender inequalities, as well as the fragility and lack of solidarity of production models based on tourism. Moreover, it has placed value on housing and public space as places of residence and not of consumption, the equal distribution of services in the territory and citizen care networks.

In short, there are more and more social and economic initiatives that aspire to have a system whose lynchpin is the sustainability of life in its broadest sense. In harmony with the planet, respecting its natural resources, and in keeping with the care that everyone needs throughout our lives. We must focus on these emerging forms of symbiotic and creative evolution, if we want more resilient, healthy and just cities. The city of the future is here. And it is a city that is not obliged to follow the logics of growth, regulations, appearance, routines, schedules or the congestion of the city in the face of the pandemic. It is a city in which we work side by side to build habitats that make an economic model possible that takes the interconnection of the globalised world and the socio-ecological boundaries of the planet into account.

PhD in Architecture, landscaper, urban planner, and director of Landlab, laboratory for urban design and planning of resilient landscapes. She combines professional practice with research and teaching. Her work focuses on the knowledge, dissemination and development of instruments capable of facing the challenges of global warming and the loss of biodiversity.