Isn’t culture for me? Diversity and inequalities in cultural participation 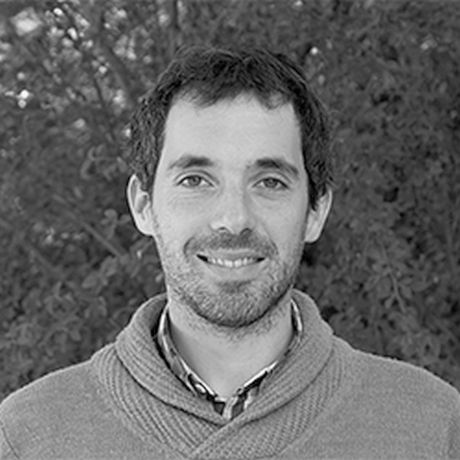 Doctor of Political Science and Degree in Humanities. His research focuses on the analysis and evaluation of cultural and social policies, particularly in the field of cultural rights and social inequalities.

Above, interior of the Agustí Centelles library and an artist paints graffiti on a wall. Below, group of people riding bikes in front of Keith Haring’s AIDS mural outside the MACBA [Barcelona Museum of Contemporary Art] and a woman visiting the exhibition "Una infancia bajo las bombas" [A Childhood Under the Bombs] at the Born Centre for Culture and Memory.

The two key words in the first survey on cultural participation and needs in Barcelona are diversity and inequality. The survey reveals that the desire to take part is not limited to legitimised cultural activities and that in order to meet all the cultural needs, equity must be placed at the heart of government policies. Equity does not mean homogeneity, but specific interventions as required.

Why conduct this survey on cultural participation in Barcelona[1]? In cities, inequalities in income, health, education and access to housing are hotly debated, but there is little talk about inequalities in cultural policies. We run the risk of disproportionately benefiting the people who have the most cultural opportunities and who avail of more public cultural resources. Within the framework of the development of the government measure “Cap a una política pública de cultura i educació” [Towards a Public Policy on Culture and Education], the need to gain a more in-depth insight into the city’s cultural reality was identified with a view to drawing up and evaluating cultural policies with the support of rigorous evidence.

An innovative and rigorous survey

Cultural participation surveys need to address a number of key challenges. One of the major risks is homogenising, that is to say, reducing the diversity of ways in which we participate in the city’s cultural life. Clearly, this homogenisation is not limited to activities promoted by cultural institutions alone, but many surveys consider participation only from the point of view of the consumption or attendance of activities promoted by the cultural sector, with a particular focus on audience categories. That is why the first challenge of the survey on cultural participation and needs in Barcelona is to address not only event access or attendance, but also cultural practice (creation and education) and community participation.

Another significant challenge facing surveys on cultural participation is avoiding the reproduction of hierarchies that the cultural system itself generates. Thus, certain practices are quickly described as “non-cultural” or people who perhaps are involved in the city’s cultural life in a different way are labelled “non-participants”. Obviously, the survey should pay attention to what academic literature calls “legitimised culture”: activities recognised by and generated with the support of public institutions or other agents in the cultural sector with the most influence capacity. However, these activities are a very specific and formalised part of cultural habits. For this reason, the survey also focuses on other activities and informal, community, popular practices, etc., that are part of everyday life and that contribute to the development of cultural rights.

The findings: from diversity to inequalities

[1] This article interprets the findings of the first Survey on Cultural Participation and Needs in Barcelona, undertaken by the Technical Secretariat of the Barcelona Institute of Culture (Barcelona Cultural Data Observatory). I was part of the survey’s promoting team, together with Montse Tort and Assumpta Manils, to whom I extend special thanks for this opportunity.

Our cultural participation is conditioned by important inequalities, which are mainly associated with the neighborhood of residence and family cultural practice.

Cultural participation is not without its inequalities. Not only do we partake in culture differently, but our cultural participation is also subject to major disparities. Our postcode, family environment, level of education, origin, gender and age are decisive factors in understanding the opportunities and results in exercising the right to participate in the city’s cultural life. And we allude to inequalities because there are different degrees of participation that are systematically associated with certain social factors and statuses, in particular the neighbourhood of residence and the family’s cultural practice.

Secondly, the survey shows that Barcelona’s population demonstrates cultural needs across the board. The needs cut across all citizens: both regular participants in activities and people who would not like to dedicate (more) time to them. But cultural needs are also marked by certain disparities. As regards attendance or access to legitimised culture activities, the people who participate less in this realm express a greater need to do so. Even people who have had fewer opportunities and resources express a greater need or willingness to participate in cultural activities. In addition, women claim to have a greater need and willingness to participate than men. The findings of the survey challenge the idea, which is so widespread in the cultural sector, that “those who do not participate [in culture] is because they do not want to”. Thus, cultural participation is not only an expression of personal subjectivity, but also of complex social, material and symbolic relations. In addition, the lack of connection between the institutional activities available and citizens’ needs must be taken into account.

Arts and culture education is also required in Barcelona. It is a cultural right that is again marked by inequalities. Living in a middle-income or upper-income neighbourhood, having higher educational qualifications, a higher level of family (and maternal) cultural practice, being born elsewhere in the European Union or being younger means having more opportunities as regards arts and culture education.

Thirdly, the survey provides a valuable insight into how cultural expressions are perceived in the lives of people, the community and the city. Unlike participation and needs, no significant differences are noted. People, regardless of their neighbourhood, origin, gender or age, attach great importance and different values to arts and culture. The high value that the population places on artistic education delivered in educational establishments is also palpable across the board.

In this regard, another innovative aspect of the survey is the incorporation of the “cultural asset” concept to identify noteworthy places for cultural participation in the city. A large swathe of the population considers a number of places to be cultural assets that are not always recognised as such (i.e. squares, educational establishments and sports facilities). The city’s public libraries and community centres bear a major impact on people’s lives and are highly rated by citizens due to their public value.

Cultural organisations have enormous work to do to advance people’s right to participate in the city’s cultural life. Educational agents, the healthcare system and economic policies do too.

Cultural policies: from inequality to equity

The survey on cultural participation and needs in Barcelona should be a pertinent tool for any city stakeholder when it comes to making decisions that influence the right to participate in the cultural life of the community. There are no sole or replicable formulae or policies in all contexts. If we add the findings generated by this survey to other research undertaken on this topic,[1] we can put forward strategic lines of action.

Given a context of diversity and inequalities in cultural participation, equity must be placed at the core of the cultural policy agenda. We have highly pertinent experiences, projects and initiatives in this regard, but we lack structural policies. However, we need to understand that promoting equity in cultural participation does not mean “one culture for all” administered and provided by the same institutions and organisations. Equity is neither homogeneity nor segregation: a policy based on the idea of “each person with their own but well separated culture” will not allow them to tackle inequalities either.

The concept of equity in cultural policies involves drawing up specific interventions based on different collective needs, with the aim of mitigating inequalities in the exercise of the right to participate in the city’s cultural life. Furthermore, this must be done in common, from the awareness and recognition of the diversity of capacities and forms of participation of individuals and communities, while assuming responsibilities and implementing public policies. Equity, however, should not be construed as “culture on demand”.

This perspective will be relevant if we are challenged as a society: cultural rights will or will not be rights claimed by the citizenry. Cultural organisations have enormous work to do to advance people’s right to participate in the city’s cultural life. But educational agents, the healthcare system and economic policies (among others) do too. We need to ask ourselves what needs to change in order to build a society where we can spend time engaging in what we consider to be culturally valuable and significant. We need to think about what structural changes are essential to support individuals and communities in their cultural lives. Because cultural rights advance with the advancement of other rights, and democracy also becomes more solid and tangible when cultural rights are exercised.

[1] In this regard, I would like to cite the research study L’equitat en les polítiques culturals [Equity in Cultural Policies], which we conducted in conjunction with the Centre for Cultural Studies and Resources (CERC) of Barcelona Provincial Council and the municipalities of Prat de Llobregat, Sabadell, Igualada and Tiana.

Doctor of Political Science and Degree in Humanities. His research focuses on the analysis and evaluation of cultural and social policies, particularly in the field of cultural rights and social inequalities.

Survey on Cultural Participation and Needs in BarcelonaGo to