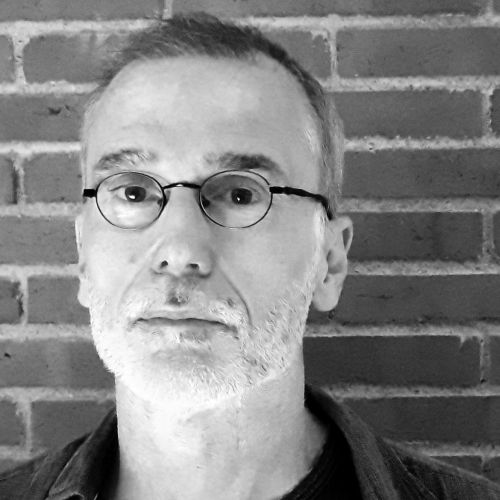 With a Degree in Philosophy from the University of Barcelona, Marc Galofré earns his living making bread. Disciple of Josep Maria Esquirol, he is a specialist in his work.

Josep Maria Esquirol’s philosophy of proximity is based on the description of the constitutive experiences of the human condition and gives us an anthropological, concrete and comprehensive vision of humanness. This philosophy very clearly seeks the proximity of spiritual thinking or, rather, of the spiritual mindset.

The deepest spiritual experiences do not come from profound intellectual meditations, but rather from the privileged vision of something concrete.

Introduction to the philosophy of proximity

1. Josep Maria Esquirol’s philosophy of proximity bears a recurring impact on the subject of beginnings. The absolute beginning, he tells us in his latest essay, is the fact that would best explain the birth of each of the children who come into the world. A unique and extraordinary event that, precisely because it is an absolute beginning, wipes out any possibility of prior explanation. “Without explanation, without grounds, without any reason to account for it” (Humà, més humà [Human, More Human], Quaderns Crema, p. 33). He tells us, then, that meaning itself is fully inscribed in the actual act of birth, and that the philosophy that wishes to explain it to us must be discreet and mindful, must exercise observation more carefully than explanation, must say little, but say it well, respectfully. And yet, it is a philosophy that speaks precisely “of what can hardly be spoken of”, very slightly but significantly changing the famous Wittgensteinian proposal. It talks about specific things.

This philosophical approach has been continued throughout the entire journey of the philosophy of proximity. We could say that his creative fruitfulness has consisted of a rigorous exercise of restraint, of great austerity. He has sustained his reflection on a fixed point and has fulfilled this task of delving deeper and enlightening the reader that has come to us in each of his latest books. This long and fruitful journey has been made on this fixed point. And that is why we are now the ones who will take Josep Maria Esquirol’s philosophy as a starting point, as a gateway to access bordering territories.

Can we really speak of spirituality from the philosophy of proximity? As a description of the constitutive experiences of the human condition, it is a philosophy that carries out groundwork, we could say, and gives us a concrete and comprehensive anthropological vision of humanness, which, at the same time, has undeniable implications in its most basic dimensions. And, in fact, we find that his path very clearly seeks the proximity of spiritual thinking or, rather, of a spiritual mindset (as well as of poetic expression, of song) to draw closer to the place where the essence of human life is clearer and deeper.

That’s exactly what it is all about, not hurting; it is about caring, about being doctors for ourselves and others.

Bread and song to live

2. “Little is needed to live. Bread and song”. This is the gate we go through to enter Humà, més humà, a motto that we mustn’t forget because it takes us to the very core of his thought. Let’s face it, bread and song are two things that are somewhat opposed: the basic materiality of bread, the most basic component of our meals, versus song, the musical and poetic creation of the soul. But we need to see its harmony if we wish to really delve into the philosophy of proximity. Only by staying close to the simple and most basic will we not lose touch with a background of reality that is already, properly, the spiritual arena: “From Lastheneia, Plato’s disciple, to Margarita, sister of charity, the person who makes thinking transform their life is a spiritual person, without ostentation. Someone who gets up in the morning, works, takes care of their people, gets distracted... But in almost all of this a different aspect is noticed, a glimpse of something special is caught” (Humà, més humà).

It is that, humility as a starting point. And Francis of Assisi is its irrefutable master, on account of his sweet temperament and his readiness to serve. On the same level and alongside others is the only possible place far from any kind of violence. Because that’s exactly what it’s all about, not hurting; it is just the opposite, about caring, about being doctors for ourselves and others. This is the main point. It is not surprising that Josep Maria Esquirol has a fondness for this profession and its celebrants. For example, for Dr. Rieux, the doctor in The Plague by Albert Camus. Rieux gives this definitive reply to the Jesuit father Paneloux, with whom he maintains a bone of contention that the latter wished to make theological: “We’re working side by side for something that unites us, beyond blasphemy and prayers. And it’s the only thing that matters.”

The expression of the deepest spirituality is song, but it is also bread; above all, shared bread.

And what would matter? Not giving in to the forces and threats that spoil life. That is to say: the necessary fight against plagues and pandemics, against comfort and against fatalism, against confusion and weariness… On the contrary, maintain, preserve, generate greater meaning, heal. Hence the importance of resisting the inevitable finitude and death, but also resisting the disorientation and degeneration that we cause ourselves (excessive abstraction, disconnection, trivialisation, depersonalisation ...). Keeping the path open and clear that leads us to experience, to closeness to things and to others. We are still talking about the same thing, trying to procure sound guidance. That is why the expression of the deepest spirituality is song, but it is also bread; above all, shared bread: “Perhaps the best lesson a philosopher can learn from Franciscanism is to become, beyond all arrogance, a lesser philosopher amidst the younger brethren” (Humà, més humà). The most radical philosophy, a lesser philosophy, a meeting point between bread and song.

Being and doing next to the wound

3. Because humanity is precariously sustained and is vulnerable. This is the first certainty, Josep Maria Esquirol tells us, and the starting point of any understanding of humanness we claim. Contrary to a conception of an active and powerful humanity with modern roots, but also against a certain postmodern vision that has decreed the death of humanism and of humanness itself. The philosophy of proximity becomes resistant in a humanism that we could call specific. It places someone, the specific person with their own name, at the very heart of reality. From any philosophical or scientific conception we can underestimate or dissolve this point of departure and arrival, this someone with a name: Anna, Joan… Yes, the materialisation and uniqueness of the person are the basic reference point of this thinking.

So let’s talk about this unique and vulnerable someone that is a human being. This means that it is an open materialisation because we start from their passivity, from their capacity to be affected, to be hurt. From a prodigious capacity to be affected open to others, but also to realities that surpass us and situate us: the mystery of the life we are, the death that haunts us, the world that is our immeasurable reality, alterity – the you – who I cannot stop turning to. These are the components of our soul, and our very soul, tells us so. And that is what we are, this mysterious configuration, impossible to reduce for the sole reason, of someone with their own name and infinity.

And the philosophy of proximity, instantly and without frills, is immediately directed to action, which is what counts, we wish to emphasise.

It’s about positioning yourself, helping you think without taking up too much thought, even stepping back to let in some light and mindful silence to respond appropriately. And action always has the nature of response; it is dealing with what comes to us from others. If Josep Maria Esquirol calls this affectation a wound, it is to give an account of the depth of the affectation, as, for example, love hurts; “in such a way that living is, at best, being on the brink of this wound and doing based on its vibration”.

Joining together to create meaning

4. Action is joining. In fact, the most important point of thinking and spirituality is joining. The logos refers us to the work of thinking and language that connects and bind things together; religion[1] is reconnecting. As if in the beginning we suffered some kind of painful cut that had to be gradually closed, despite knowing that it can never be closed completely. The philosophical point of union is care and respect for each specific thing, it is articulation without confusion, it is shelter and the pursuit of meaning (orientation). It is not to give into the charm of any flat and homogeneous understanding of things (so common today), nor to fall into the opposite possibility, interpreting reality as a set of radicalised antitheses with no possibility of relationship (also so common today). The point of union is a movement of creation of meaning based on the articulation of meaning that does not fail to recognise the difference between things; in the point of union itself lies the meaning.

And that is why the philosophy of proximity is a philosophy of the middle ground, of the limits. The point of union between the specific and the specific, between person and person, and between humanness and their infinities. In other words, the boundary is not the point where something ends, but the meeting point and the starting point. Again, start, because the work is endless, given our inclement situation and the many adversities surrounding us. So great is the difficulty and so great is the pending work that is presented to us that we must have the patience to wait, that is, with hope, with the mystery of a new beginning where new points of union can create new meaning: “More world, more life, more meaning”.

Because it is a combative spirituality that draws strength from the nearest and draws strength from the infinity that mysteriously constitutes us. We are this point of union between proper noun and this openness that tells us that nothing is final or finished. The desert conspiracy, Josep Maria Esquirol calls it, of those who, with a mindful perspective, appreciate the situation and can say, with Dr. Rieux: “We’re working side by side for something that unites us, beyond blasphemy and prayers.” Smaller task: a bit of bread, a bit of song.

With a Degree in Philosophy from the University of Barcelona, Marc Galofré earns his living making bread. Disciple of Josep Maria Esquirol, he is a specialist in his work.