Marta Pessarrodona, or love is what remains 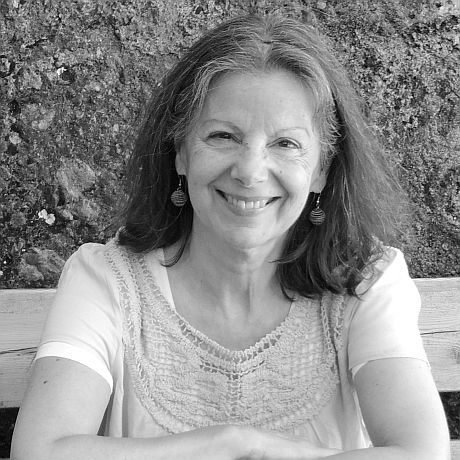 A writer and designer specialised in bookplates, she is the founder of the Associació Catalana d’Exlibristes. She has published around 40 books of essays, stories, poems and prose poetry.

Coinciding with her distinction with the Premi d’Honor de les Lletres Catalanes 2019, Marta Pessarrodona (Terrassa, 1941) has just published Variacions profanes [Profane Variations] (Viena edicions), a book of poems introduced with a prologue by Àlex Susanna that celebrates Pessarrodona’s poetry, as dense with meaning as it is cultured and dripping with life.

Coinciding with her distinction with the Premi d’Honor de les Lletres Catalanes 2019, Marta Pessarrodona (Terrassa, 1941) has just published Variacions profanes [Profane Variations] (Viena edicions), a book of poems introduced with a prologue by Àlex Susanna that celebrates Pessarrodona’s poetry, as dense with meaning as it is cultured and dripping with life.

Inspired by a dialogue between the author’s past and present life and a series of biblical passages that appeal to her, Variacions profanes is a collection of poems of lovely internal and external proportions, as can only be achieved when one has already learned to see, to read and to write as an actor and spectator at the same time. Someone might call that balance maturity, but the right word would be wisdom, since the poet establishes conversations with sapiential texts from both the Old and New Testament, and not always to say amen, but also to say no and to contrast them. “A good name is better than precious ointment, and the day of death, than the day of birth” is written in a verse in Ecclesiastes (7.1), to which Pessarrodona responds: “and I cannot believe that any day/ will be better than that of my birth”.

This incarnated philosophy that drinks from the telluric of existence in the love of light from the stars, the love of wisdom, which Pessarrodona practices in Variacions profanes, is of a luminous nakedness, as if the sun of thought illuminated a still life of objects full of life in a dark room. This comparison is inspired by the author’s verses: “Who has said that there is not/ a soul for all things?” Of course there is. And she even questions when the house is silent, and perhaps even more in this intimate hour when you can hear the voices of the dead in that soul.

Dead people who are dead for nothing, as they are in the immaterial stage of existence. Just as nothing that has been loved dies, energy vibrates inside us like light vibrates in the air and makes us long for past love even though it was not perfect, and why did it have to be, if we are learning: “If I think about you, I do not live... maybe/ (that avalanche of reproaches/ seem like sweet words to me today:/ I was, more than ever, alive)”. We are alive when we love, even if we do so clumsily, because love is not a noun through and through, but only to a relative degree. In fact, love is like a verb undergoing the act of becoming, of proclaiming itself at every moment, of breathing as you breathe the oxygen in a forest in the Pyrenees.

Many of the 25 chiselled poems that make up Variacions profanes are addressed in timeless conversation to loved and admired figures such as Aurora Bertrana, Maria Mercè Marçal, Esther Tusquets, Montserrat Roig, Enriqueta Isanta Mosella and Gabriel Ferrater, as well as to Pere Quart, T.S. Eliot, Socrates, Seneca, Cicero, Michelangelo, Caravaggio, Rafael and Saint John of the Cross (“Saint John, of the Cross, wrote my first verse”), as well as other lesser known influences of the poet, storyteller, essayist and translator Marta Pessarrodona: the cities of London, Berlin, Buenos Aires, New York, Barcelona, and her current abode in Mira-sol Alt: “A yellow, a red, a grey sky.../ A Bosch, a Goya in Vallès?”

Love is what remains once we are gone, love through memory that is shaped in one of the warmest forms that love can take. Because “love will be quality, life”, Pessarrodona writes in these nearly contemplative verses in Variacions profanes, penned with a direct voice, stripped of artifice and, like the light that goes to the heart of things, illuminated with the right word.

A writer and designer specialised in bookplates, she is the founder of the Associació Catalana d’Exlibristes. She has published around 40 books of essays, stories, poems and prose poetry.