A story of its own 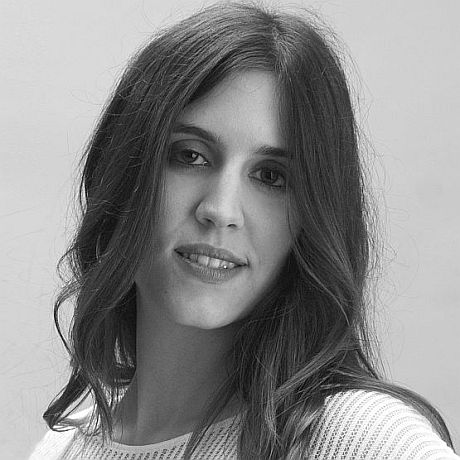 Author of the essay De la poma a la pantalla [From the apple to the screen] (Pagès Editors, 2019). Researcher specialising in forms of feminism, she has worked for the Government of Catalonia’s Secretariat for Equality, Migration and Citizenship in the prevention of forced marriage.

The FEMINISMS! exhibition at the CCCB [Centre of Contemporary Culture of Barcelona], curated by Gabriele Schor and Marta Segarra, is a show not to be missed, either by Catalan and Spanish society or by feminist activists. And it is so not only because of what it explains, but also because how it goes about it.

FEMINISMS!, which opened on 16 October, features two sections, set up in such a manner that you can start with either section without losing the thread. The first section comprises the exhibition The Feminist Avant-Garde of the 1970s. Based on works of art from the Verbund Collection in Vienna, it highlights the concerns of Western feminist movements (especially white movements) in the sixties and seventies. These are works in which women assert their role as artistic subjects with a right to decide about their bodies and express their lesbian or heterosexual desires. As a result,

Many of the works are intended to subvert, deconstruct and expose the artificiality of the roles associated with white women: mother, housewife and wife.

many of the works are intended to subvert, deconstruct and expose the artificiality of the roles associated with white women (mother, housewife and wife) and reflect on sexual violence and the canons of beauty.

The second section features Choreographies of Gender, which brings together works of art by contemporary Catalan and Spanish feminists and queer activists. It illustrates the different strands within feminism, such as ecofeminism, post-humanism, new perspectives on bodies, gender and sexuality, and post-colonialism and reflection on the precariousness of human and non-human life in the era of globalised capitalism. Both sections are joined by a corridor with a timeline that runs from the seventies to the present day, the milestones in the Catalan and Spanish feminist movements, as well as the work of humourists since the Transition [to democracy] to today.

The fluidity between the two spaces is not uncompromising. At a time when social networks and the influence of the English-speaking world has rekindled tensions between feminists in the Spanish State – as shown by the aggressiveness of some of them towards trans women –, the manner in which stories are told matters, as Professor Clare Hemmings points out. Thus, the exhibition challenges that vision of waves of feminism that has made it easier for the second – specific to the seventies – and the third – which includes queer theory – to appear opposing. The message conveyed by the exhibition is that they are connected to one another. This is demonstrated by the fluid physical transition between the exhibitions and their bunching together under a single-word title in the plural form: feminisms. This draws our attention to not only the discourse similarities between artists in the seventies and the present day, but also to the methodologies they share. While the O.R.G.I.A. artistic group offers an unconventional take on ancient Egyptian mythology today to reflect on sexual and emotional diversity, in 1971 Rita Myers already used history, specifically Renaissance studies of the human body, to criticise the canons of her time that imposed an unattainable beauty.

Besides the time connection, the exhibition creates its own narrative of feminism in Catalonia and in Spain, where there are differences between the feminist movements from the epistemological point of view. This is necessary to create knowledge and policies that respond to the needs of women in both countries. The act becomes an exercise in historical reparation, since works by Pilar Aymerich, Eugènia Balcells and Mari Chordà have been added to pieces from the Verbund Collection that document the work of feminists in the late-Francoist period and the concerns of women of that generation.

The exhibition is therefore an example of what Chandra Talpade Mohanty defined as “feminist genealogies”, the construction of women’s life stories as an element of belonging and, at the same time, as an instrument of resistance. Thanks to the exhibition, Catalan and Spanish feminists in particular, and society in general, have a story of their own about the fight for gender equality. A story that, on the one hand, links our demands with those of the remainder of the Western World and, on the other, unites generations of feminists and celebrates them instead of coming up against them, as has sadly happened on a number of occasions.

Author of the essay De la poma a la pantalla [From the apple to the screen] (Pagès Editors, 2019). Researcher specialising in forms of feminism, she has worked for the Government of Catalonia’s Secretariat for Equality, Migration and Citizenship in the prevention of forced marriage.