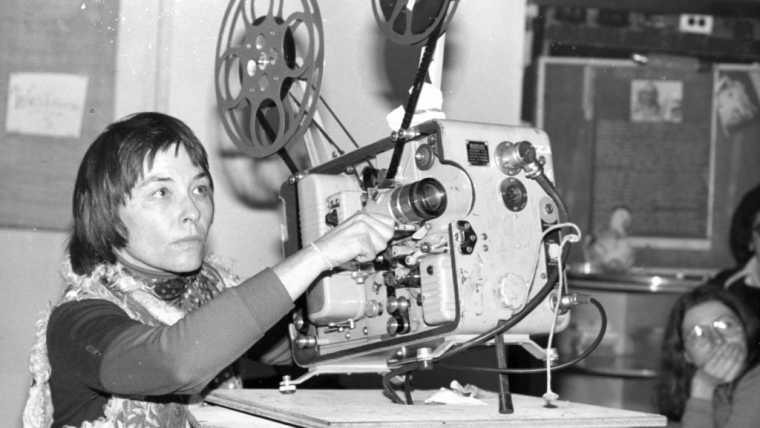 Exhibitions. Barbara Hammer documented lesbian and feminist dissent from the end of the 1960s onwards.

Barbara Hammer (Los Angeles, 1939 – New York, 2019) is one of the most influential figures in American experimental and activist cinema. Including eighty-three films and a great number of photographs, drawings, performances, collages and installations, her autobiographical work is a record of how lesbian and feminist dissent has been formulated from the late 1960s to the present day.

This exhibition is the first retrospective exhibition of her work in Spain and covers her fifty-year career. Hammer was a pioneer in the political exploration of lesbian life and sexuality, the meaning of death, and the personal and collective stories of those suffering social marginalisation

Barbara Hammer’s projects are both a celebration of life and a call to dissent, episodes of a confessional frieze and at the same time, panoramic views of political and community events.

The preliminary work on the exhibition ‘Sisters!’ began in 2018, in close dialogue with Barbara Hammer. La Virreina Centre de la Imatge considers this exhibition, held on the first anniversary of Hammer’s death, a tribute to her life and work.

Users who viewed this also viewed...