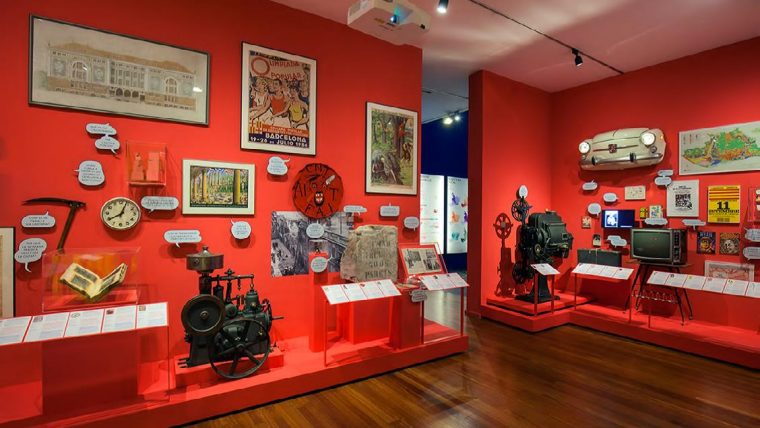 Exhibitions. The history of Barcelona in an hour and in a completely innovative format.

‘Barcelona Flashback. A history kit in 100 objects’ is an experimental exhibition where art goes through the looking glass and explores the city, covering Barcelona’s history in an hour.

The exhibition is intended as a means of urban interpretation, training people in the art of exploring the city from Roman times through to the 21st century through the best pieces from the museum collection. ‘Barcelona Flashback’ puts the visitor in front of the mirror and invites them to go through it and discover a city in a five-stage route: interrogating witnesses, constructing narratives, exploring territories, comparing with other urban places and reading heritage.

The experience offers a radical change in the way of seeing and visiting the city of Barcelona’s inhabitants and its visitors, in support of sustainable and alternative tourism.

The MUHBA is seeking to reaffirm its plans to become a 21st-century city museum with ‘Barcelona Flashback’, which forms part of the plan for the future renovation of the Casa Padellàs, which is to become a home for the history of Barcelona.