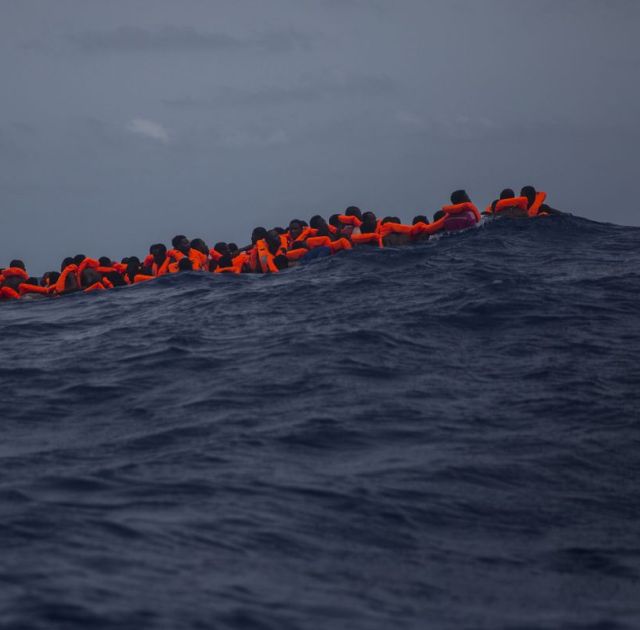 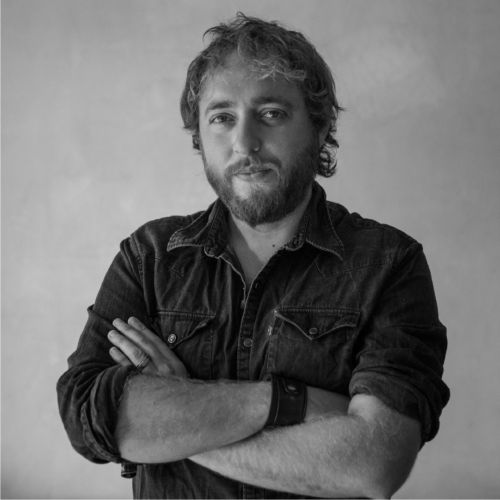 Madrid, 1985. Photojournalist based in Barcelona. In 2011, he began to develop a long-term project on migration, borders and conflicts that continues to this day.

Over the last decade, photojournalist Santi Palacios has documented the passage and rescue of migrants and refugees trying to reach Europe’s coasts from Morocco, Libya and Turkey.

For Palacios, illegal migration routes are one of the most extreme situations people face today. The border, at the time of its crossing, becomes A knot between two worlds that allows us to grasp the connections between the living conditions in the countries of origin and in the host countries.

Through illegal routes that may end up on a Mediterranean beach like the one in Barcelona, ​​Palacios captures experiences that are repeated on both sides of the journey: misery, violence, racism, uncertainty, death... And with his snapshots he endeavours to attract attention so that viewers can ask themselves questions about what they see in each photograph. 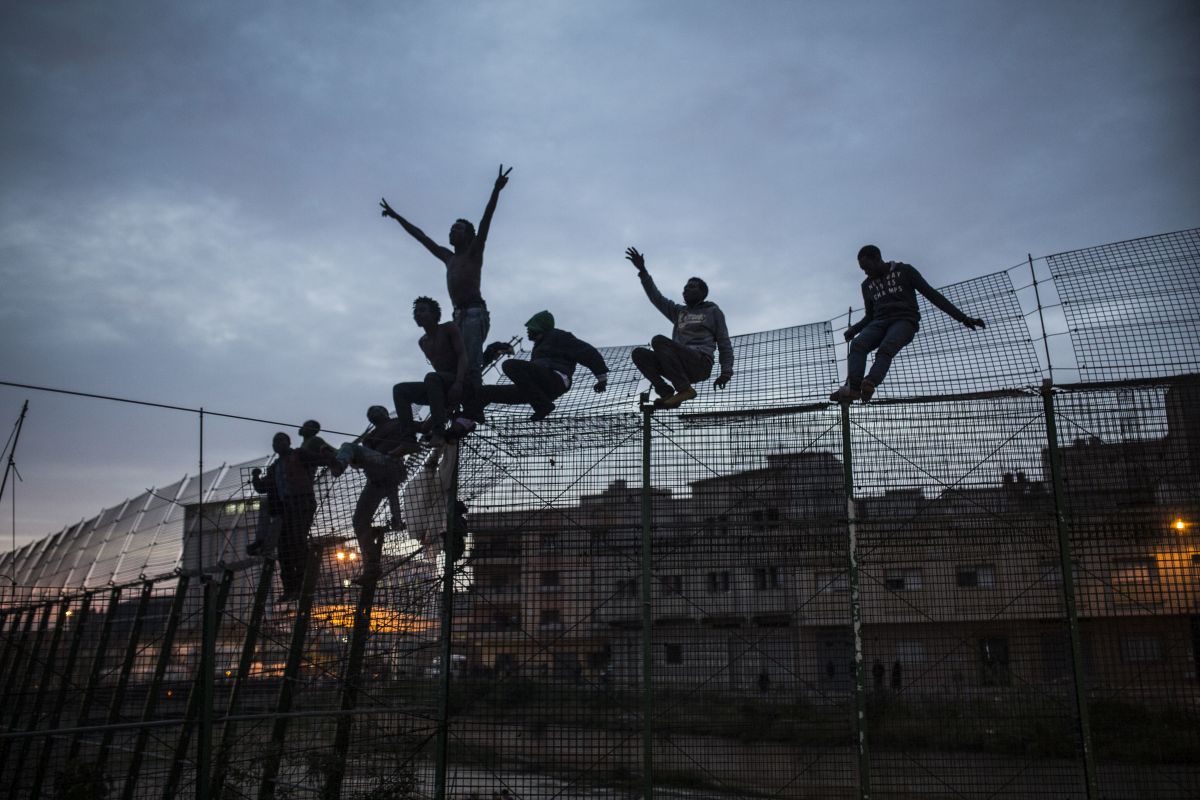 Metal fence that divides Morocco and the Spanish enclave of Melilla. Above, sub-Saharan migrants (March 2014) who were hastily deported shortly after. © Santi Palacios 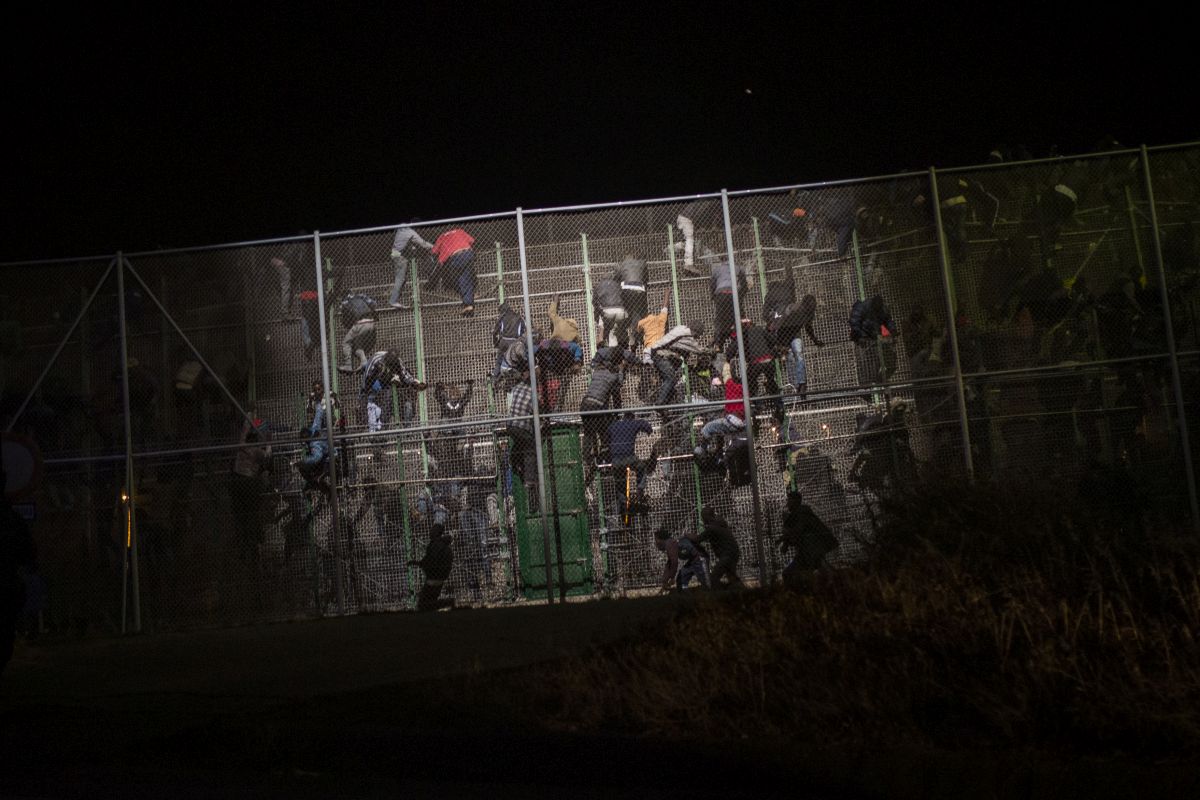 Young people from African countries in May 2014. That day, more than 400 young people jumped the fence and many others were blocked by the Moroccan police or sent back to Morocco by the Spanish Civil Guard. © Santi Palacios 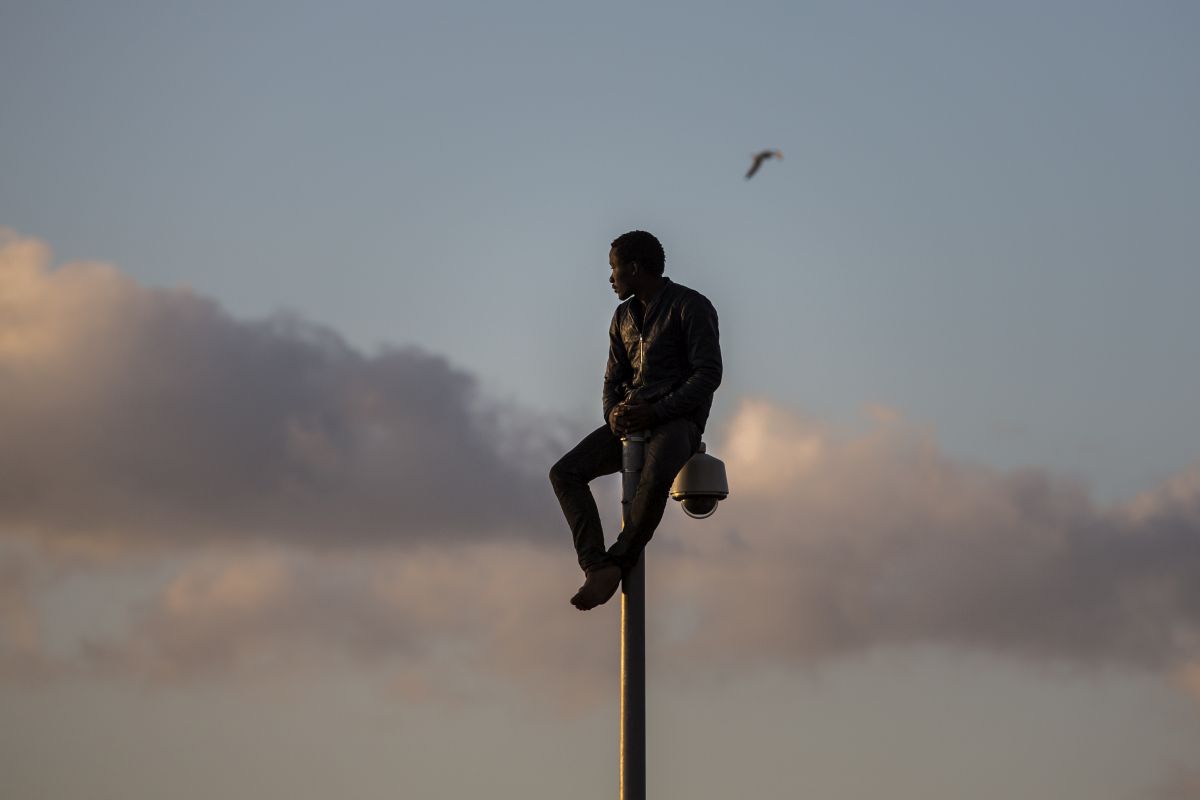 A young migrant sitting on a security camera placed on Melilla’s metal fence. Hundreds of his companions had managed to jump it, but he was sent back to Morocco by the Spanish Civil Guard, after several hours on this pole (28 May 2014). © Santi Palacios 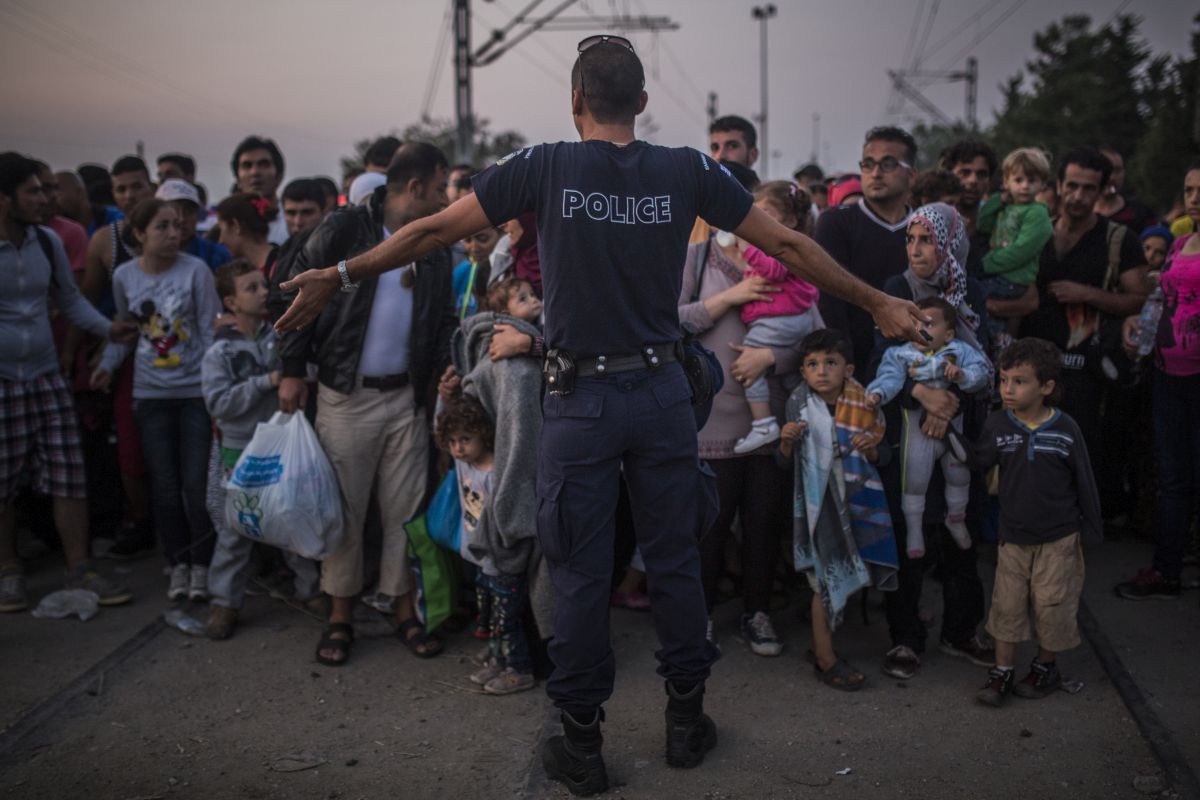 A Greek policeman curbs the passage of dozens of families from Syria, Iraq and Afghanistan, a few metres from the Macedonian border, near the village of Idomeni, in August 2015. © Santi Palacios 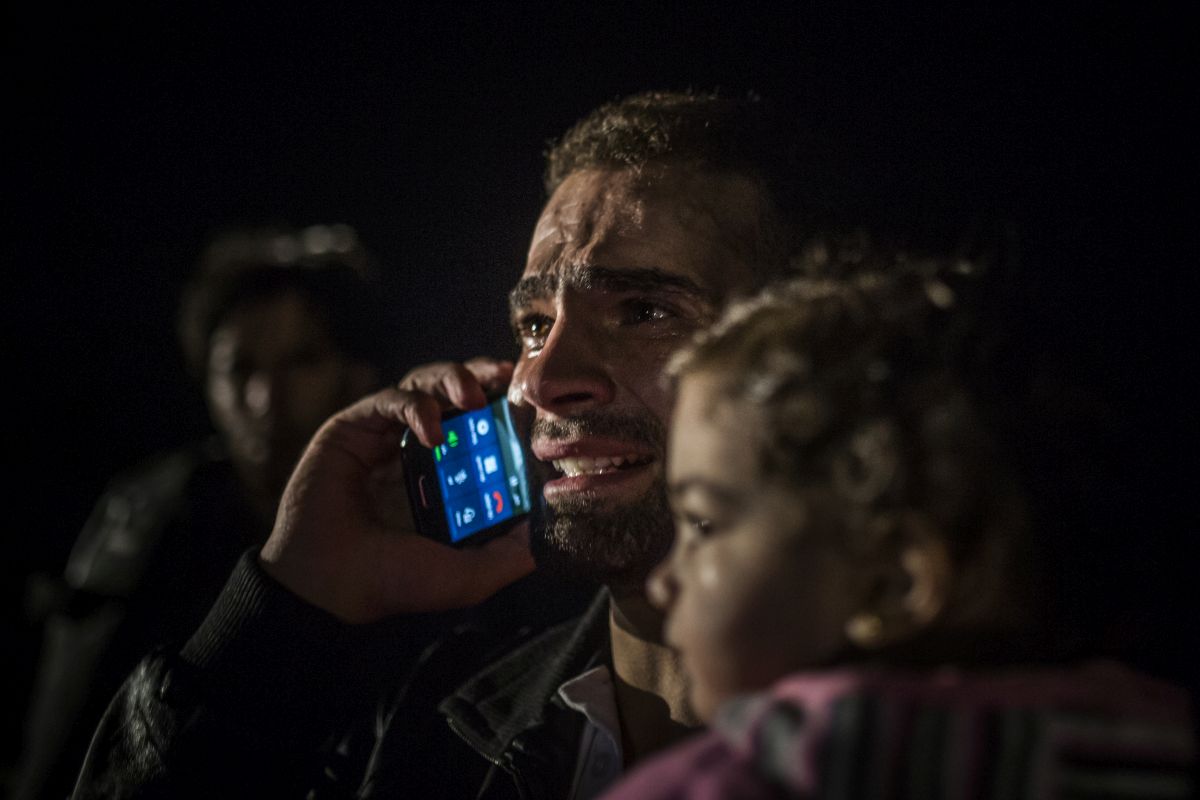 Crossing the sea in precarious small plastic boats and in extremely poor conditions to reach the Greek island of Lesbos from the Turkish coast. This is the journey many people made and continue to make, like this father and his daughter (October 2015). © Santi Palacios 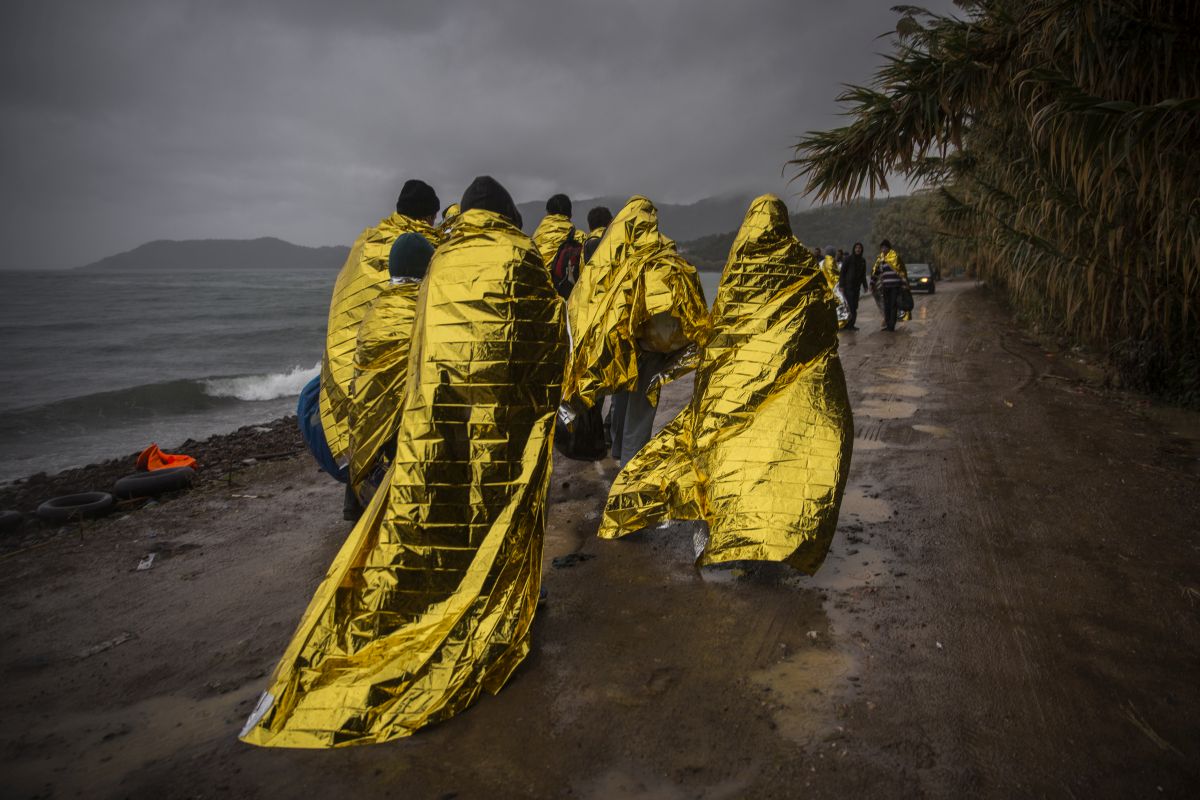 A group of migrants wrap themselves in thermal blankets after crossing the Aegean Sea aboard a small rubber boat, from the Turkish coast to the village of Skala Sikamineas (on the island of Lesbos, in northwestern Greece), in October 2015. © Santi Palacios 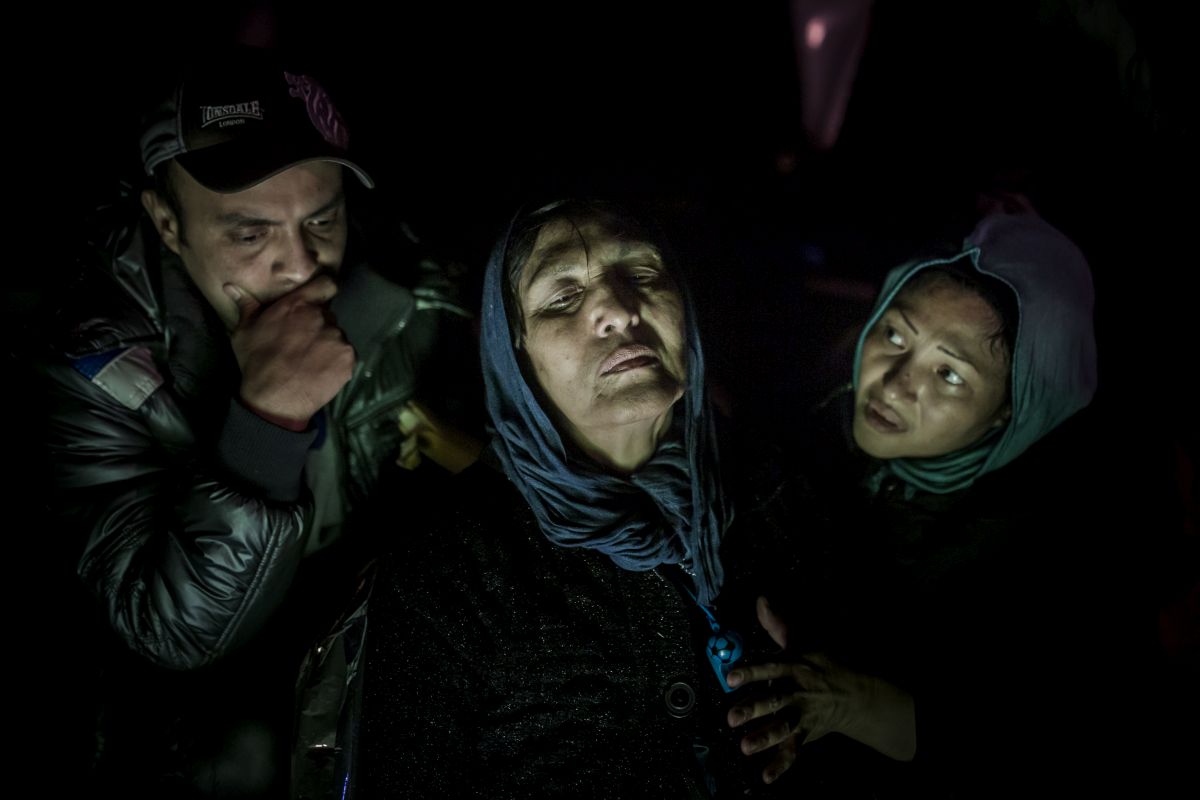 Crossing the sea in precarious small plastic boats and in extremely poor conditions to reach the Greek island of Lesbos from the Turkish coast. This is the journey many people made and continue to make, like these women (November 2015). © Santi Palacios 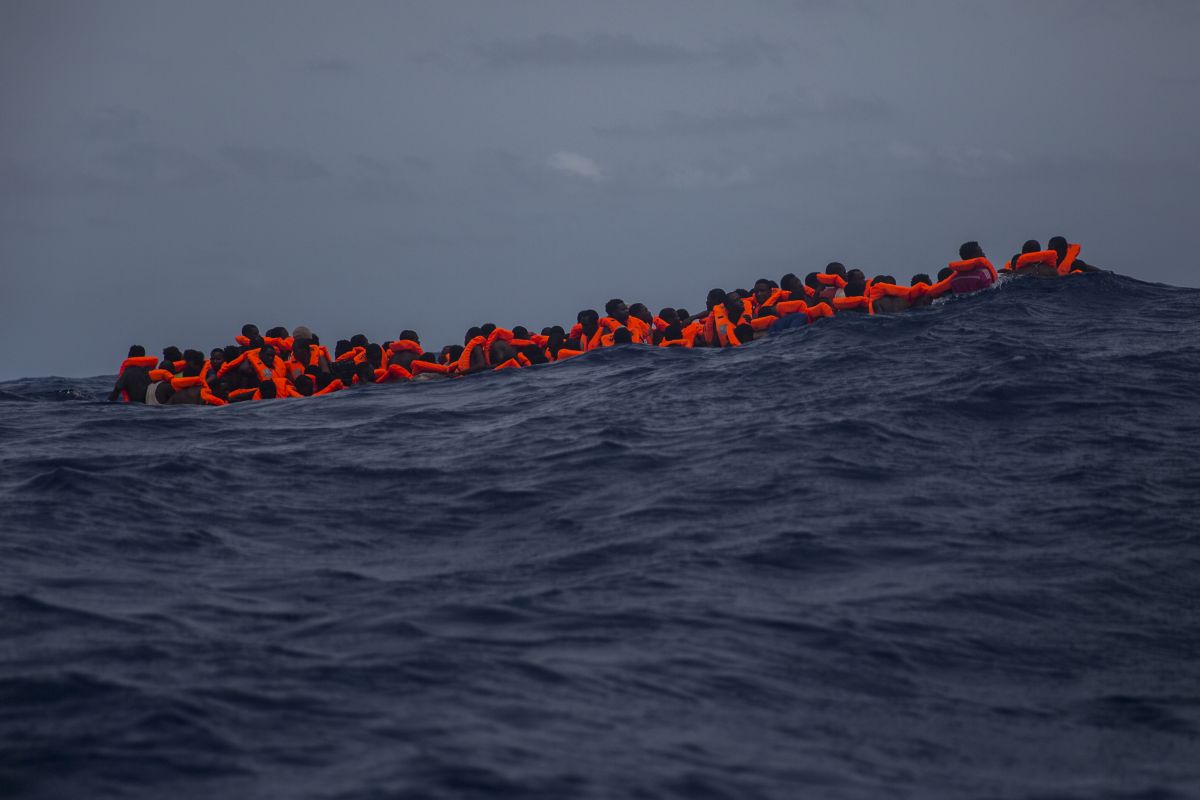 The small boat in the image transported 13 bodies and 168 survivors who had been adrift for more than 24 hours. A team from the NGO Proactiva Open Arms rescued them in the Mediterranean about 15 miles north of Sabratha, Libya, in July 2017. © Santi Palacios 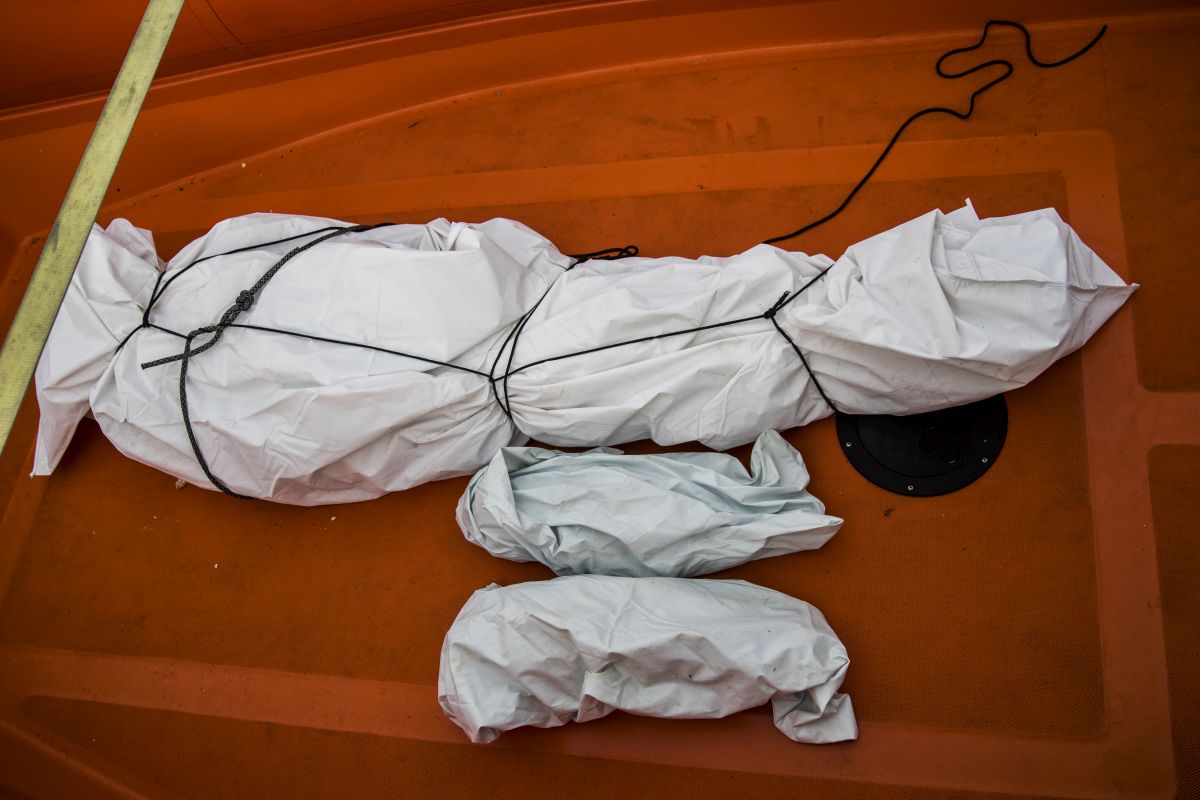 The bodies of a young man and two babies from Eritrea arriving at the Sicilian port of Pozzallo on an Open Arms speedboat on 19 January 2018. 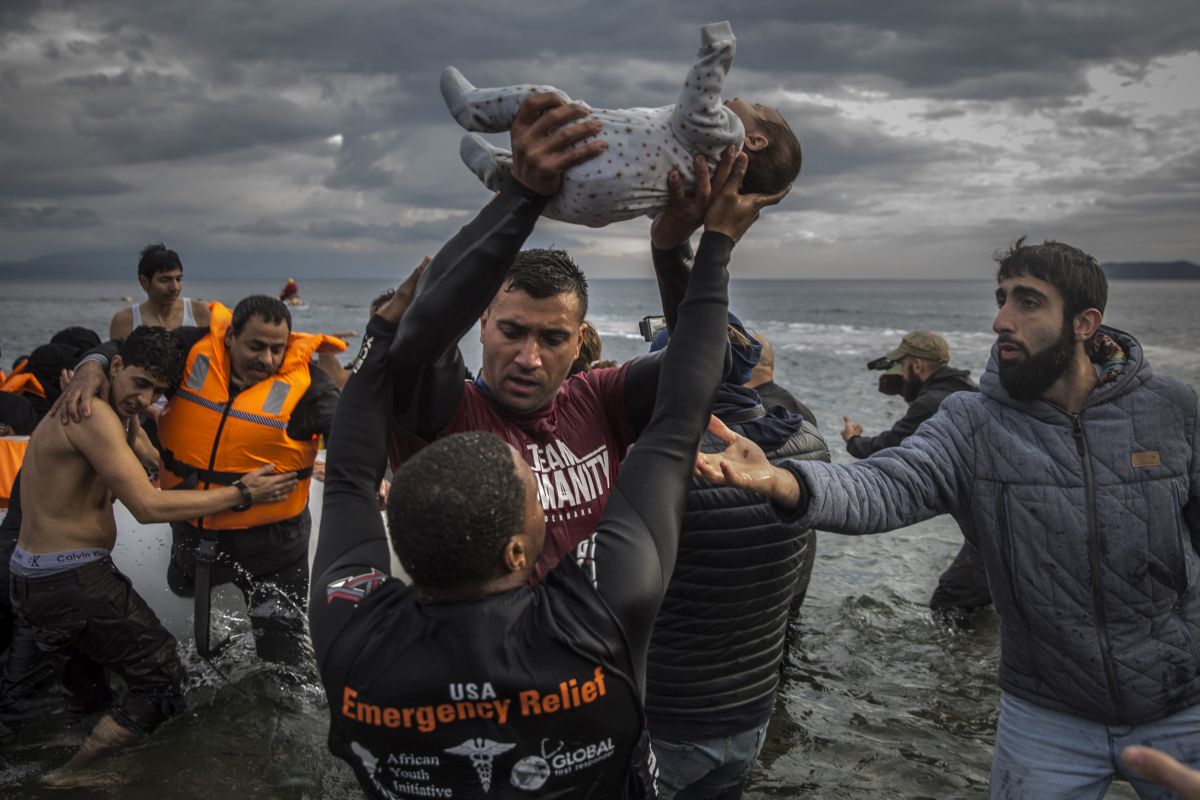 A volunteer holds a baby while others help dozens of people to disembark from a small rubber boat on the north coast of Lesbos on Wednesday 25 November 2015. © Santi Palacios 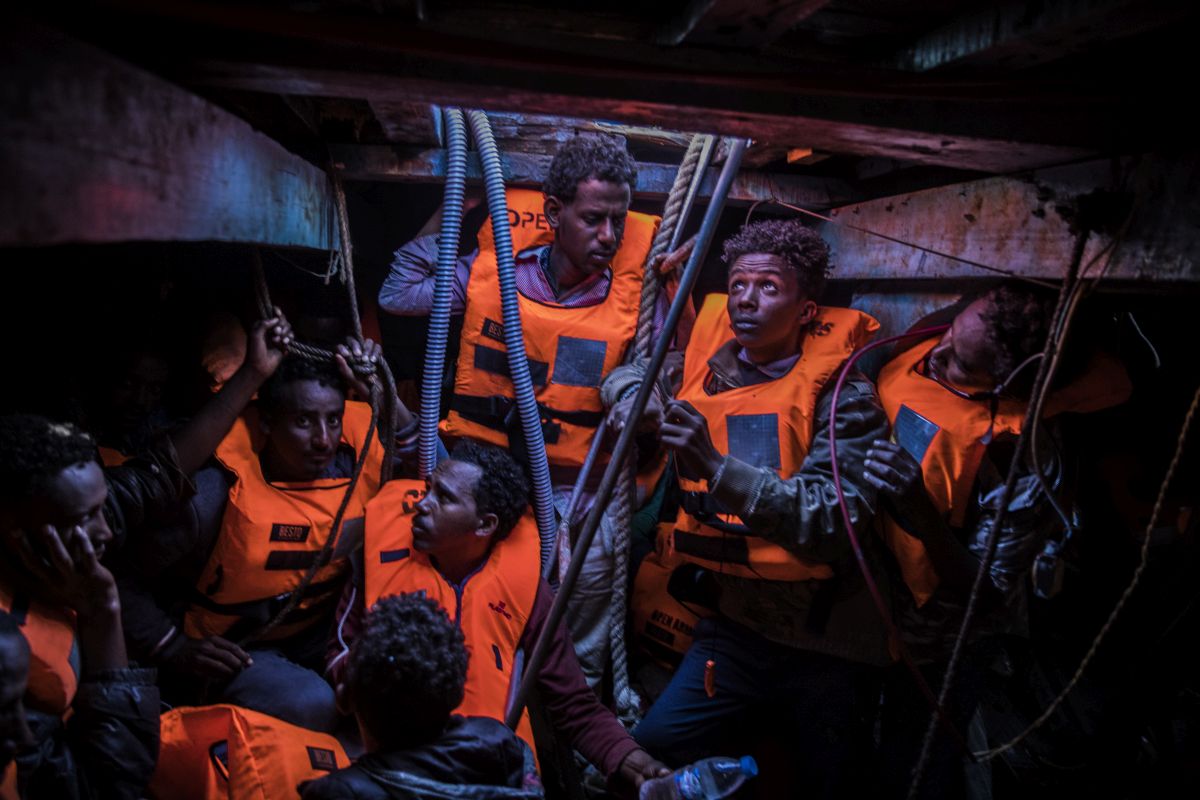 Eritrean migrants on the lower deck of a crowded wooden boat who were rescued adrift by Open Arms. Hours before they had set out from Libya (January 2018). © Santi Palacios 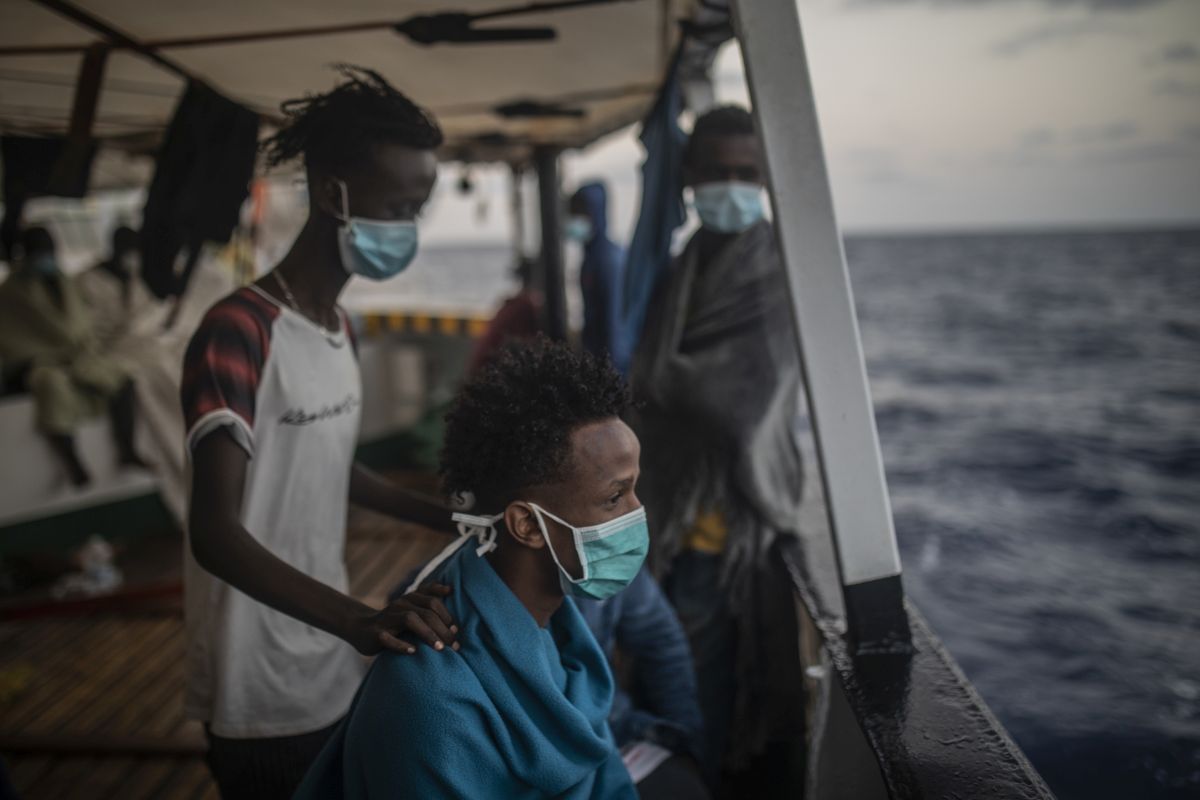 Migrants from Somalia, Egypt and Morocco, as well as Libya, Sierra Leone, Ivory Coast, Bangladesh, Senegal, Syria, Palestine, Benin and Tunisia, with fourteen minors and four women among them, rest on board the NGO Open Arms boat after being rescued in international waters off the Libyan coast (2020). © Santi Palacios 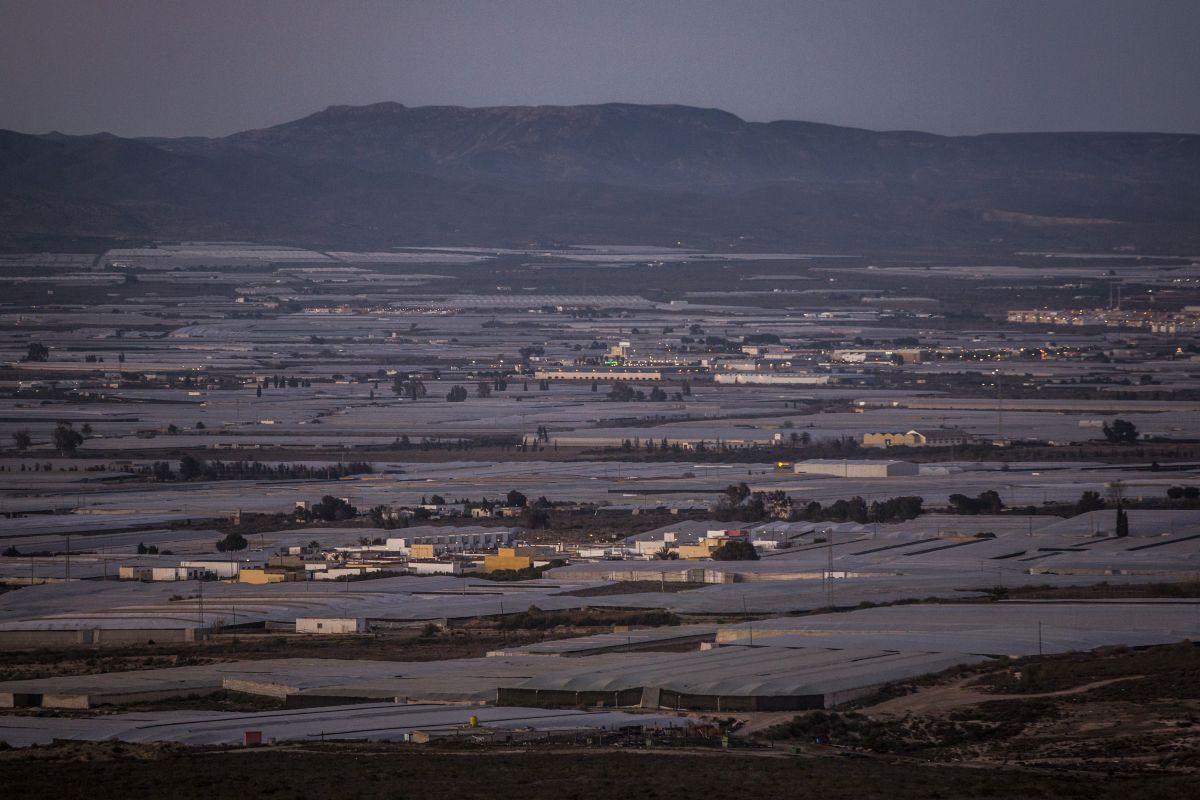 The greenhouses of Níjar, in Almería, are a point of arrival for thousands of migrants seeking to eke out a living, and where they work in precarious conditions. © Santi Palacios 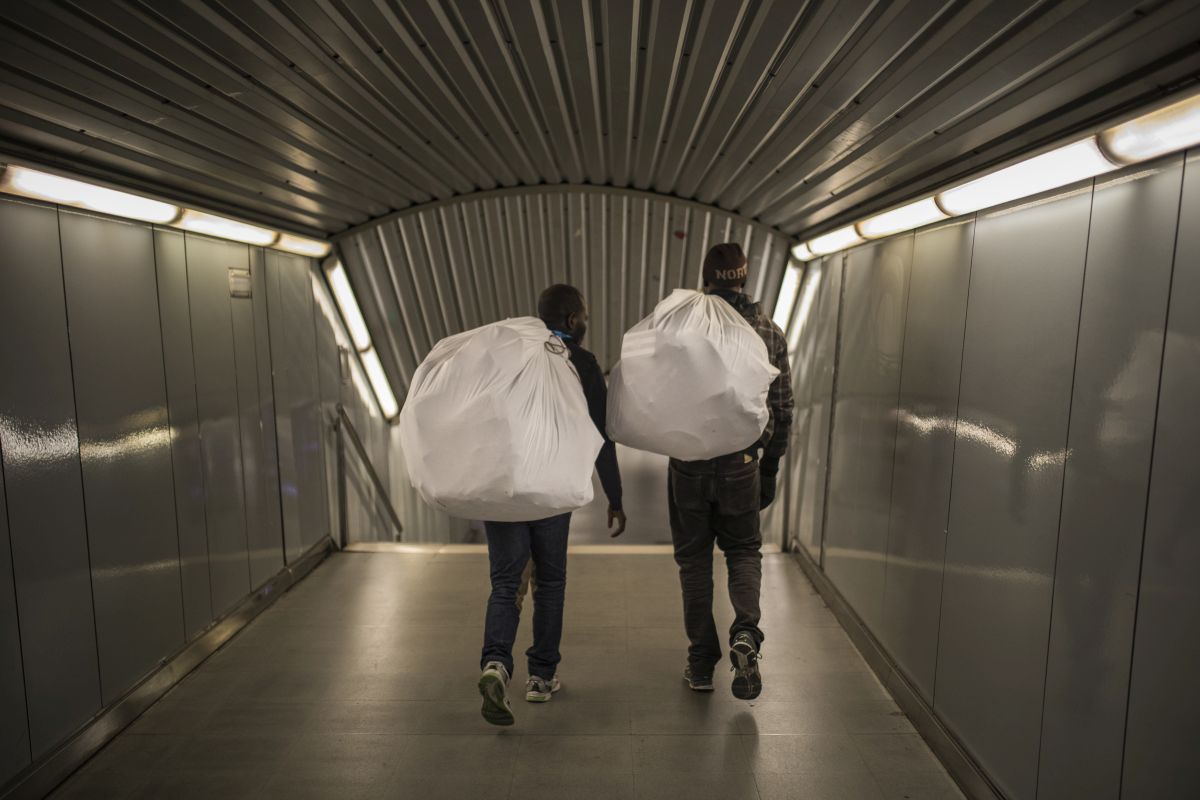 The journey of many sub-Saharan migrants can reach Barcelona. Some may end up being street vendors, like the two young Africans walking through the Barcelona metro (December 2017). © Santi Palacios 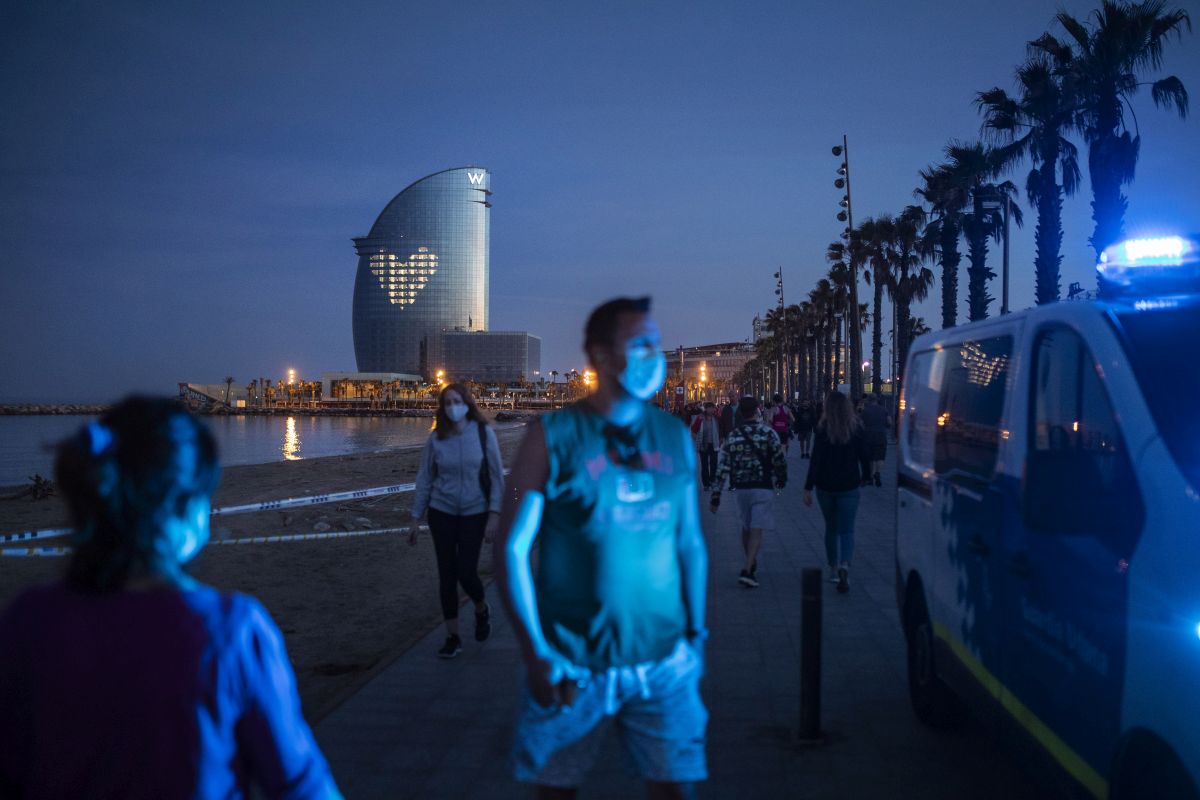 Arriving at a place like Barceloneta beach is the dream that many migrants pursue when they start out on this long and uncertain journey. © Santi Palacios