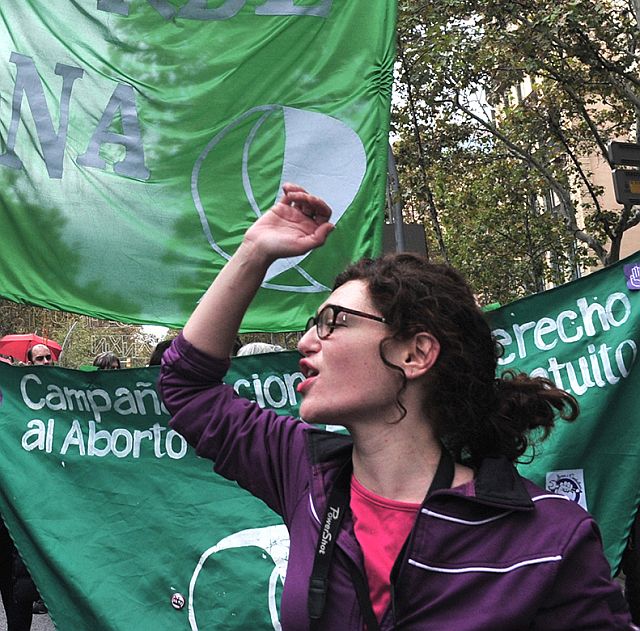 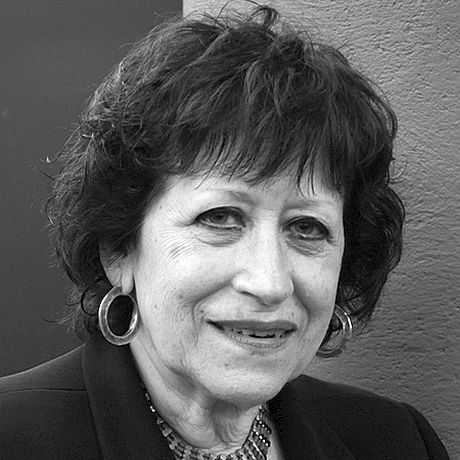 Barcelona, 1943. Having studied theatre direction at the Adrià Gual School of Dramatic Art, she trained as a photojournalist in London and Paris.

Now that women’s mobilisations are marking a new time in politics, we have asked her for a selection of the most iconic moments in Barcelona’s feminist struggle.​

Through social photo-reportage, Pilar Aymerich has depicted demonstrations and social movements since the end of the Franco regime, through the transition, to the present day. She has done so from her own outlook, which she herself described when she collected the 2019 Margarita Rivière Prize for journalistic rigour with a gender perspective: “Professionally, I’ve always approached reality through women’s eyes”. Using her camera, she has accompanied women on their path to defend their rights and their freedoms. Her extensive photographic archive has been seen in more than sixty exhibitions. Now that women’s mobilisations are marking a new time in politics, we have asked her for a selection of the most iconic moments in Barcelona’s feminist struggle. 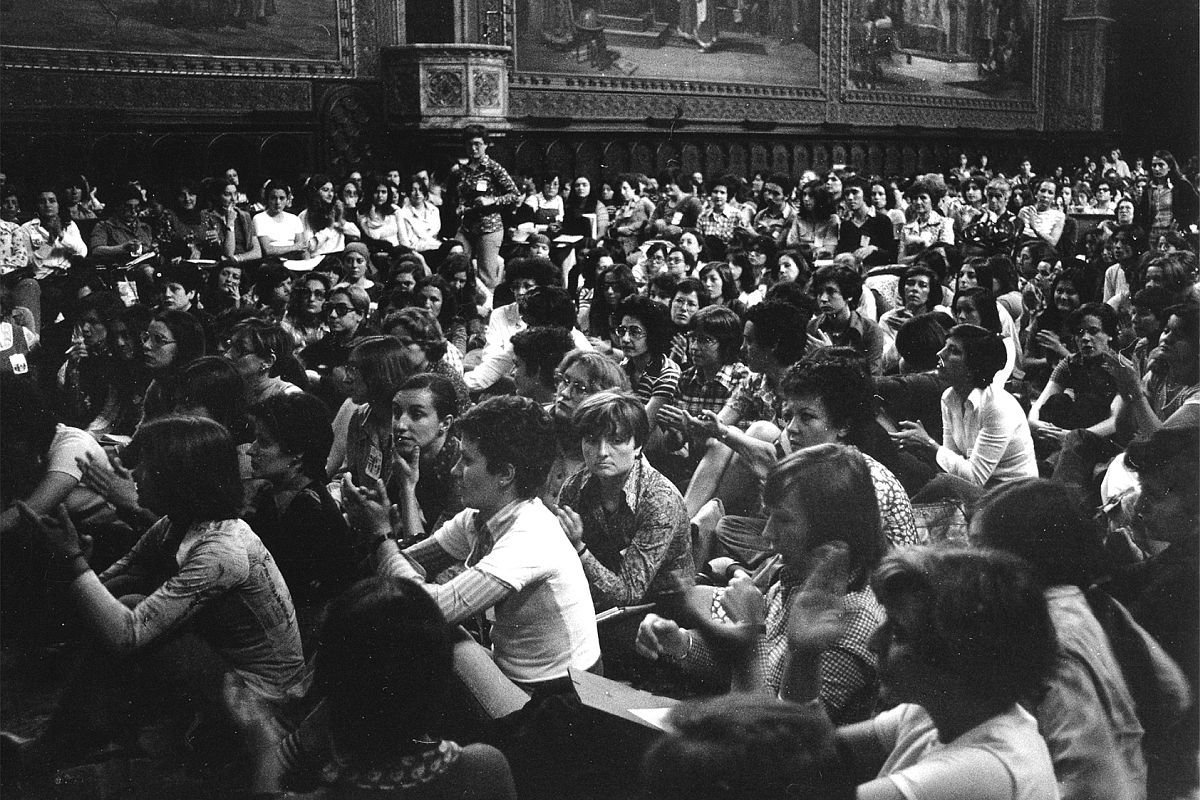 The feminist movement in Catalonia gains momentum with the First Catalan Women’s Conference, which took place in the Auditorium of the University of Barcelona from 27 to 30 May 1976. © Pilar Aymerich 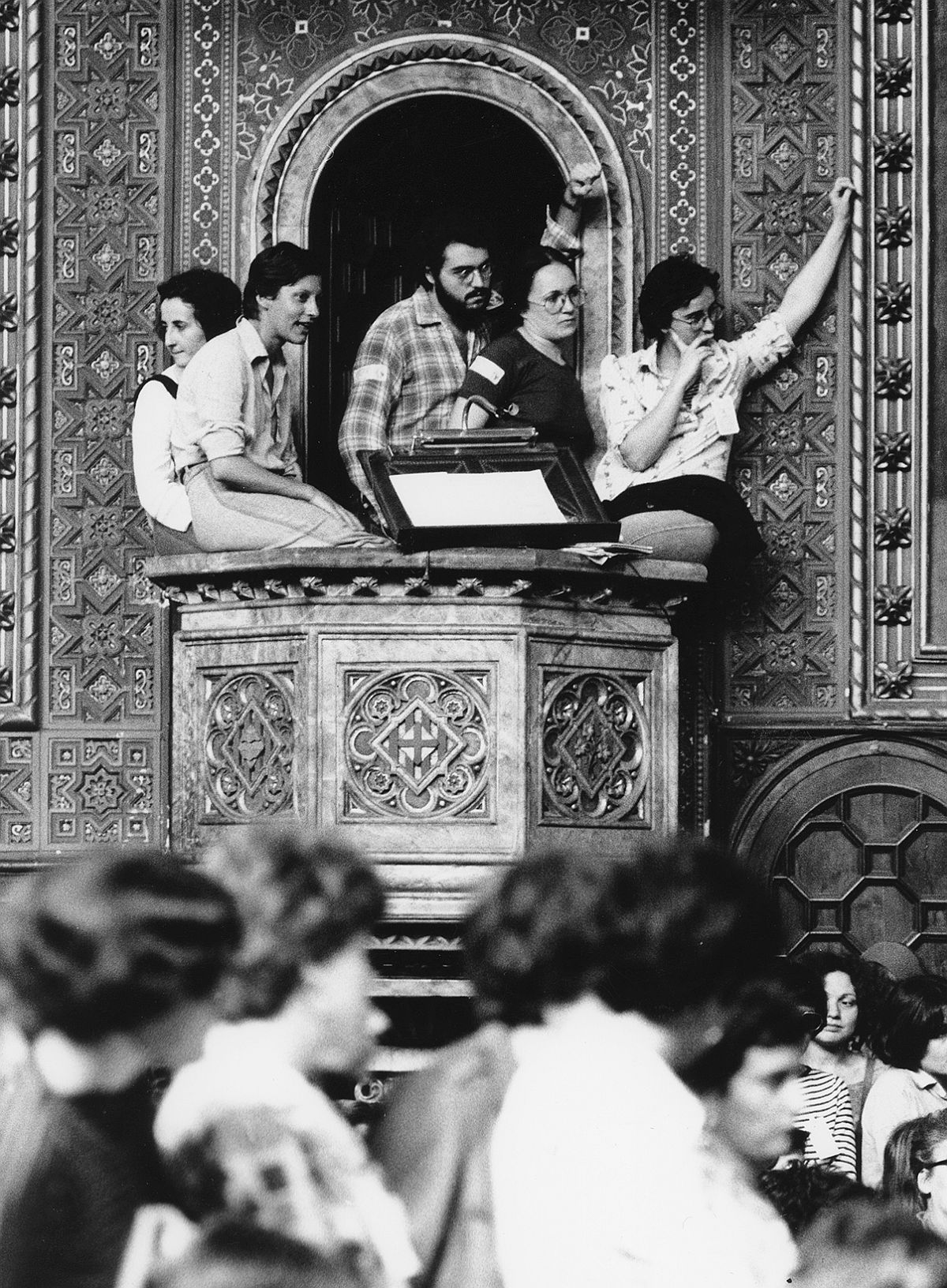 It was debated among the attendees whether men should be allowed in. The photo shows one of the moments when some men were permitted, who followed one of the sessions from the side of the Auditorium. © Pilar Aymerich 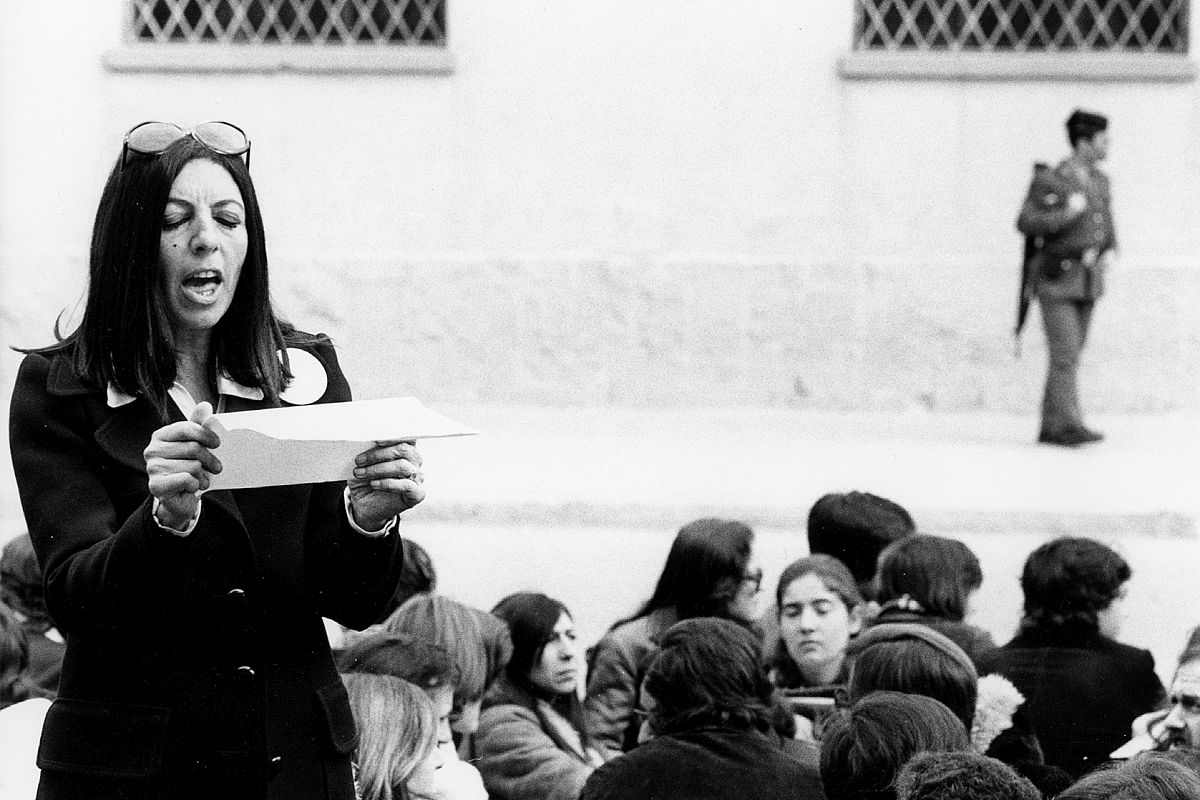 The Democratic Women’s Movement was formed to demand the replacement of the nuns of the Order Cruzadas Evangélicas de Cristo Rey by female civil servants at Trinitat women’s prison. The movement’s representative, Trinidad Sánchez Pacheco, reads a manifesto before the prison in 1976. © Pilar Aymerich 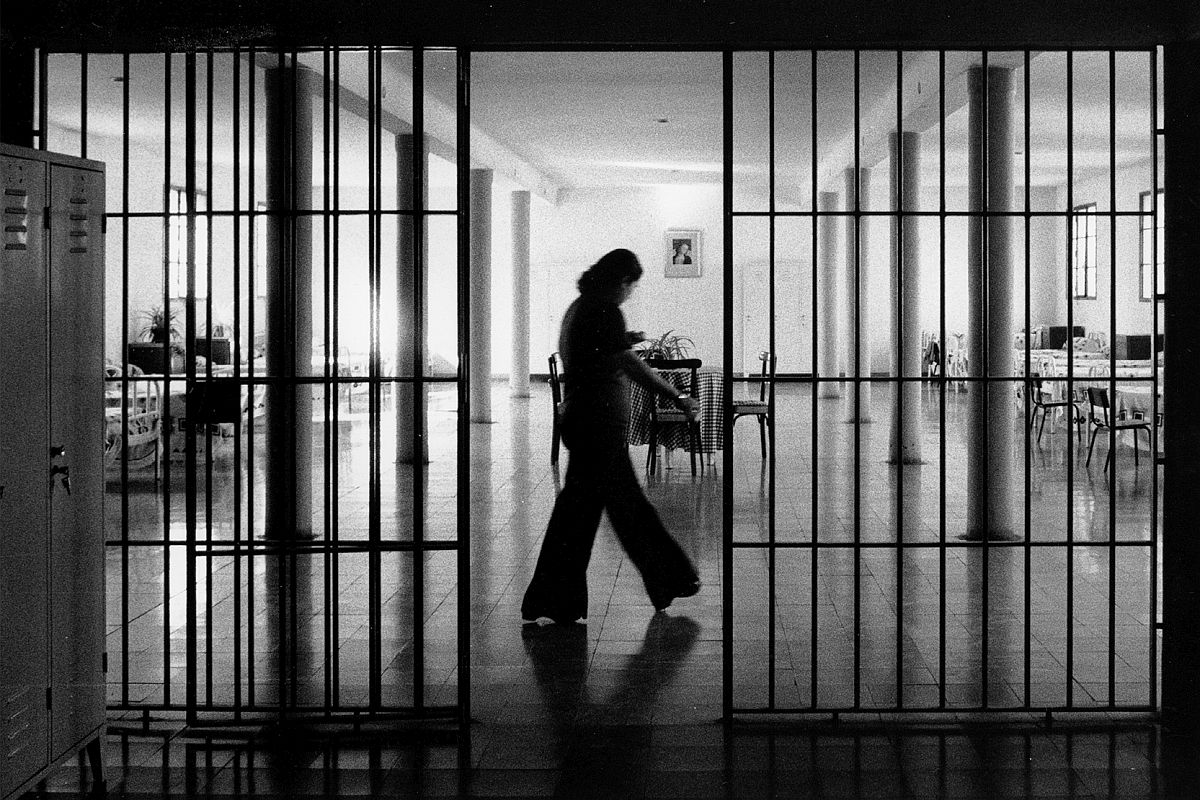 A photo taken in May 1978, when the nuns at Trinitat women’s prison left. Until the civil servants arrived, the inmates were in charge of the prison for a few days. © Pilar Aymerich 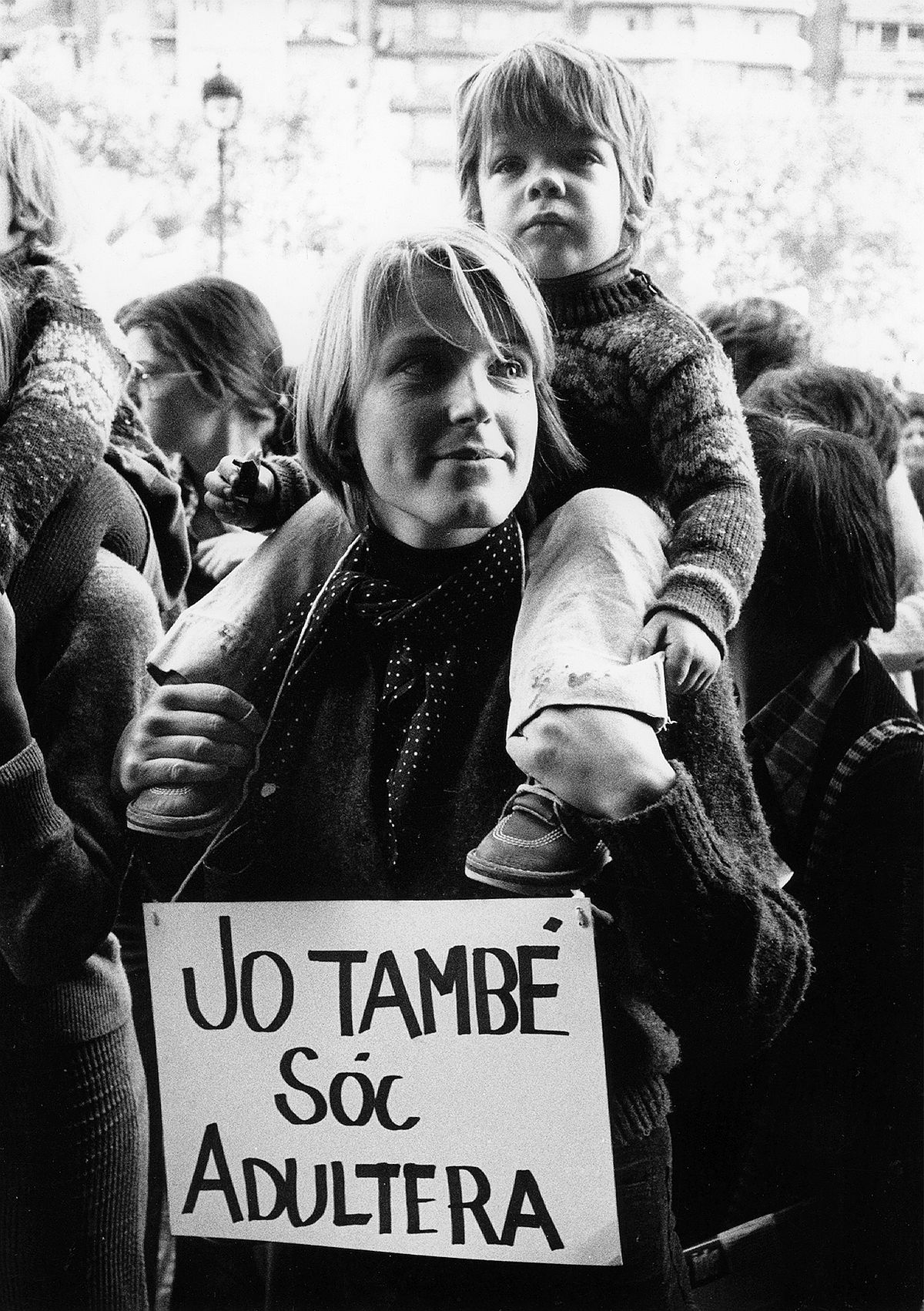 On 16 November 1976, one thousand women (according to La Vanguardia) marched in Barcelona under the slogan “Jo també sóc adúltera” [I am also an adulteress], demanding the decriminalisation of adultery and in support of María Ángeles Muñoz, a woman from Albacete accused of adultery by her husband, who had abandoned her with their two-month-old daughter. © Pilar Aymerich 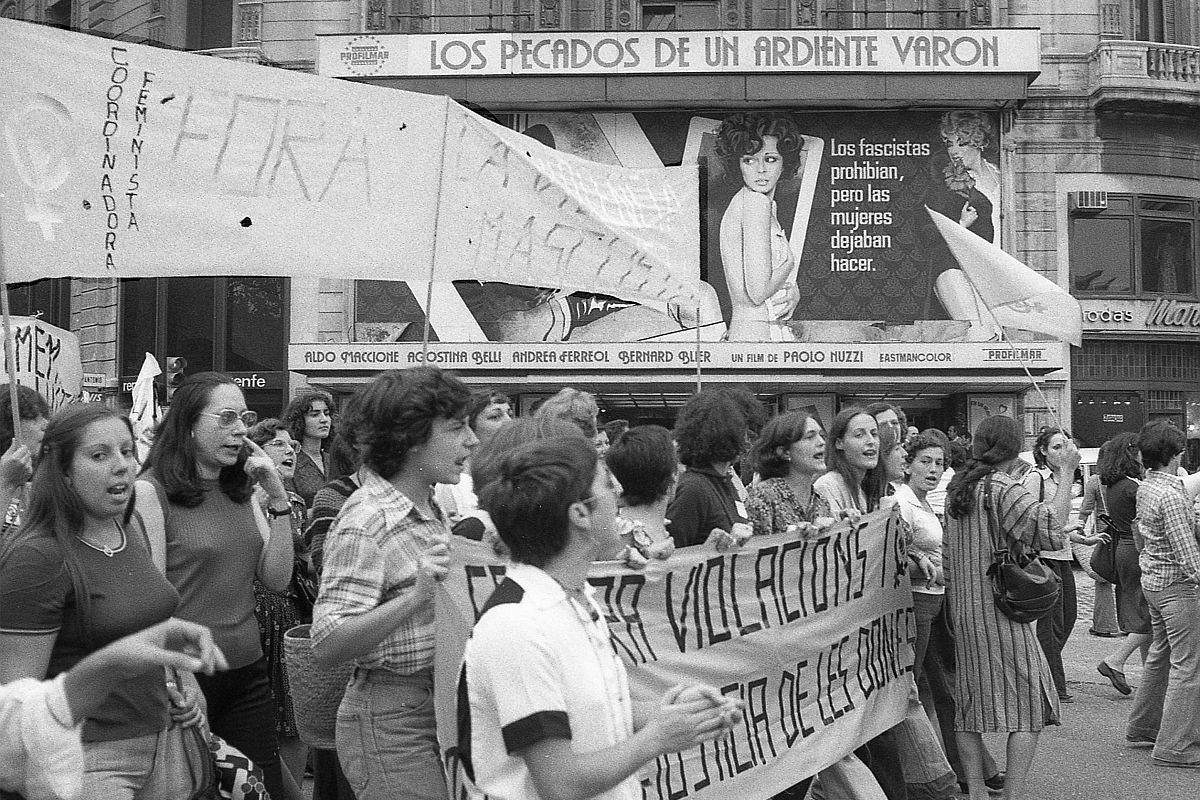 In the late 1970s, there were many protests against violence and mistreatment of women. The photo shows people protesting the rape and death of Antonia España, a worker from Sabadell, who was defended by the Coordinadora Feminista and other more radical feminist groups. © Pilar Aymerich 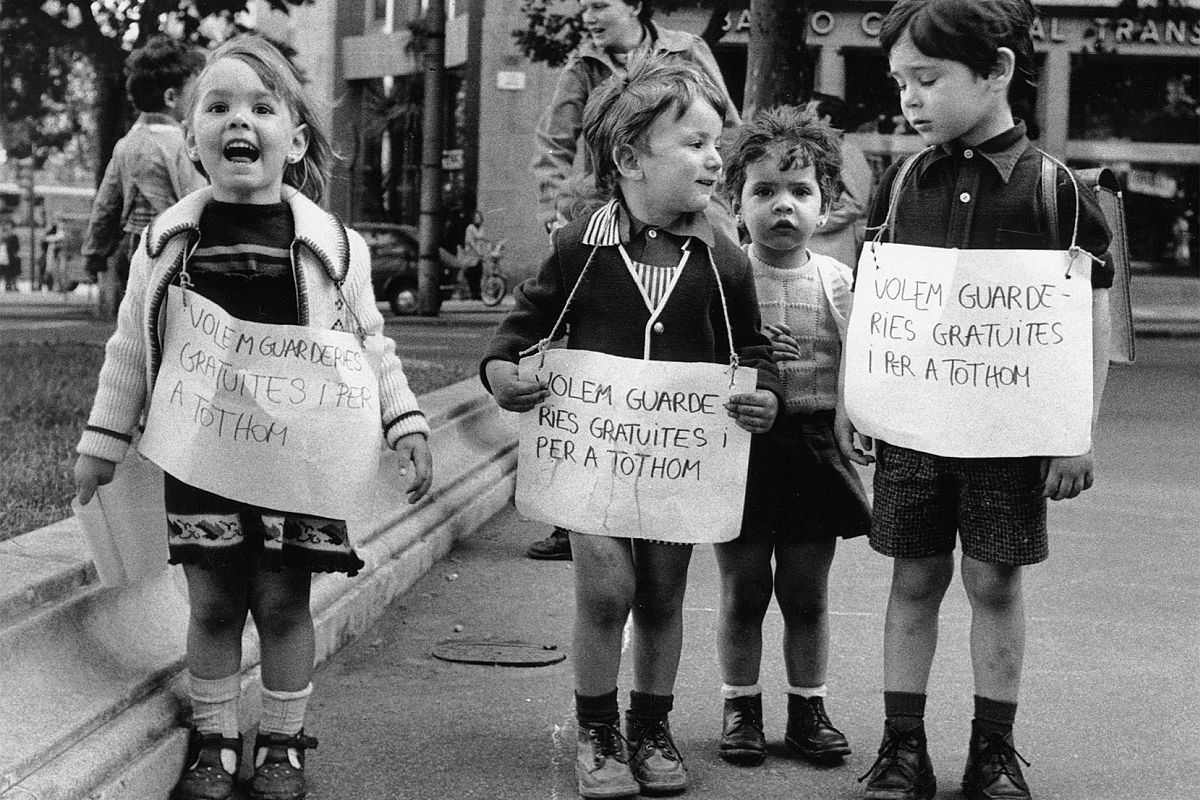 Women’s issues at the beginning of democracy included the demand for free and subsidised kindergartens. The photo shows small demonstrators at a rally in the Jardinets de Passeig de Gràcia in June 1976. © Pilar Aymerich 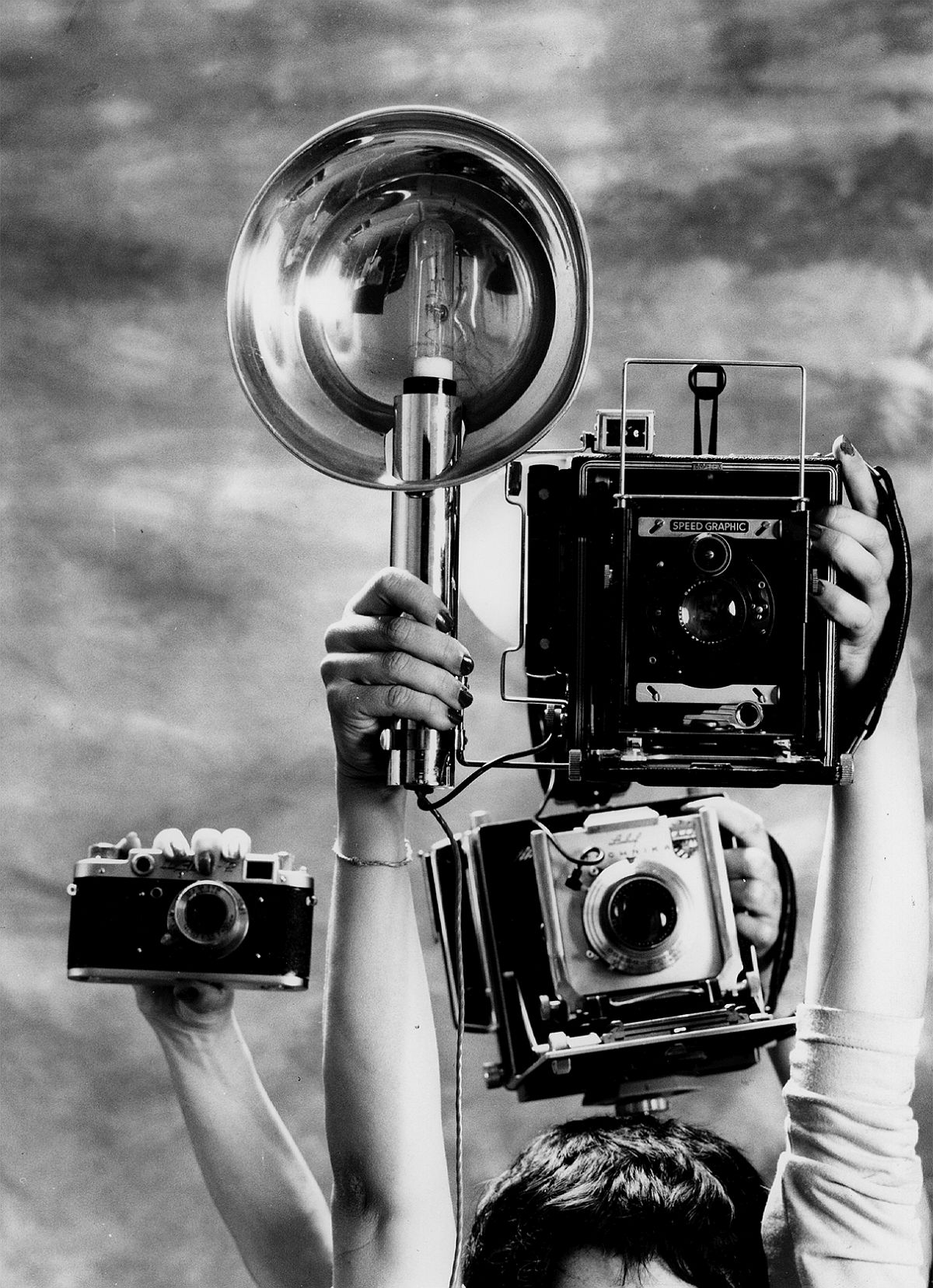 Photo for a commissioned poster about women in Europe, recognising the work of female photojournalists (1980).  © Pilar Aymerich

In the late 1970s, the gay and lesbian rights movement emerged forcefully alongside the feminist movement. One of the most popular slogans at the time was “Maricón? Sí, gràcies” [Poof? Yes, thank you], which emulated the slogan “¿Nucleares? No, gracias” [Nuclear power plants? No, thank you]. The photo shows a gay rights demonstration in 1979. © Pilar Aymerich 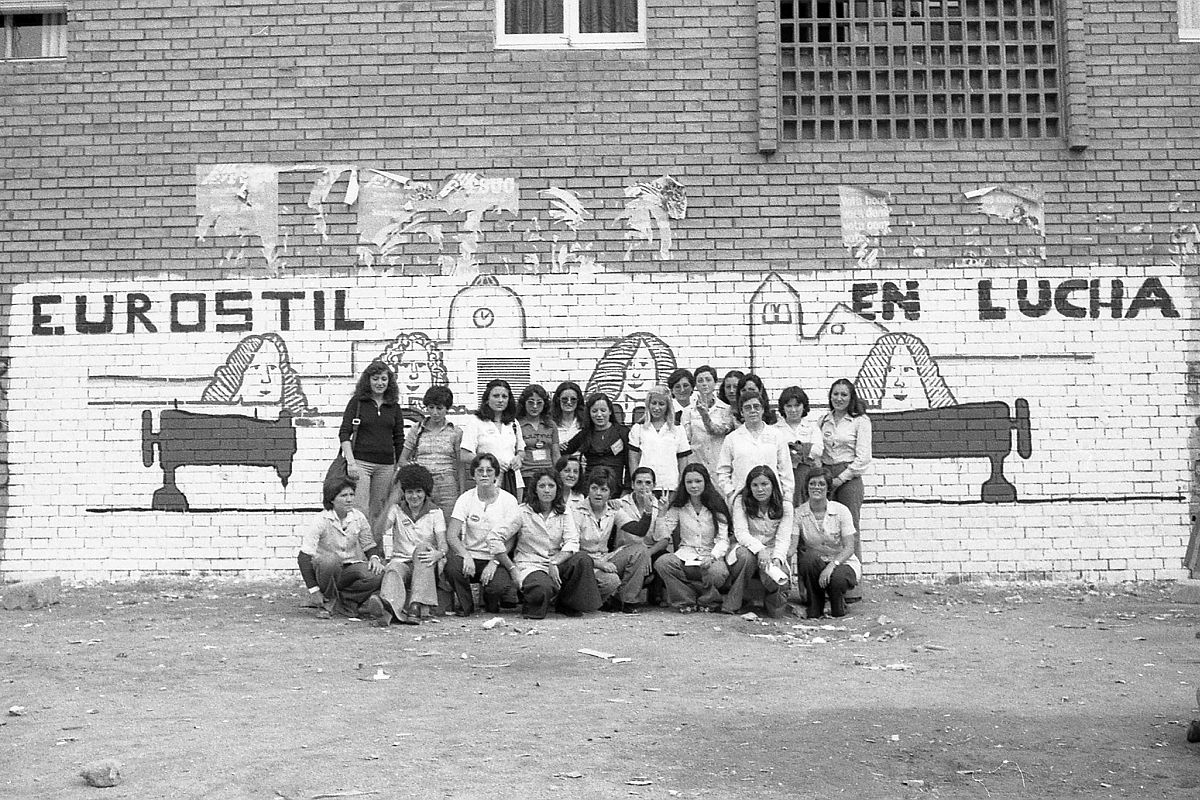 The textile crisis of the 1970s led to the closure of many factories, most of which were staffed by women. The Eurostil factory, in Santa Coloma de Gramenet, was one of the worst affected, and its employees decided to run it themselves. The photo shows the woman-only executive committee in 1977. © Pilar Aymerich 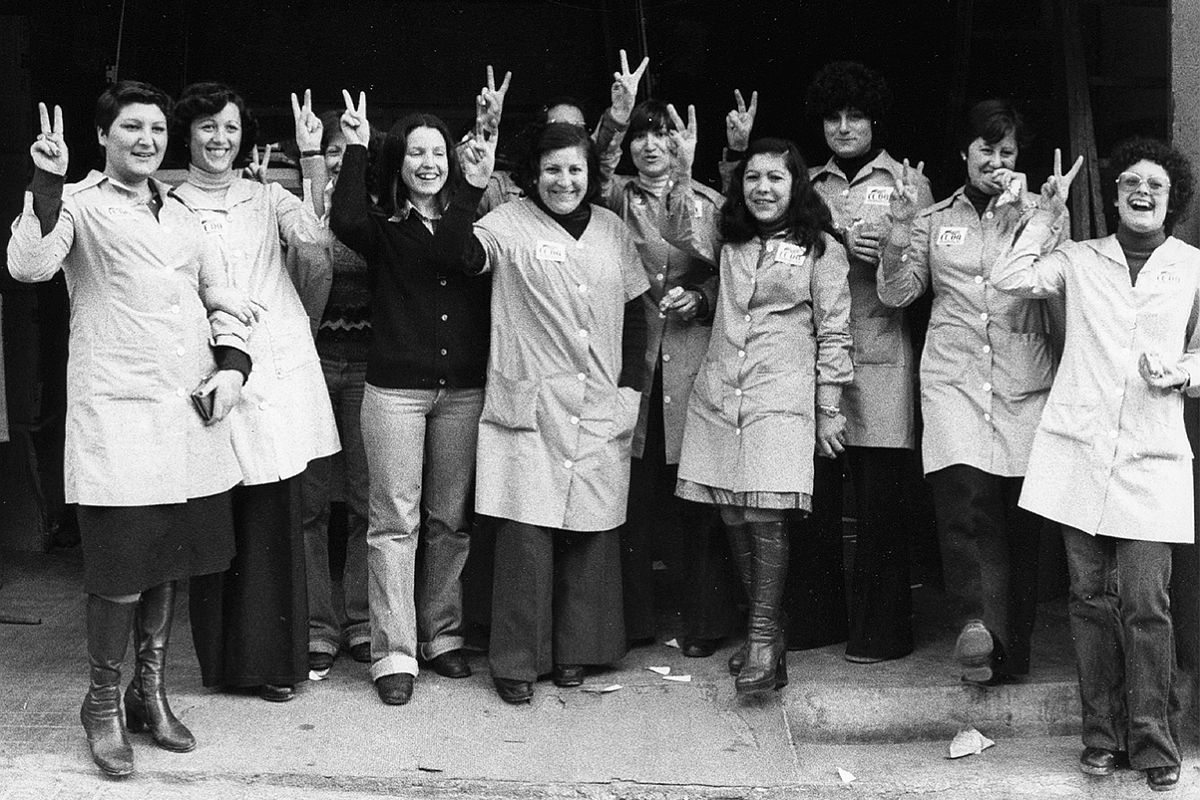 In the 1970s, women also joined the unions. The photo below shows CCOO union representatives from the Cosmo factory in Barcelona in 1978.  © Pilar Aymerich 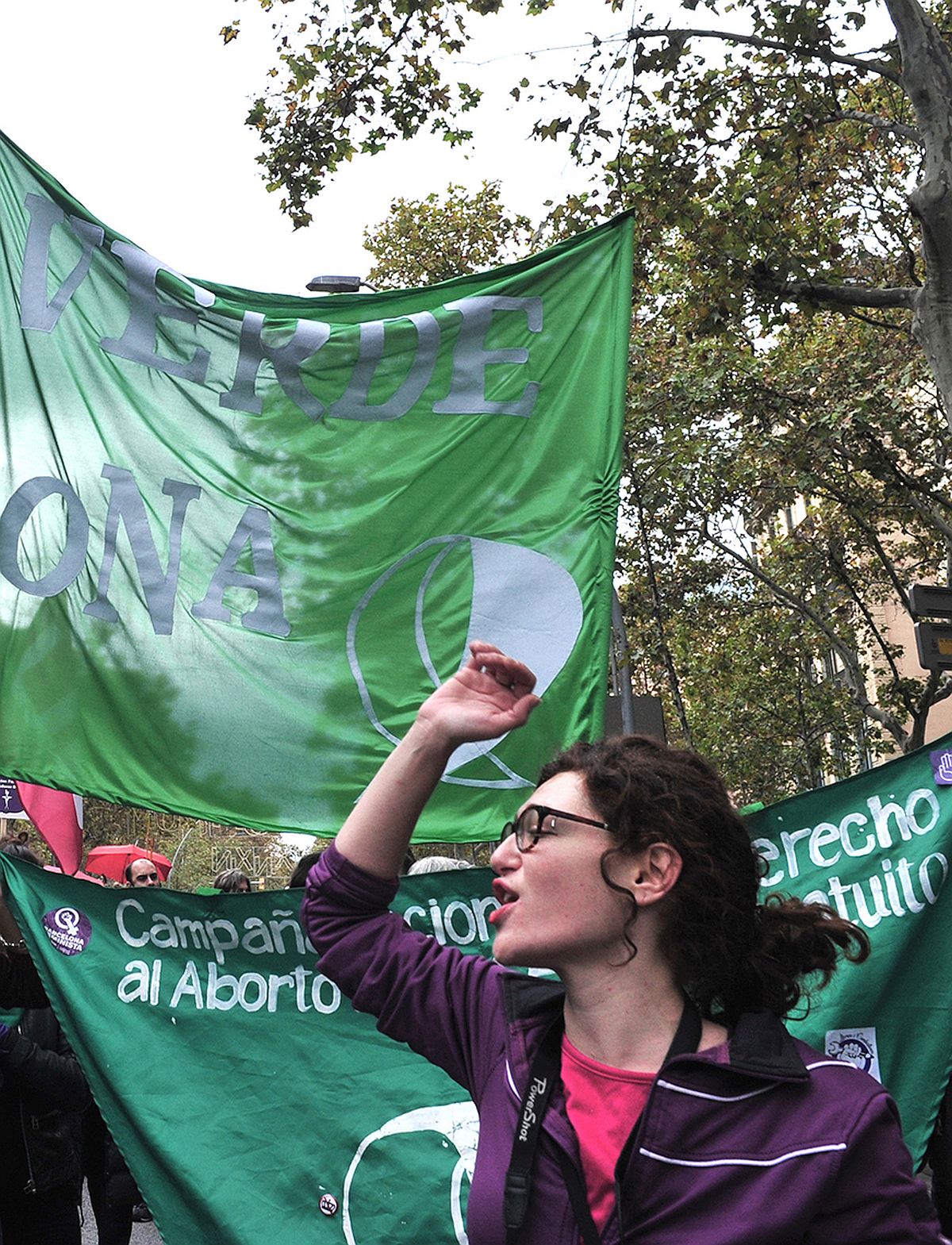 The demand for unrestricted free abortion is still found in feminist campaigns. Marea Verde Barcelona is a group that advocates legal, safe and free abortion while condemning the difficulties and stigmatisation that still surround interruptions of pregnancy. The photo shows a demonstration by the group in 2018, the year it was formed. © Pilar Aymerich 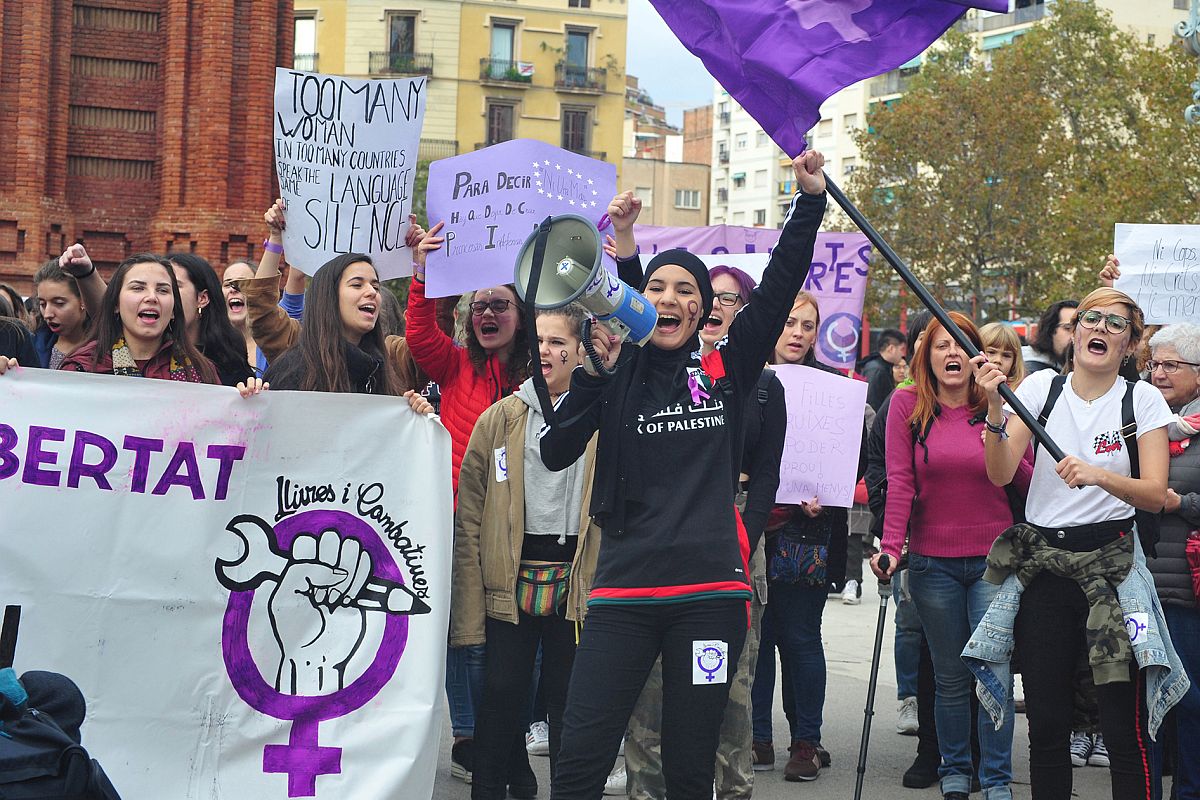 On 8 March 2018, a general feminist strike was called for the first time, with hundreds of thousands of women marching against gender inequality. The demonstrations continued throughout the year, such as the one in the photo, in the Passeig de l’Arc de Triomf in September 2018. © Pilar Aymerich 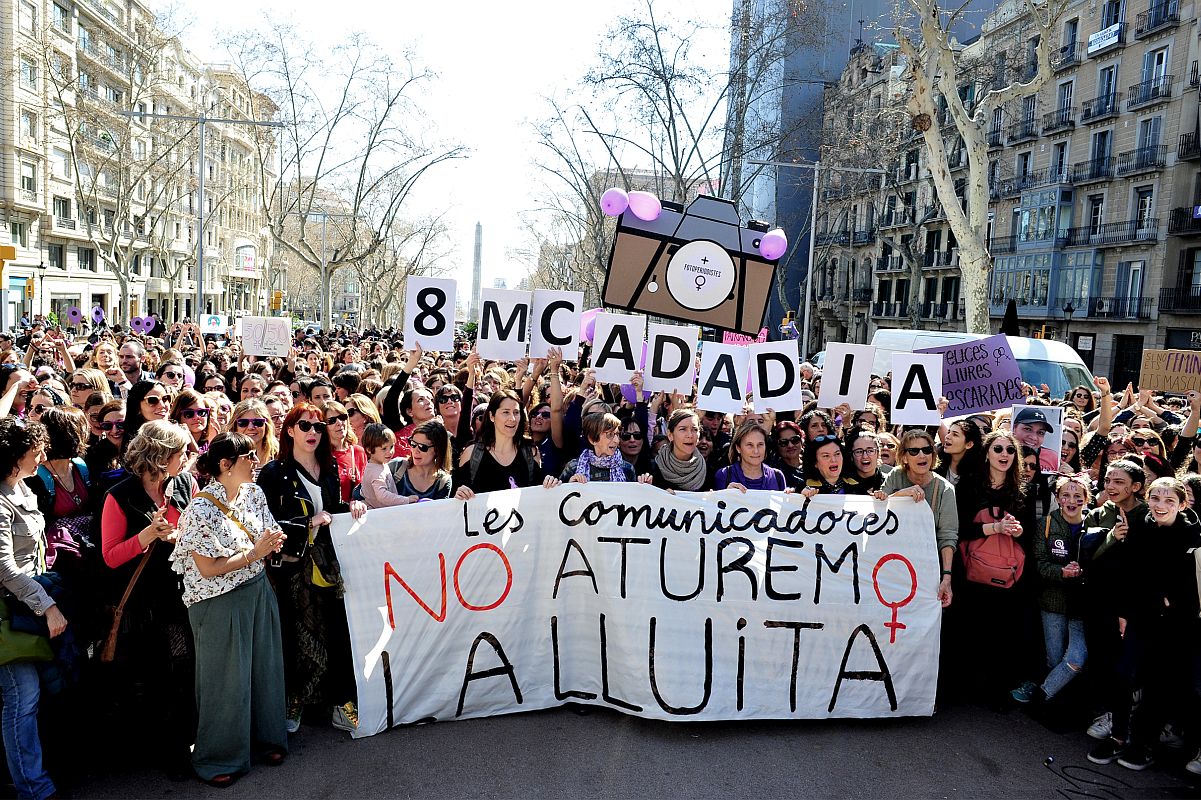 One year later of the first general feminist strike, on 8 March 2019, the call to fight discrimination and violence against women was repeated. In the photo, an event called for by female journalists at the Jardinets de Passeig de Gràcia. © Pilar Aymerich