Apart from their intrinsic beauty and historical value, many MUEC BCN objects are representative of traditions that are very much alive.

Intangible cultural heritage is a recognition awarded by UNESCO to various traditions around the world which represent cultural wealth and diversity. Eight forms of intangible heritage have been recognised in the Catalan Countries, some of which are represented in the Parc Montjuïc Venue. However, there are also some at the Montcada Venue, representing various world cultures. Today we will present one of them.

Hall no. 5 in the Montcada Venue, on the ground floor, is dedicated to the Yoruba culture. This is a people from the south-west of Nigeria, where the exhibits come from, but their traditions, especially their religion, have spread to other countries and continents.

One of the main characteristics of their beliefs is the art of Ifa divination. This is a complex system which combines numeric codes with a long poem divided into various verses or odu. This oracle has many variations, and there are also many versions of its literary corpus.

The ritual consists of formulating a question, about a doubt or a personal problem, followed by casting small objects, which may be palm nuts or cowrie shells, on a tray called Opon Ifá, like the one displayed in the museum. This casting, or various castings in succession, depending on how the pieces fall, result in a number between 1 and 256, which corresponds to a fragment of the poem. This is then used to interpret the response offered by the oracle.

Although the system is based on 256 verses, which is the result of multiplying the 16 chapters of the poem by the 16 verses that each one contains, there are up to 800 different ones, depending on local variants and new incorporations that are made to include contemporary themes and motives. The 16 chapters correspond to the 16 orixás or deities of the Yoruba religion.

This tradition travelled to the Americas with the Yoruba slaves, transported by Europeans to work in the New World, and in spite of the persecution of their original customs, Ifa divination and the names of the orixás have been conserved to the present day and form part of Afro-American religions such as Santeria or Voodoo.

In addition to the memory of their ancestral religion, these descendants of the Yoruba have also conserved the use of cowrie shells, from a mollusc that is native to the Indian Ocean, which in the Middle Ages was used as a currency throughout Central Africa. In Nigeria, these shells were kept in wooden figures, like the one exhibited in the Carrer de Montcada museum.

This tradition is present in Africa, where it originated, in the Americas, where it arrived with the slaves, and places around the world where Nigerian immigrants have arrived. It has not only been recognised by UNESCO as intangible cultural heritage, but it also forms part of the everyday lives of many people. A good example of this is the existence of mobile apps that make it possible to carry Ifa divination in your pocket, in various languages and with all the variants that the diaspora has created around the world. 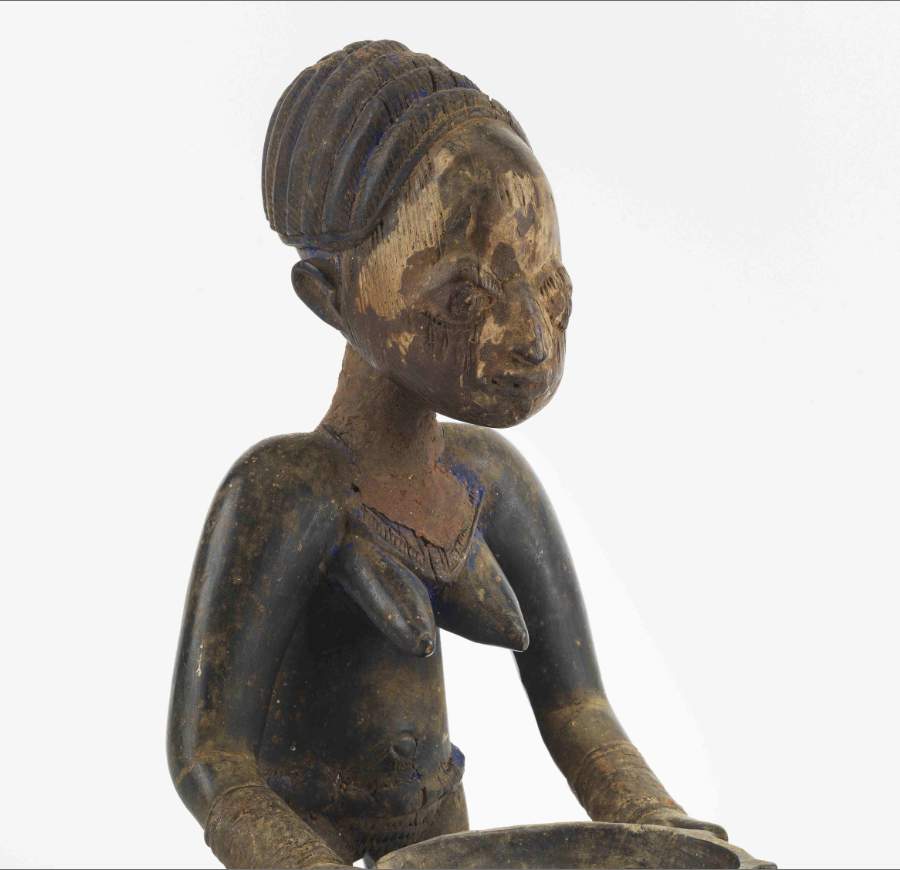 First half of the 20th Century Would you like to see it?

Nigeria, First half of the 20th Century 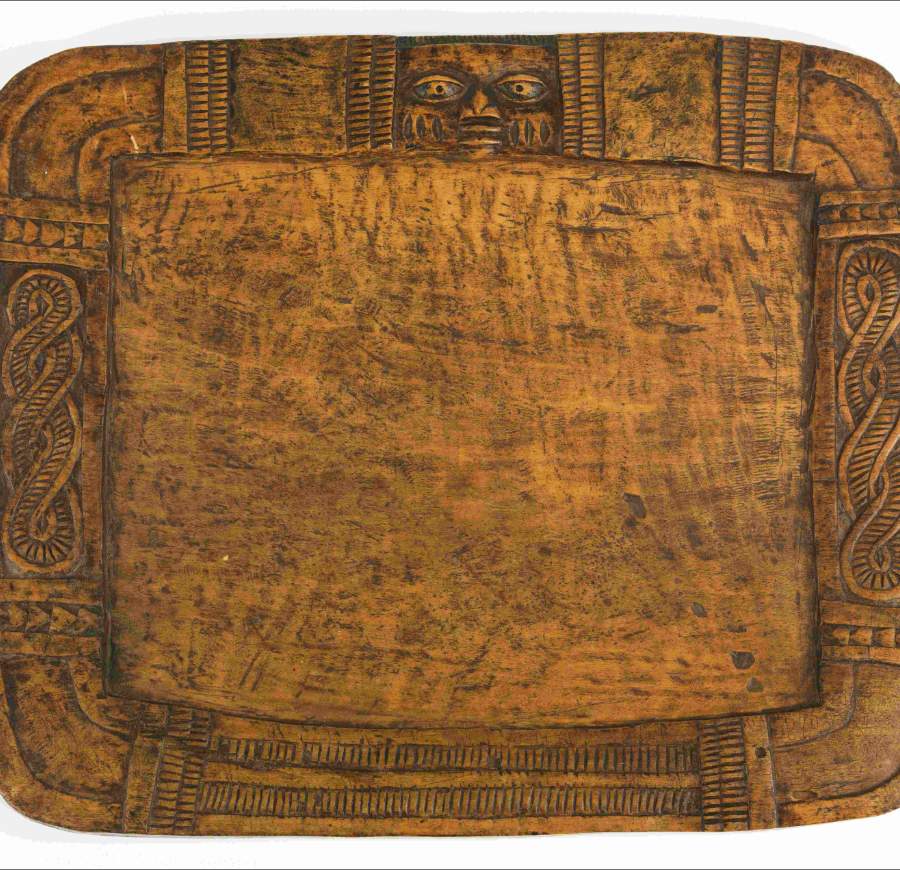 Late 19th Century – Early 20th Century Would you like to see it?