“Wayang kulit. Javan Shadow Puppets at the Museu de Cultures del Món” is the first showcase exhibition in the foyer of the Museu Etnològic i de Cultures del Món's Montcada Venue. Consisting of eight pieces from the museum's collection, the exhibition concerns one of the great theatrical traditions in Indonesia, which has been documented since the 10th century.

The wayang kulit shadow puppets are from the island of Java and are based on the Indian Mahābhārata and Rāmāyaṇa sagas, along with mythical stories from the island itself. Apart from being a form of entertainment, the performances have a pedagogical function, with profound moral and philosophical meanings. Similarly, the musical styles that accompany the performance are noted for their complexity.

This ancient and traditional form of narration originated in the royal courts of Java and Bali, and also in rural areas, where it evolved over ten centuries. Today, the wayang is also practised in Lombok, Madura, Sumatra and Borneo, where they have developed local performance and musical styles.

The wayang kulit, one of the most characteristic styles, are flat shadow-theatre puppets, made of wood and polychrome leather. The dalang (master puppeteer) moves them gently with thin wooden sticks joined to the puppet's hands and he projects the silhouettes onto a screen, like Chinese shadow puppets. 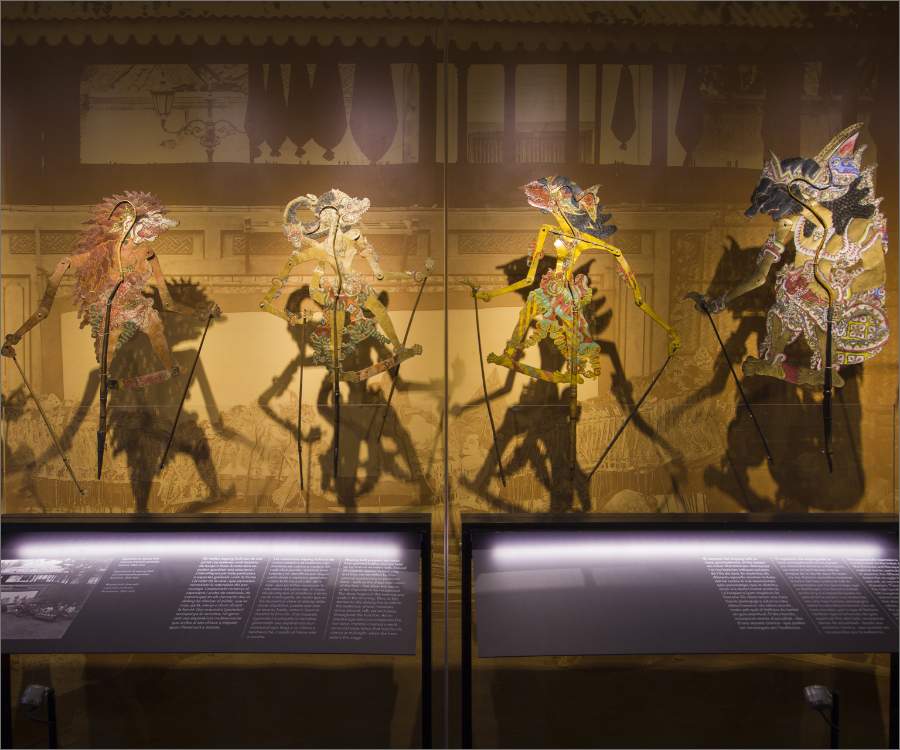 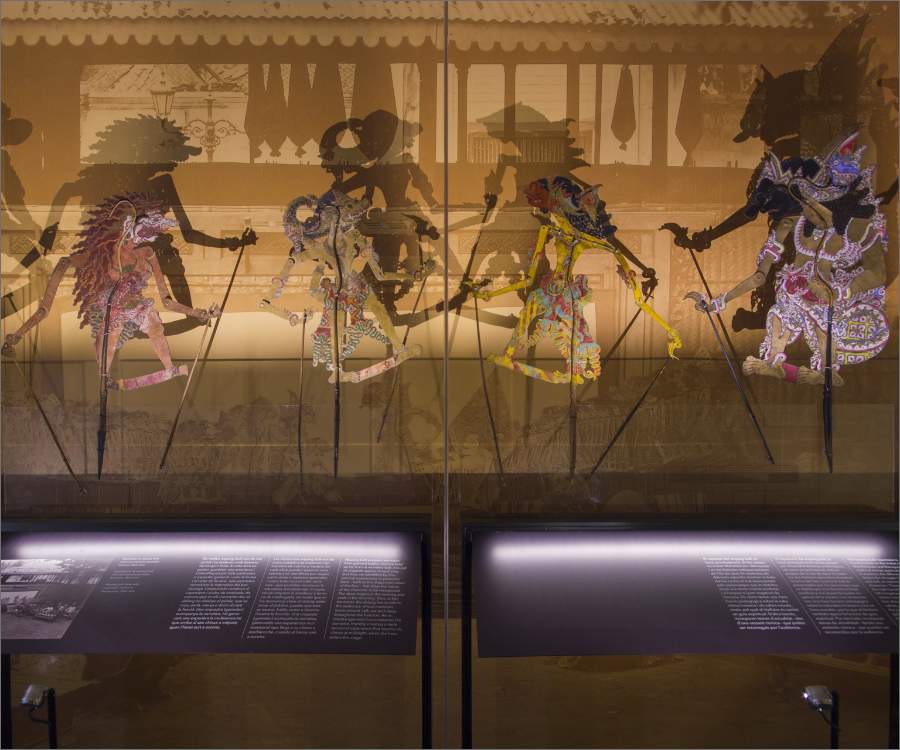 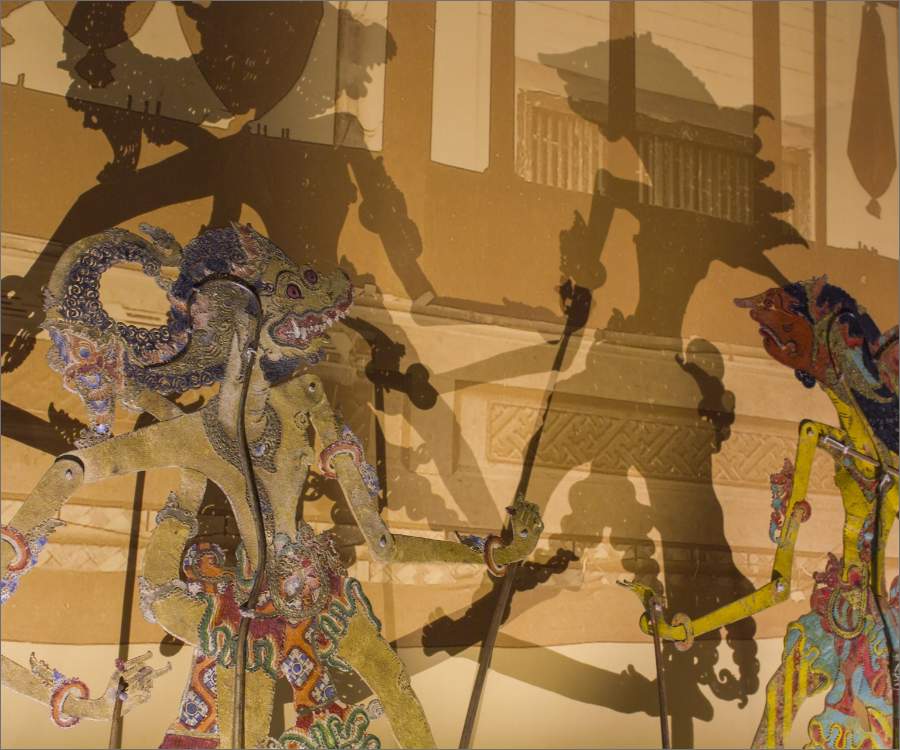