You still have time until 12 June to enjoy the exhibition 'Lines. Australian Aboriginal Painting: Tradition and Contemporaneity'. The exhibition is based around a wide-ranging selection of paintings on eucalyptus bark from the collections conserved in the museum, created in the 1960s and 1970s.

"Lines. Australian Aboriginal Painting: Tradition and Contemporaneity" takes as its starting point a broad selection of paintings on eucalyptus bark created in the 1960s and 1970s that are preserved in the museum's collections.

The exhibition is divided in an introductory space and three sections, and the selected paintings open up contemporary trends and debates. These include the emergence of Australian Aboriginal art on the international art scene, and the interest of contemporary artists of Aboriginal origin, such as Brook Andrew and Judy Watson, in this form of creative expression, as well as in a general critique of Australia's colonial past and of neo-colonial behaviour in general.

This discursive thread connects past and present, tradition and contemporaneity, tracing, visually and conceptually, how the Aboriginal Australian people −who have been living in Australia for some 60,000 years− have, in an exemple of both continuity and change, maintained their own ancestral culture while transforming themselves under the impact of different events.

The tour concludes with a profound reflection on Aboriginal culture in the contemporary works of Andrew and Watson, which suggest alternative narratives and pave the way to a new approach to traditional culture.

Free entry until the 27th of February. 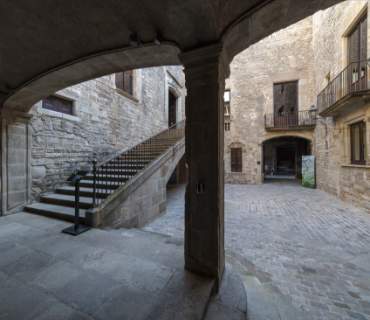