The Door of the Sea and the Dockside Thermal Baths 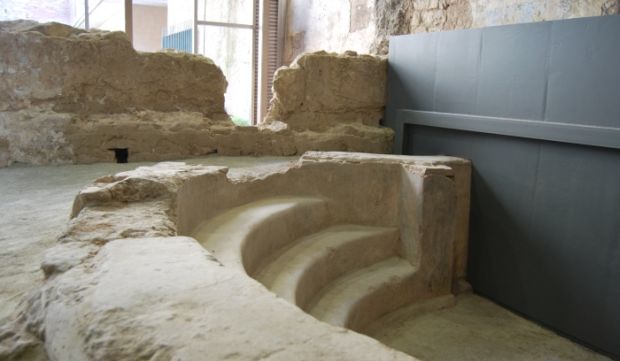 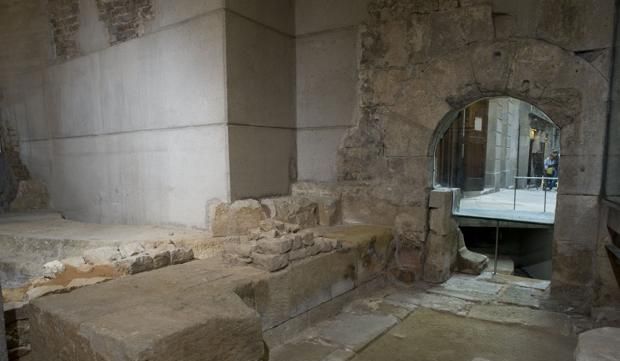 Just outside the city, flanking the entrance gate into the colony on the seafront side, two Roman baths were built for public use between the middle of the 1st century and the beginning of the 2nd century A.D. One of these was no doubt for men and the other for women, in accordance with the system typically used in other parts of the Roman Empire.

Beside these baths there were other constructions which archaeologists have found to be a horreum – a large underground store room for goods from the port’s activities. The great portal that led into this important complex by the city walls also served to monumentalise the entrance of the Door of the Sea, the largest of the city's four gates.

In the 4th century A.D., a new wall with 76 towers was built around Barcino. It was built onto the outside of the original wall, thereby strengthening the defensive compound significantly. This project required great financial outlay, and highlights the trading and economic success that the city was enjoying at that time.

The Eastern porta decumana (Door of the Sea) was the gate through which the merchants and goods entered, arriving from all four corners of the Mediterranean. There was a guard post at the gate where guards collected portoria, taxes levied on the transport of goods and persons by land or sea, and which had to be paid when people passed through certain ports and borders.

Today, one of the side gates for pedestrians and a large stretch of wall can still be seen (in the building known as Pati Llimona). At no. 6, Carrer Regomir, there is a display which provides information on the archaeological remains found there, and explains how this sector evolved in subsequent ages.

The Door of the Sea and the Dockside Thermal Baths

10. The thermal baths and the culture of water

Out of this timetable only for guided tours:
For guided groups for the general public see prices here

Free entrance
Out of this timetable only for guided tours:
For guided groups for the general public see prices here