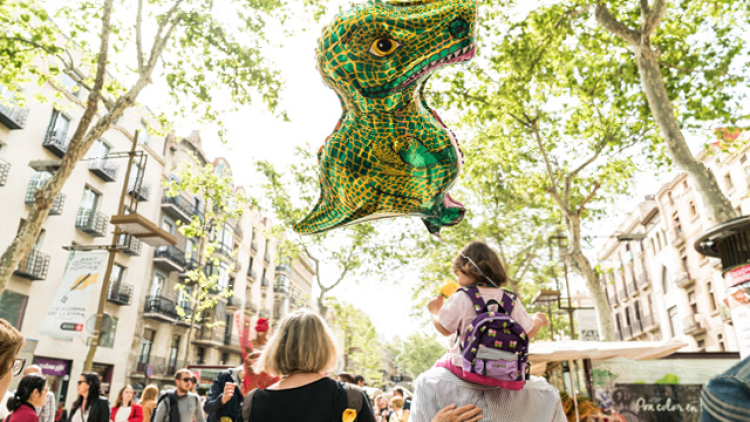 Once upon a time a fearsome dragon was terrifying the inhabitants of a small town in Catalonia called Montblanc. It was wreaking havoc among the town's populace and devouring the animals grazing in the fields.

So, to soothe the dragon's anger, the town's inhabitants decided they would sacrifice someone every day, drawing lots to see who they would offer as a token of their good will.

One day, it was the turn of the king's daughter to be sacrificed. But, just when the dragon was about to gobble her up, a handsome knight appeared and confronted the beast. This was Sant Jordi (St George). He drove his lance into the dragon and a bush of red roses sprang out of the blood that spilled.

His was a bold and selfless gesture that changed the course of the town's history and gave birth to our legend. Ever since it has been the custom in Catalonia to give your loved one a rose. Sant Jordi, the patron saint of Catalonia since the 19th century, became the symbol of Catalan lands through the Renaixença, the Catalan Renaissance, a political and cultural movement to recover the symbols of Catalan identity.