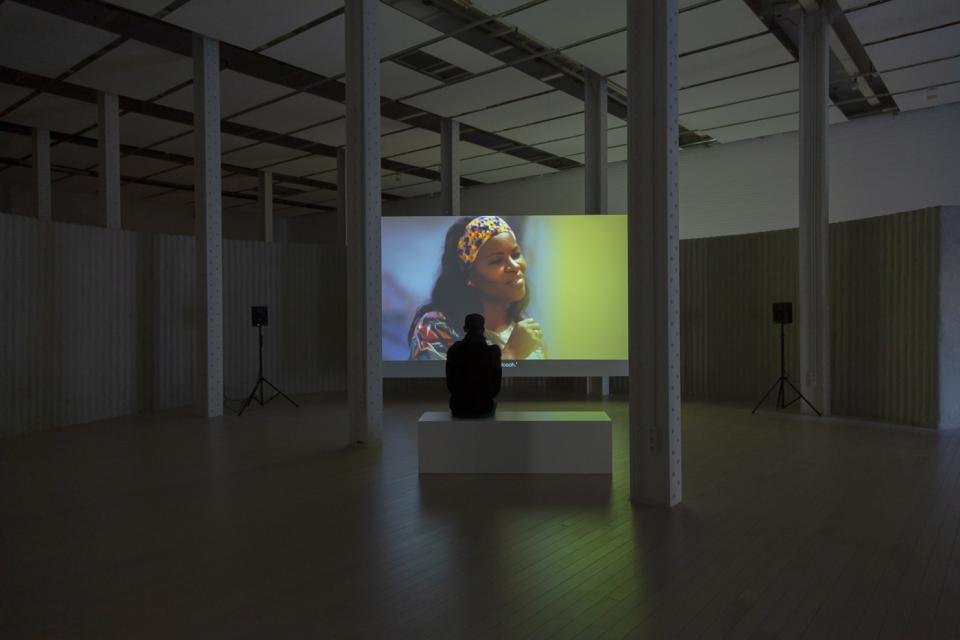 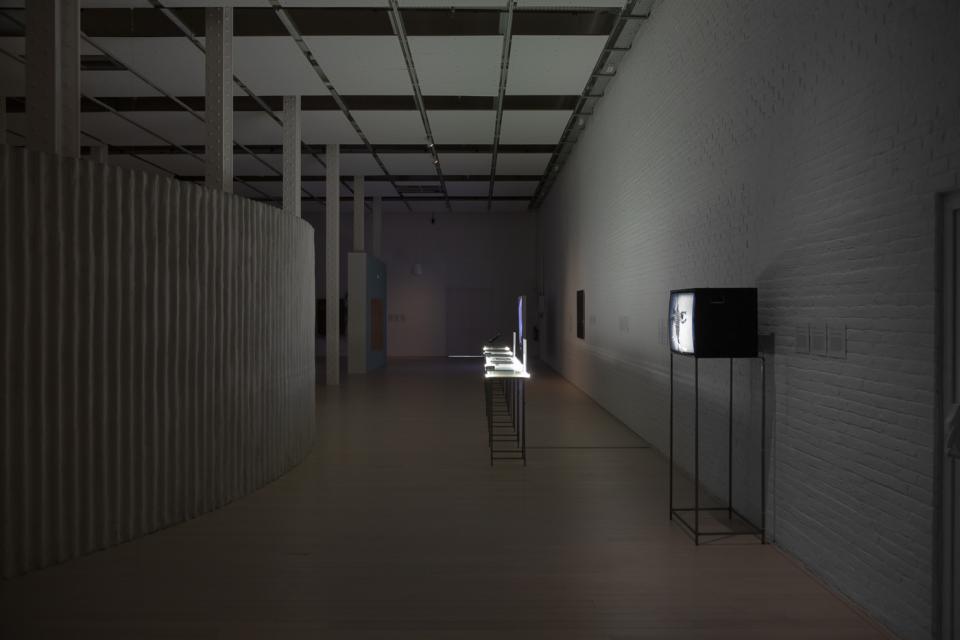 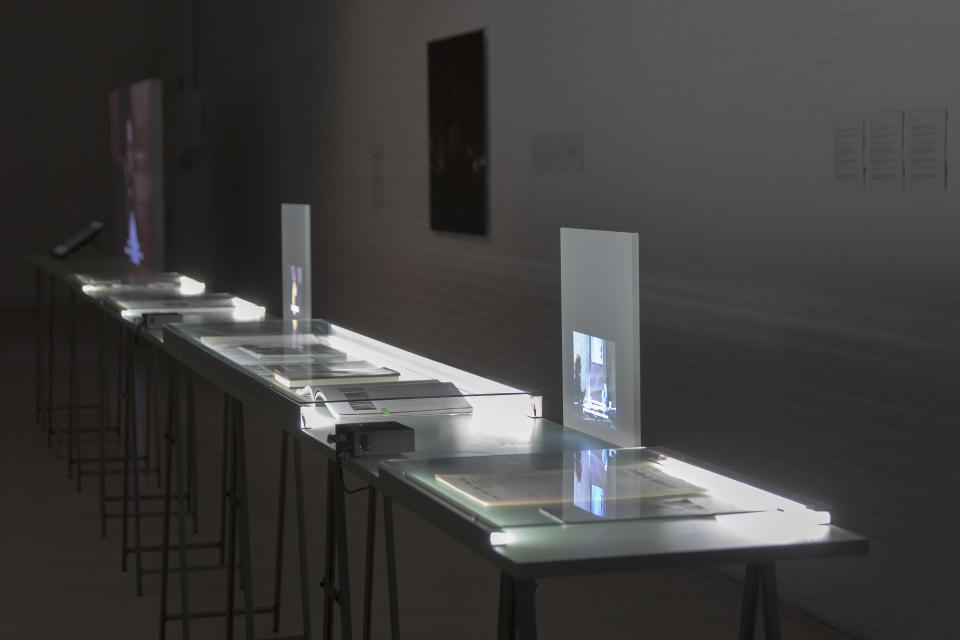 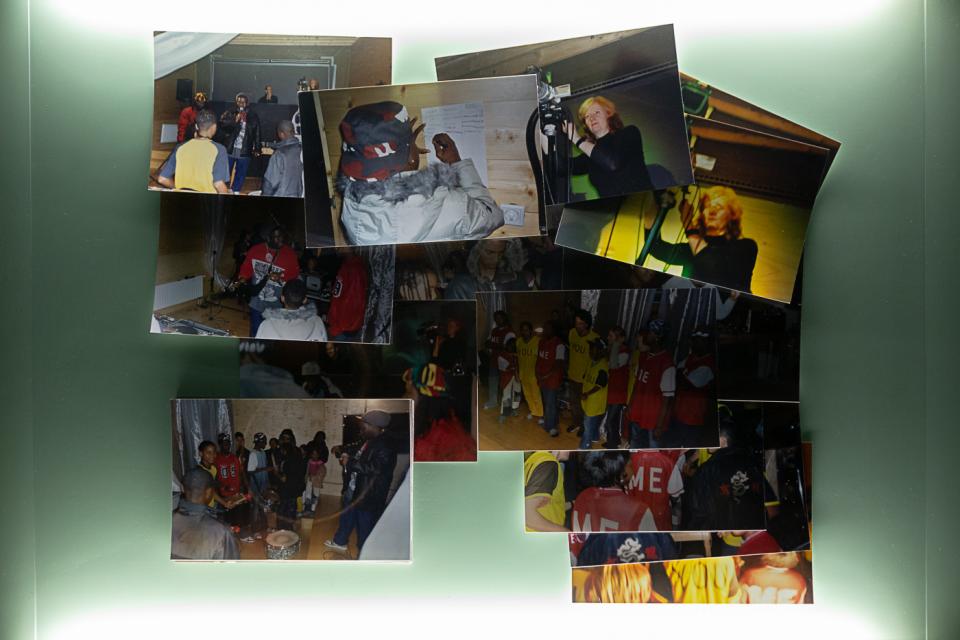 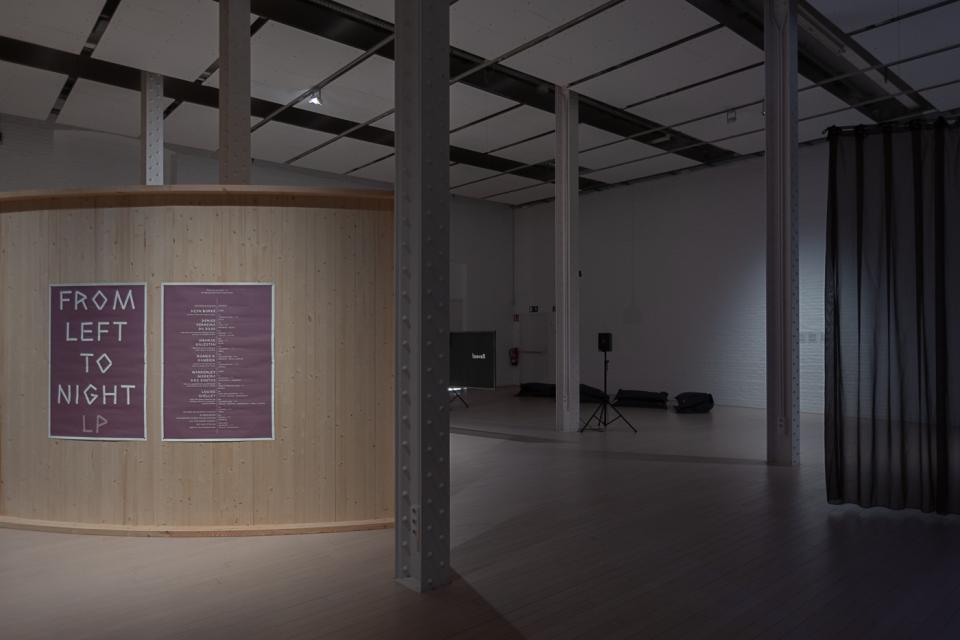 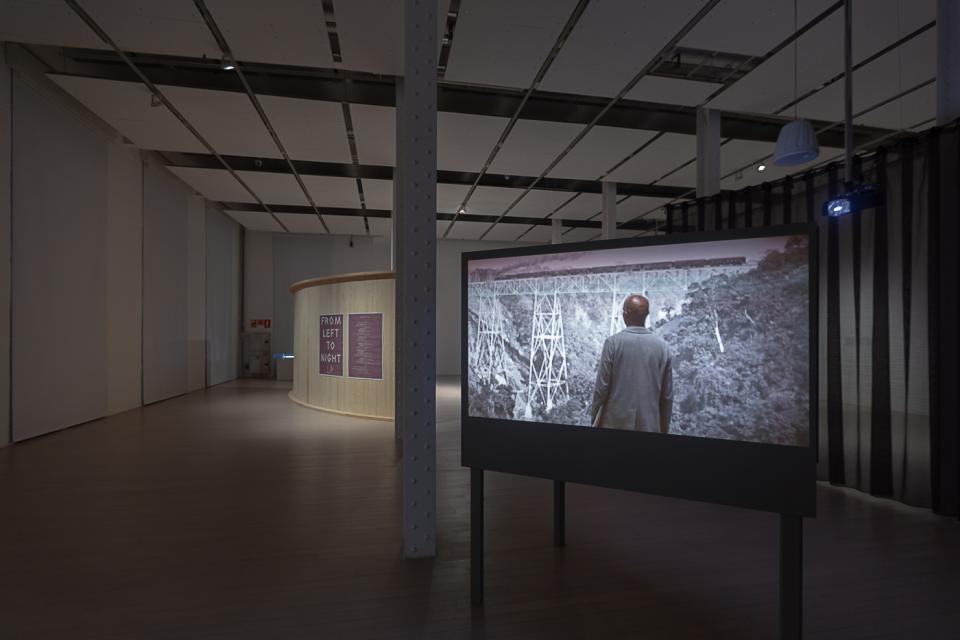 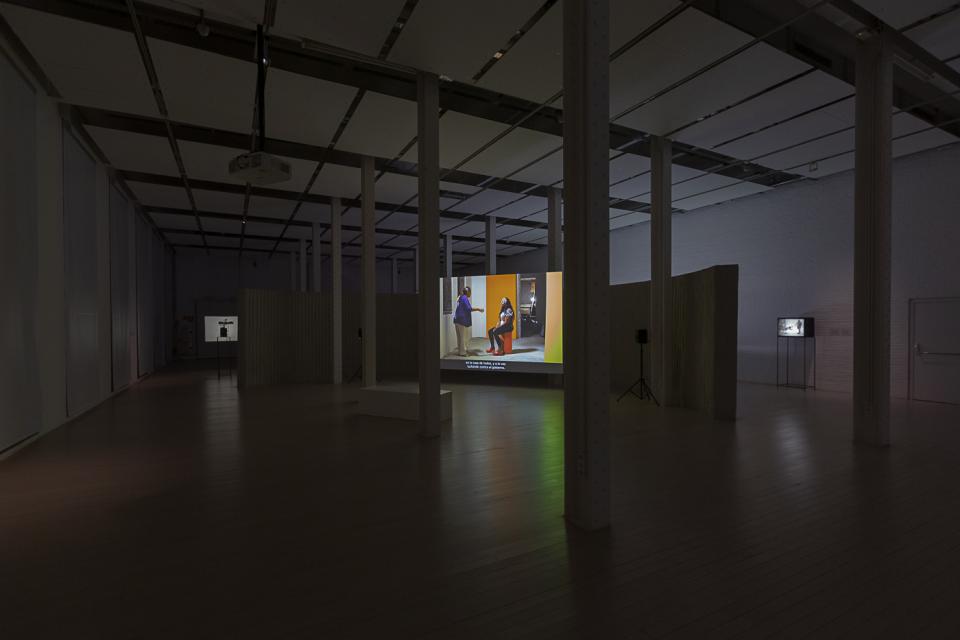 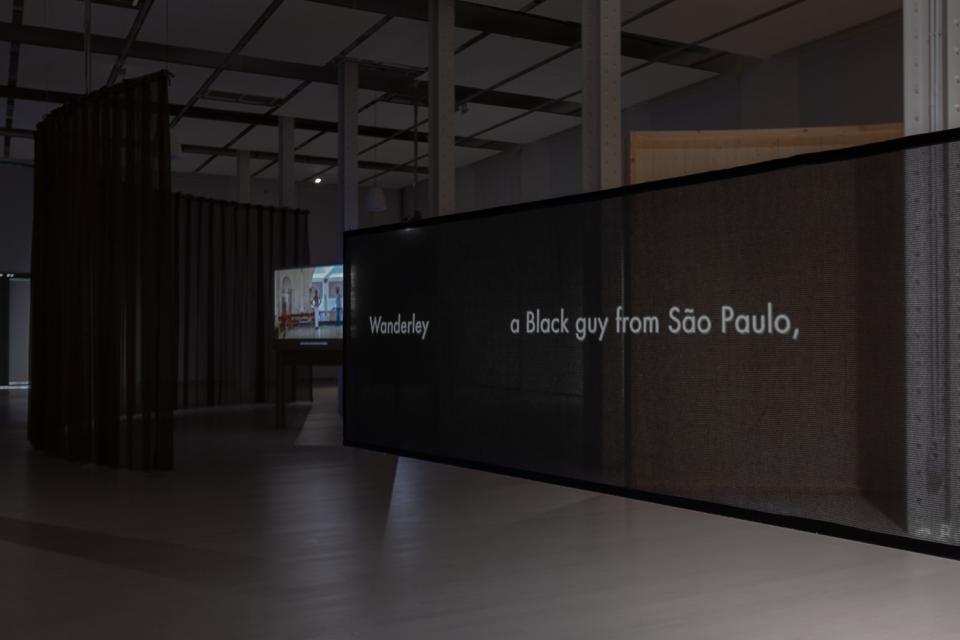 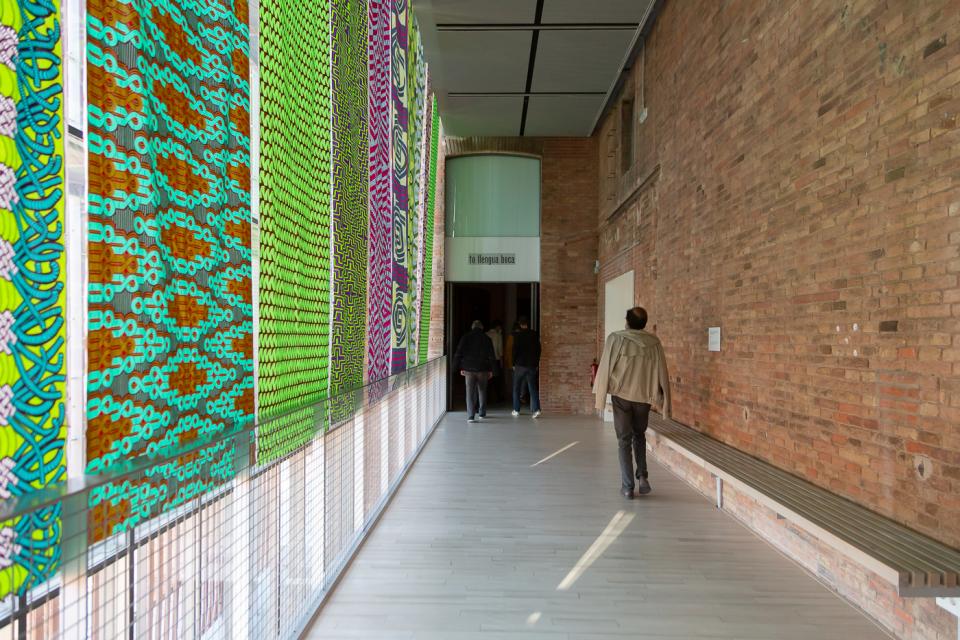 Notice: Due to the current health situation due to COVID-19, the exhibition brochure will be available only online. You can download it here: ​

tone tongue mouth brings together a significant part of the audio-visual productions by Wendelien van Oldenborgh (Rotterdam, Netherlands, 1962) for the first international retrospective of her work. With three juxtaposed words, the title disassembles the elements that combined would configure a voice. The tone, recognisable but without semantic content; the tongue, a visceral organ but also a political-linguistic construct, and the mouth, a place of embodied enunciation.

The exhibition focuses on the use of sound and polyphony that runs through the artist’s practice. Not only as something that she uses to shape her films but also as something that shapes her. It looks at the role assigned to other voices, as much as at an artistic trajectory in which the search for one’s own voice involves letting in those of others. Here, the place from which to speak with legitimacy is found by multiplying the voice, by making it alien, in a sort of intentional self-estrangement.

Van Oldenborgh does not direct films, rather she sees them as a place of hospitality to which she invites and mobilises subjects and narratives for a collective elaboration or revision of meaning. At times, messages and texts from the past cut through bodies in the present giving rise to a sense of estrangement, conflict and violence. At times, the participants literally and metaphorically distance themselves from the script, weighing up their capacity to embody it. The processes of dialogued interpretation are ways to make visible and exorcise colonial, ideological, racial and class discursive legacies that would otherwise inadvertently keep on being reproduced.

tone tongue mouth underscores the efficacy of strategies related to speaking, to the encounter and utterings of voices, to the choral construction of narratives and to the non-naturalisation of the place from which we speak. In the artist’s work, there is an obstinate insistence on letting go. On the one hand, in her films, by refusing to direct the voices and bodies and, on the other, in her own agency, by disposing of the univocal monotone speech as an artistic, ethical and political enunciation.

Free tours of the exhibitions every saturday at 18.00 and sunday at 12:30h. Free pre-registration at centredart@bcn.cat until 14.30 on the Friday before the weekend. Maximum capacity: 10 people (COVID-19 measure). 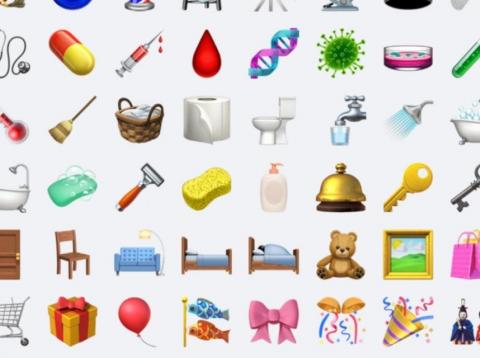 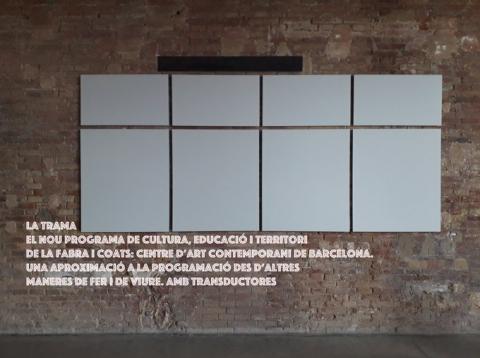 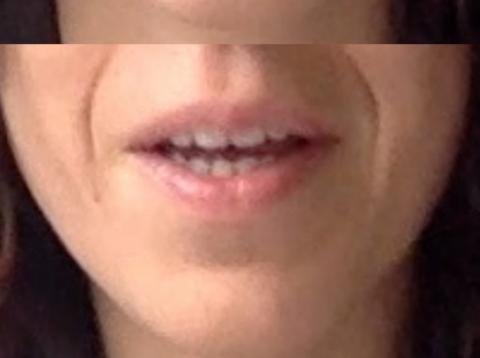