The Barcelona Superblock Plan is transforming the model for public streets to create a network of new spaces where people can walk and spend time in the city of the 21st century. The plan will create a new environmental infrastructure to foster life in city streets, sustainable mobility and local commerce. Work is due to get under way in June 2022. 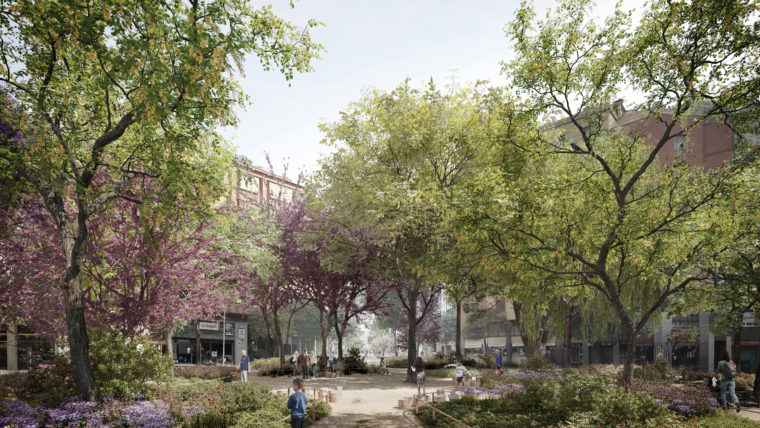 The new Barcelona Superblock model scales up the initiative to transform L’Eixample following the superblock experiences in neighbourhoods such as Sant Antoni, Poblenou and Horta.

This is the district with the fewest public spaces for people to spend time in and with the most pollution, caused by the high volume of private vehicles and the lack of green spaces. The final projects to bring about this profound change in the spatial layout of public spaces in L’Eixample correspond to four large squares and four green streets.

An innovative street model for the 21st century

As a result of collaborative design by the four winning teams from the public tender process and the Barcelona Superblock Technical Office, a new street model has been conceived as the basis for green streets to be created. The model includes common criteria on uses, mobility, accessibility, paving, furniture and lighting. The new model will be used for all transformation projects in the city, starting with the four in the streets of Rocafort, Comte Borrell, Girona and Consell de Cent.

With a new environmental infrastructure, the street is designed to foster everyday life in public space and stimulate local commerce, reducing noise and pollution at the same time.

In addition, 31 smaller squares are to be created at junctions with intersecting streets, offering space for people to spend time in and children’s play areas.

The project will capitalise on the characteristic chamfered junctions between Carrer del Consell de Cent and the streets of Rocafort, Comte Borrell, Enric Granados and Girona. Each square will have 2,000 square metres of space and a unique design, conceived by each of the winning teams, but essentially there are two models for squares: those at C/ Comte Borrell and C/ Girona will be civic spaces where community activities can take place, while those at C/ Rocafort and C/ Enric Granados will feature gardens and meeting areas.

The eight final projects which get the major transformation of L’Eixample under way have a budget of 52.3 million euros.

A plan to tackle the challenges of the future

The four streets and squares at the first step in a major transformation to L’Eixample. The plan should see 21 green streets and 21 large squares created by 2030.

This is one of the main steps in the Barcelona Superblock Plan, which turns the concept of public space on its head and breaks away from the model adopted in recent decades. It also maintains the spirit of Cerdà’s street plan, with values linked to health and the democratisation of public space, adapting it to the needs of today and tomorrow.

The goal of the Barcelona Superblock Plan is to achieve a fairer, healthier, more diverse and inclusive city, with four main challenges: 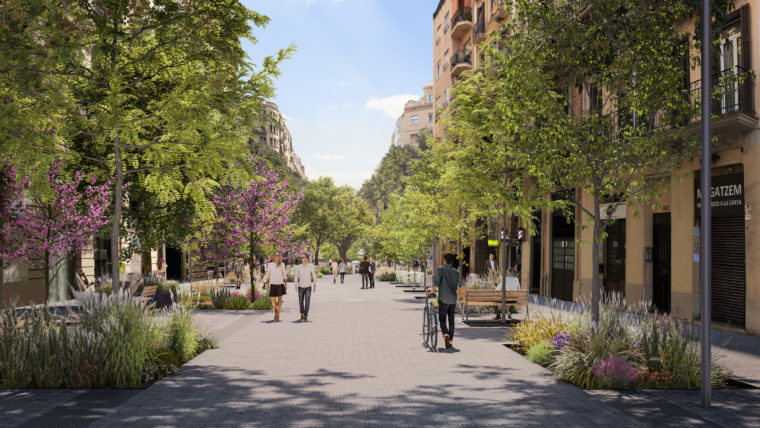 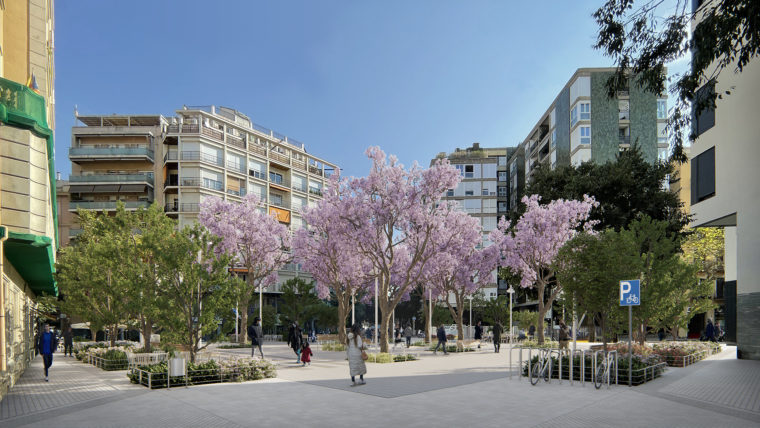 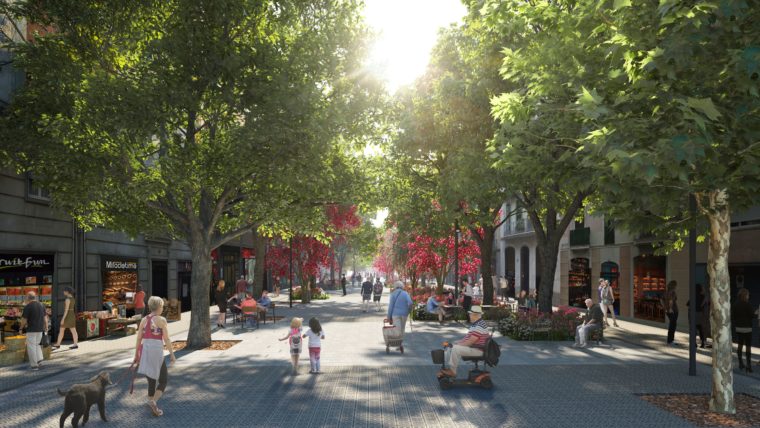 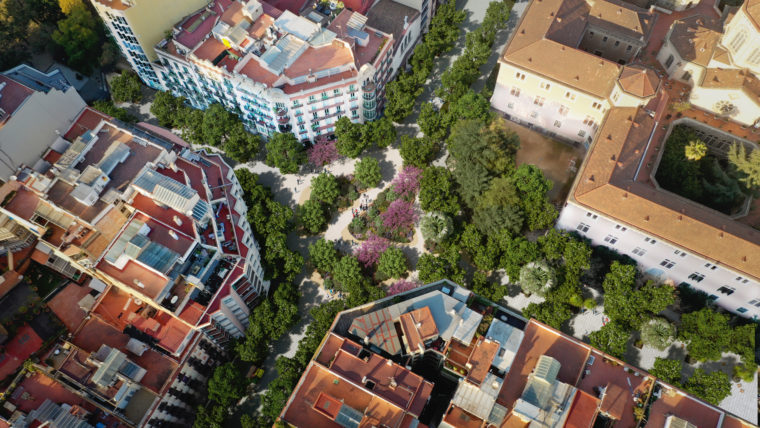 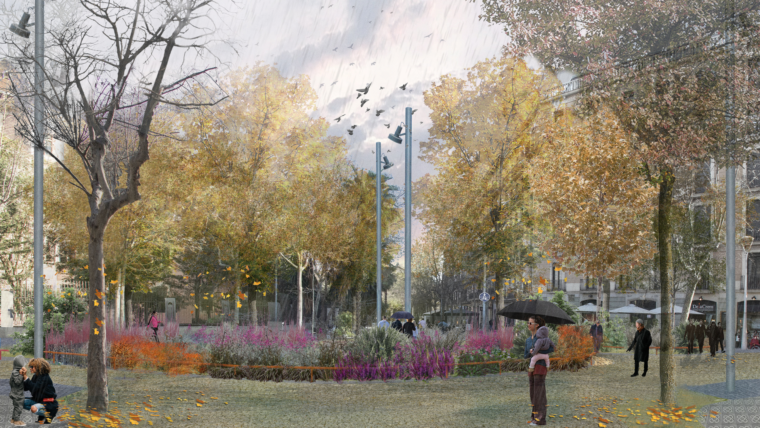 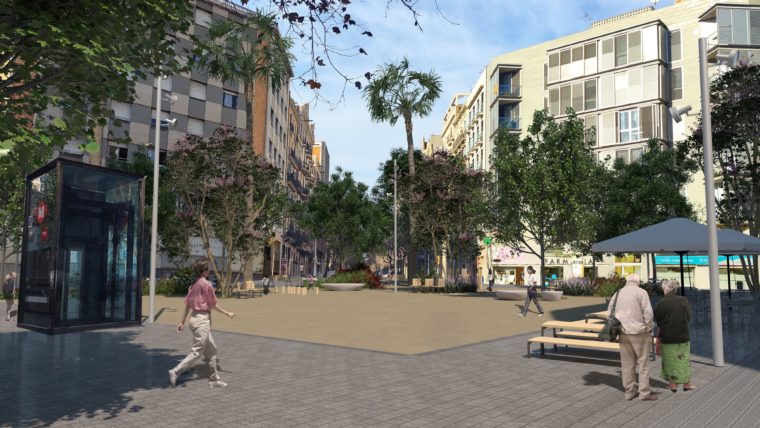 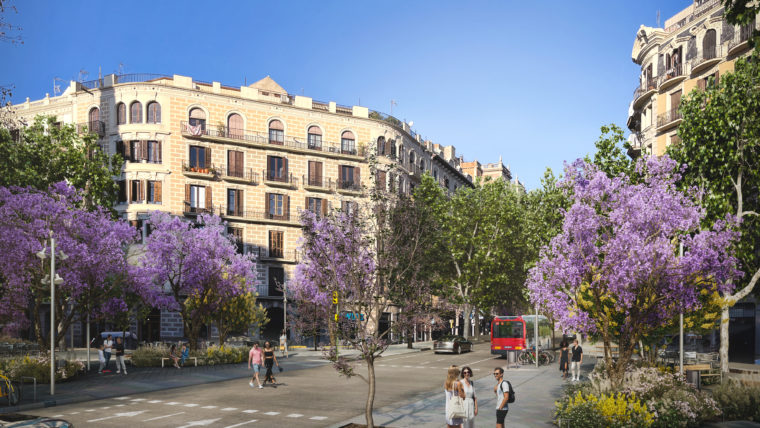 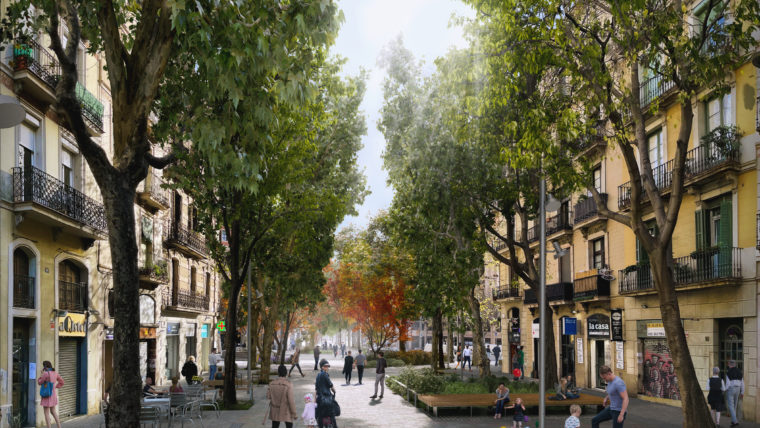