This new system does away with the handling of cash, creates a faster, more streamlined service with shorter stopping times at stops and makes it easier for people who are not regular bus users to access bus services. The plan is to progressively install the system, which also works with mobile devices and smart phones, on the entire fleet of buses over the coming months. It is expected that the system will be installed on all vehicles in TMB's regular fleet (more than 1,000 vehicles) by November this year.

The project, which is initially being launched on two lines and will progressively be extended to the entire network over the coming months, is promoted by TMB and the Autoritat del Transport Metropolità (ATM), within the framework of the digitisation of public transport, and is another step forward in the T-mobility project.

This is an easy and practical alternative to cash payments on bus services. The system accepts payments made using all major debit and credit cards and payment-enabled mobile devices, such as mobile phones and smart watches.

So, when you board the bus, you simply hold the card or device up to the reader – situated next to the driver’s cabin – which captures the data and manages the purchase of the single-journey ticket via the payment gateway.

The electronic transaction also serves as proof of having a valid ticket in the event of a ticket inspection, as the inspection terminal is able to access it, so there is no need to get a physical ticket.

Easier to make sporadic use of bus services

Bank card payments mean easier access for people who are not regular bus users and who tend to board without an integrated ticket.

So, anyone can travel using their own credit or debit card, issued by any bank in the world, without the need for any prior administrative procedures.

This new system does away with the handling of cash and creates a faster, more streamlined service with shorter stopping times at stops.

Service launched on lines V3 and 46

The launch of the system on lines V3 and 46 (around 30 vehicles and 20,000 passengers per day between the two services before the crisis) will serve as an opportunity to make corrections and improvements.

Following this, over the next six months, the validation devices with bank card readers will be installed on all other bus services and the plan is to have them installed on the entire TMB fleet (more than 1,000 vehicles) by November this year.

Remember that the manual sale of tickets on board buses stopped as part of the covid-19 prevention measures in the spring of 2020. Since June last year it has been possible to buy electronic versions of single tickets using a mobile phone, via the TMB App, with validation using the QR codes located on the buses. 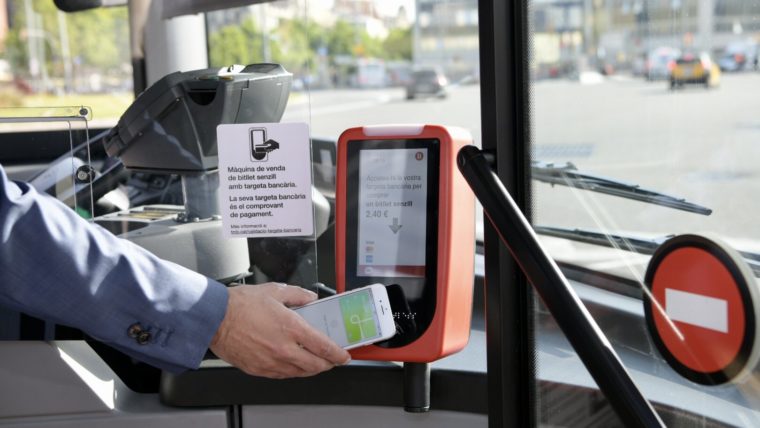 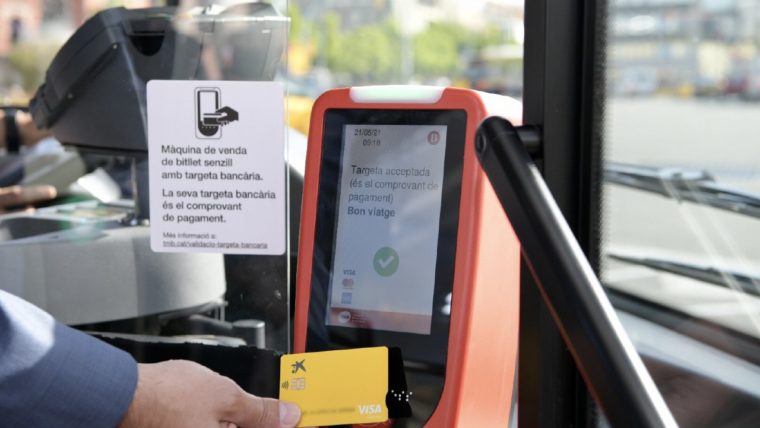