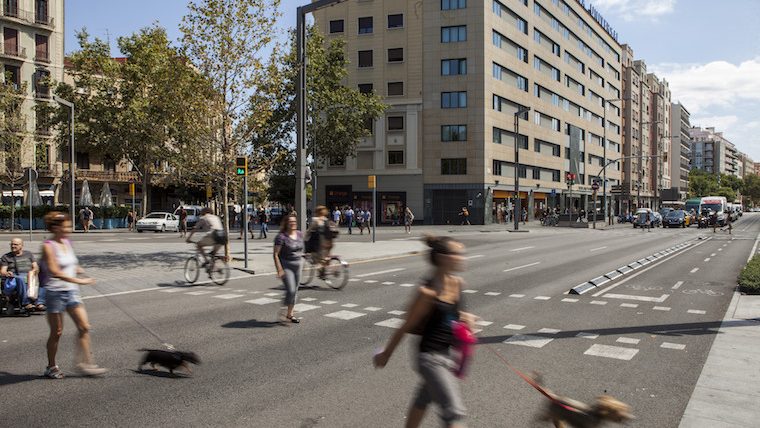 Lack of affordable housing is a problem common to many cities around the world. Local administrations faced with this problem are searching for different solutions to facilitate access to housing for citizens.

The City Council is studying affordable housing strategies applied in cities such as New York, for example, to assess measures that can be applied to Barcelona.

Barcelona Council has entered into collaboration with the North-American City to share information on housing initiatives and programs together with a technical exchange between Councils. This agreement was reached during the visit of Barcelona’s First Deputy Mayor Gerardo Pisarello to New York  in March 2017.

One of the policies studied by the City Council is the current private rent control system in New York, a measure strongly committed to by its Council known as Rent Stabilization.

This program ensures public control over rental prices in order to facilitate access to housing for citizens with medium to low incomes. Currently around 45% of New York’s rental stock are protected by rent stabilization. This makes up 30% of the total housing in the city.

The program’s goal is to provide housing at a lower price than the current market. In order to promote private housing adhering to this system grants, fiscal incentives and special building permits are issued to owners and promoters.

The rental prices included in the rent stabilization program may only increase between 1,25% and 2% annually depending on the contract’s duration. The increase may be higher on the condition that the owner makes significant improvement works.

In any case, when monthly rent surpasses the established limit of 2.225 euros per month, the rented homes become excluded from the program and the owners cease to earn the incentives and grants mentioned.

In addition to this voluntary system we must remember that rental prices of all rental contracts have been regulated since before 1971.

On the other hand the North American council has collaborated with different private operators (cooperatives, foundations and non-profit organizations) to promote the construction of affordable housing.

Barcelona City Council is studying the functioning of this model in order to apply the conclusions to Metròpolis Habitatge, the new public-private entity fostered by the Council and Barcelona Metropolitan Area to build affordable rental housing.

Metròpolis Habitatge will launch the building of 4.500 affordable rental flats in Barcelona’s metropolitan area during a period of 8 to 10 years. They will be destined to public housing and will have prices under the current market price, from 400 to 600 euros.

With this measure Barcelona City Council hopes to increase affordable housing stock significantly, as it currently represents just 1,7% of the total housing stock. New York on the other hand, in addition to the housing included in the Rent Stabilization program, has a public rental stock of 180.000 flats, around 5% of the total.

The North-American city has shown an interest in the cohousing projects launched by the Barcelona Council. This model consists in the assignment of unused properties or plots by the Council to a neighbourhood cooperative for construction.

Members deposit a down payment and pay a monthly fee that is below the current market price for use of the housing. They may make use of the housing for life, although they’ll never be owners as the property belongs to the cooperative.

This method is widely used in several countries in the North of Europe and with its use promotes a new model of communal housing, free of real-estate speculation and that maintains plots in public property.

Currently in Barcelona there are nine cohousing projects projected or in construction fostered by the Council.

The Barcelona Councillor of Housing and Renovation, Josep Maria Montaner, has recently participated in a series of debates about new models of affordable housing in New York to share the City’s experience of the cohabitation model. 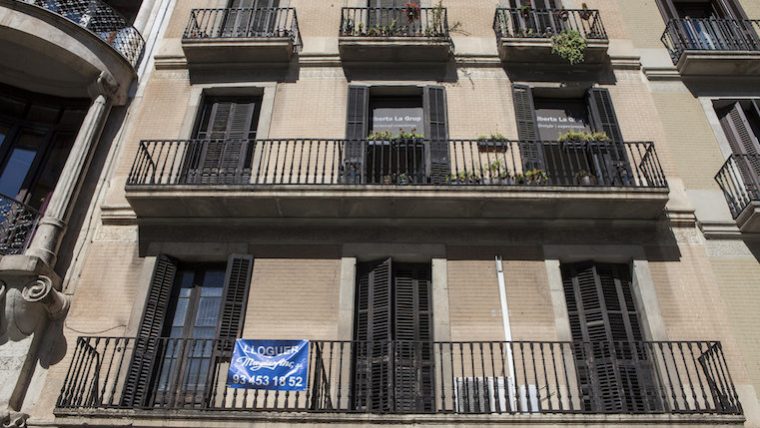