Projects in the city which stand out for promoting coexistence, equality and inclusion, and combatting forms of racism and hate speech endured by migrants and refugees, can be presented for the award. The deadline for entries in 22 October. 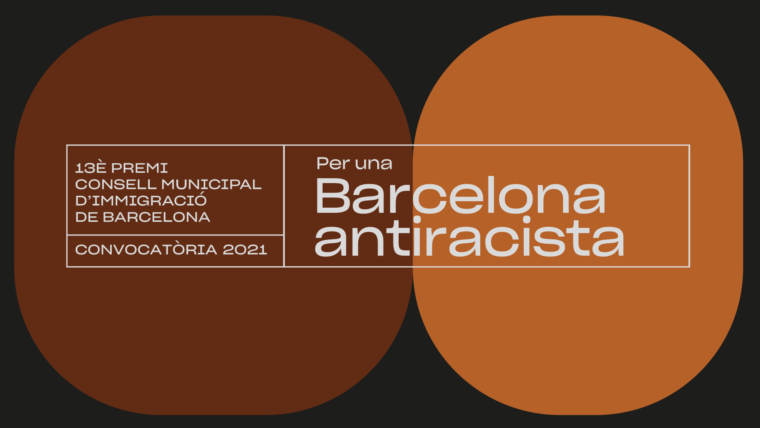 The Barcelona Municipal Immigration Council (CMIB) has announced the 13th edition of its award to recognise work carried out in the city to achieve genuine and full citizenship for migrant and refugees and favouring diversity, coexistence and social cohesion.

The CMIB award highlights work and projects with a special interest in the specific sphere of each annual call. This year’s agreed topic is the same as last year’s, ‘For an anti-racist Barcelona’, giving continuity to one of the most firmly rooted areas of action for the CMIB and which forms part of its mission. Given the current political context and the rise of the far right on a national and international scale, the goal of the award is also to recognise initiatives which promote inclusion and equality, and those which combat the racism and hate speech endured by migrants and refugees or which have an underlying presence in all walks of life.

The presentation period for the award, worth 7,000 euros, is open until 22 October 2021. The call is open to legal persons, groups, associations and other non-profit organisations based in Barcelona, as well as organisations or groups with delegates, as long as they are active in the city.

The CMIB is an advisory and participatory body with Barcelona City Council, made up of fifty organisations. The council will announce the winner in the award-giving ceremony in December, within the context of International Migrants Day.

You can find the award criteria and full details on the call in the information leaflet and the document with rules and regulations.