The Roman fortification, built from the 1st century BC and the 4th century AD, is still visible at the most surprising sites. Buildings like a ramblers club, a shop, a café and a civic centre all contain remains from the Roman colony of Bàrcino.

Ancient Bàrcino is still visible, not only in the city streets, but also in the interior of certain buildings. A short tour around the Ciutat Vella neighbourhood becomes a journey in time, taking us back 2,000 years, when Barcelona was a tiny Roman colony, defended by walls that survived the passing of the centuries.

In Carrer d’Avinyó, the Ethnography and Folklore Ramblers Association (AEEF) is the only place in the city where it is possible to enter the wall, between the fortifications built around Bàrcino in the mid-1st century BC and the stronger, defensive bastions constructed in the 4th century AD. During the Middle Ages, it was common practice to make openings in the walls and remove the rubble that filled the space between the two fortifications in order to extend homes.

This is illustrated by the fact that, going through the AEEF premises, visitors can enter towers 52 and 53 of the defensive fortifications, and sit down there, as the space is furnished with tables, chairs and a fireplace. A club member, Alfred Lloré, suspecting that he would find the old wall, began to excavate in 1957. Work was completed in 1987, and the site is now open to the public, by advance reservation, on weekdays (except Thursdays) from 7 to 9 pm.

A poster in a clothes shop in Carrer del Call invites us to see the Roman wall. Inside, between the fitting rooms and the clothes-racks, is a majestic stretch of tower. It is even possible to make out a section from a column, proving that remains from other buildings were also used in the construction of the wall. A little further on, in Carrer dels Banys Nous, the dining room in the Modernista cafeteria La Granja also contains a wall from this period.

The Mercer Hotel Barcelona, in Carrer dels Lledó, enables guests to hold meetings in a Roman tower, number 28. The tower, well-conserved, is often used as a dining-room. The hotel restaurant and bar area are also flanked by walls dating back to the 4th century AD, whilst the library stands on the old sentry path that ran between all the towers. In fact, the gate to Tower 29 is also clearly visible.

Finally, Pati Llimon Civic Centre, in Carrer del Regomir, houses the most magnificent remains. When the centre was altered, the public baths of  Bàrcino were unearthed here. Sailors and travellers could bath here before entering the city through the sea gate, or Porta de Mar, which can also be seen in the centre’s exhibition room, known as the Sala de les Ruïnes. This pedestrian side gate has now been restored to its original appearance. Other remains have been altered over the centuries, such as the adjoining stretch of wall, in which a fireplace is clearly visible. The site, which is managed by the Museum of the History of Barcelona can be visited in the company of volunteers, who also provide historical background information. 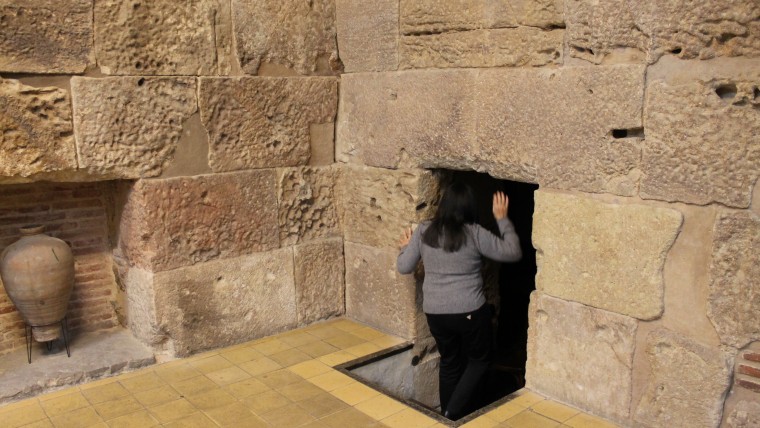 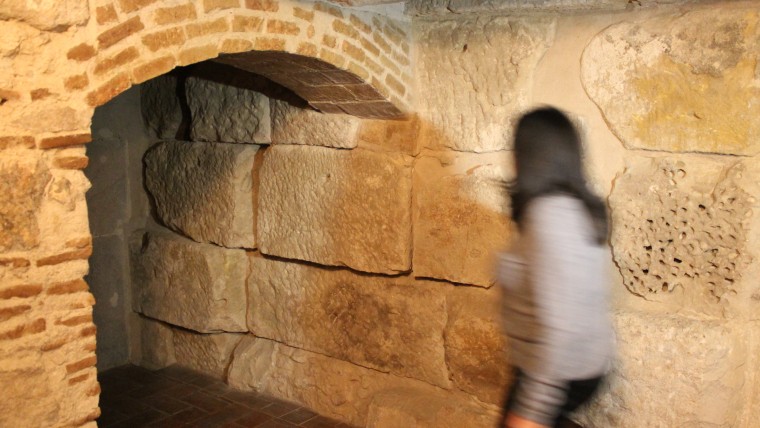 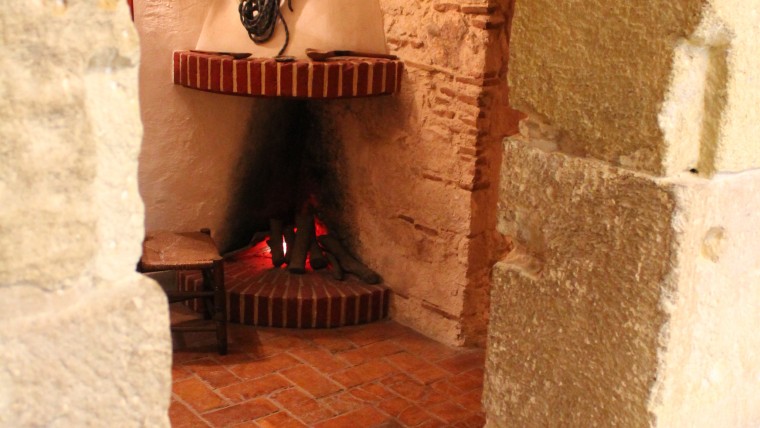 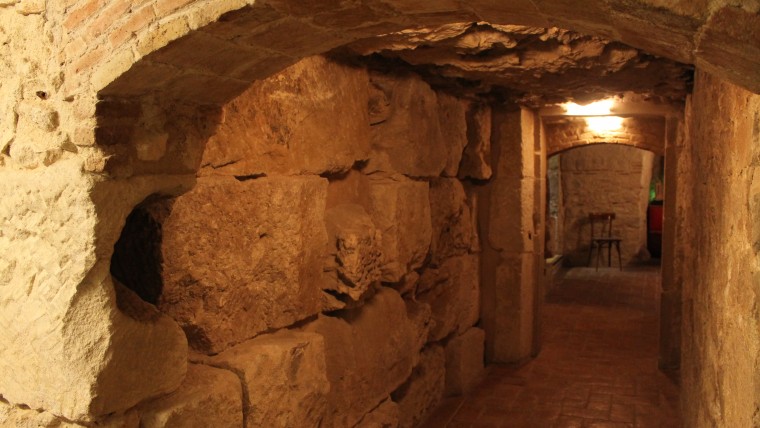 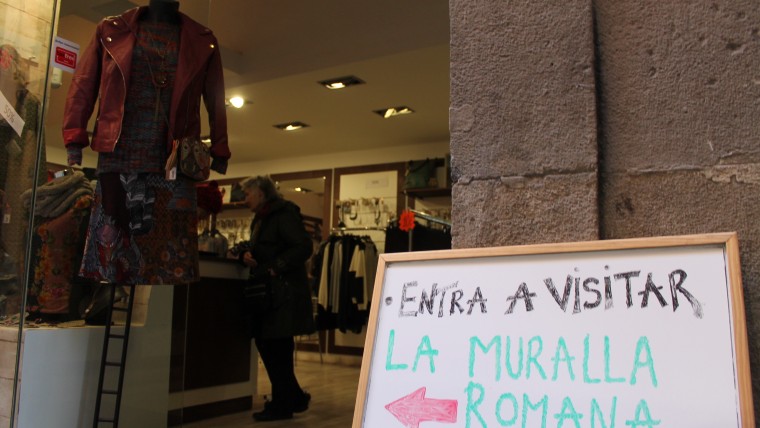 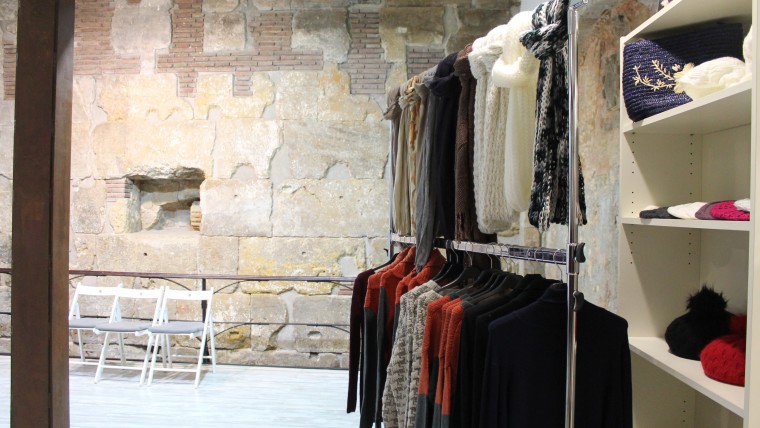 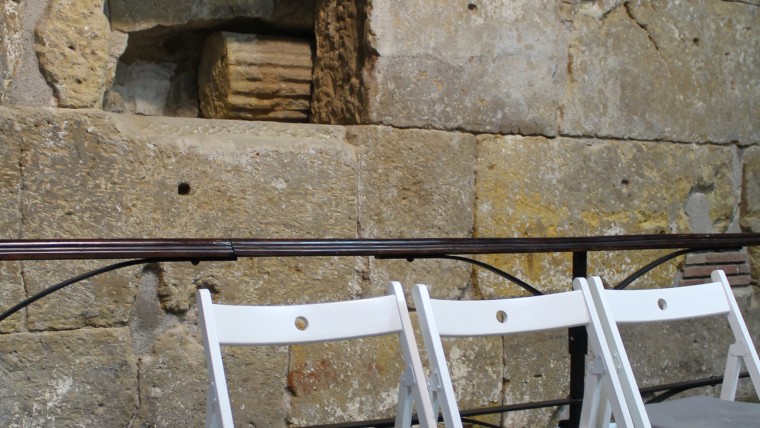 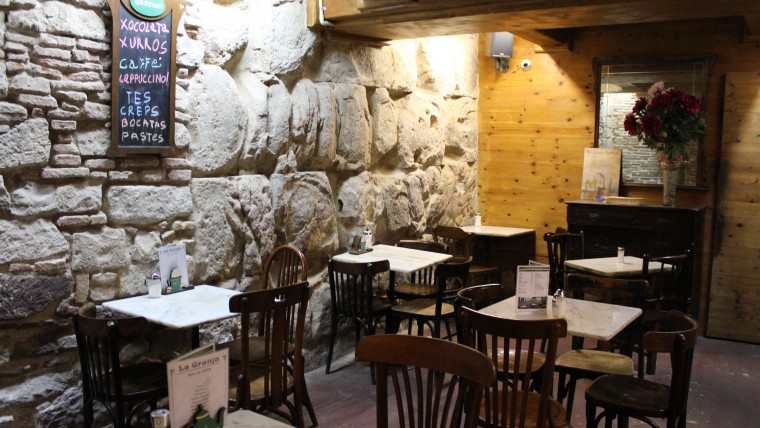 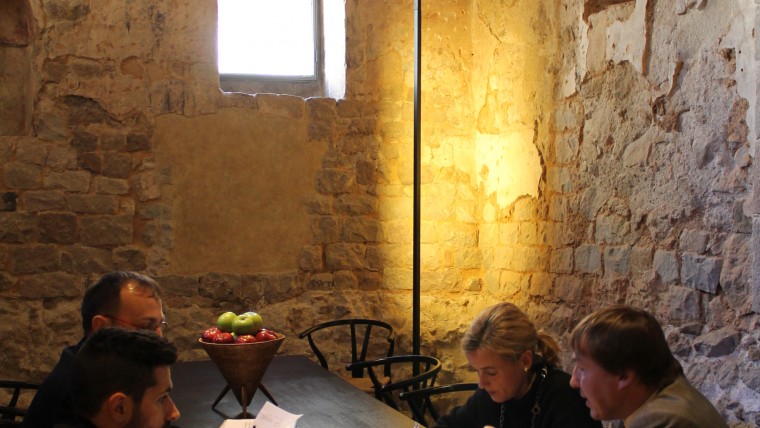 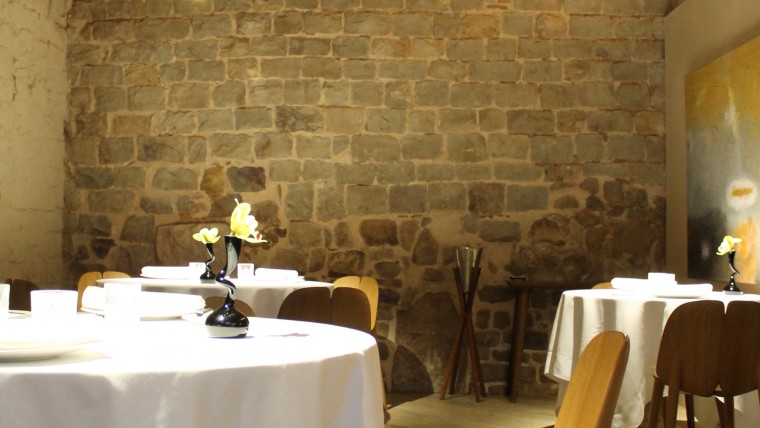 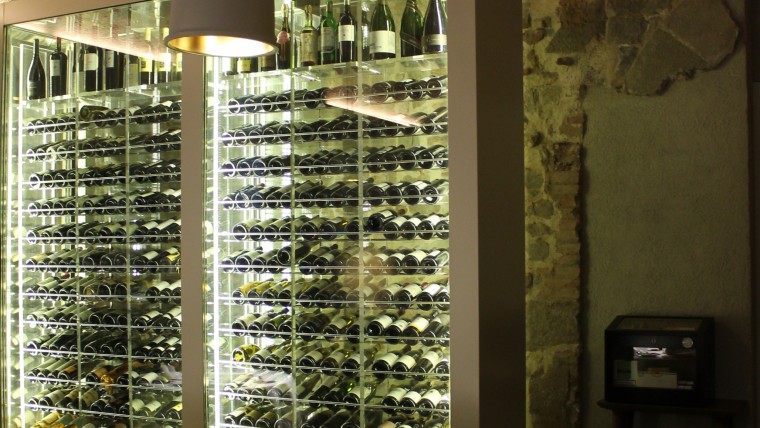 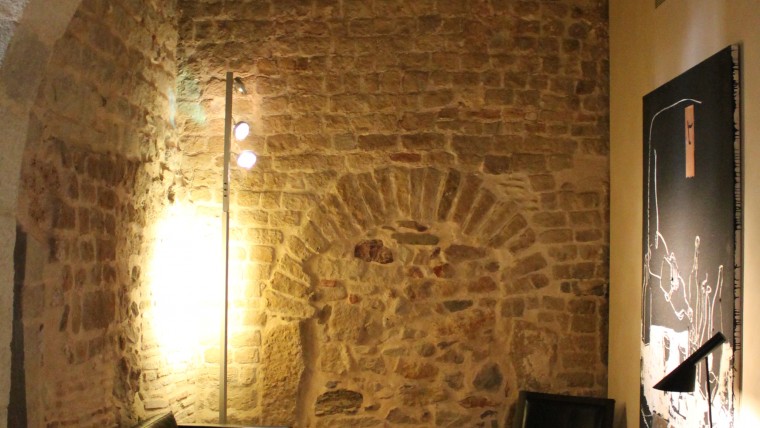 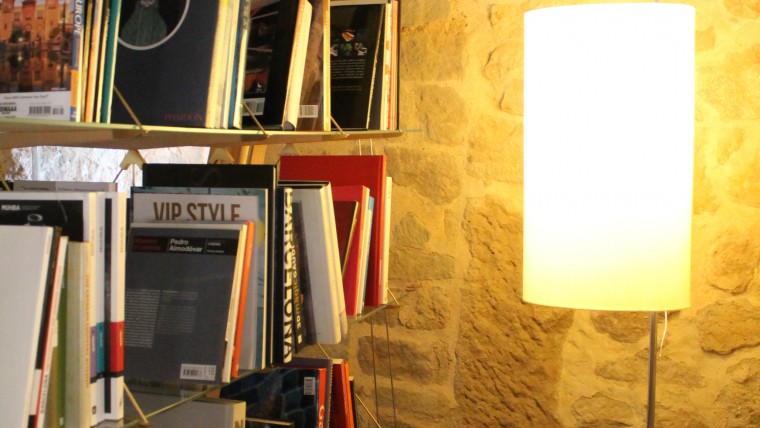 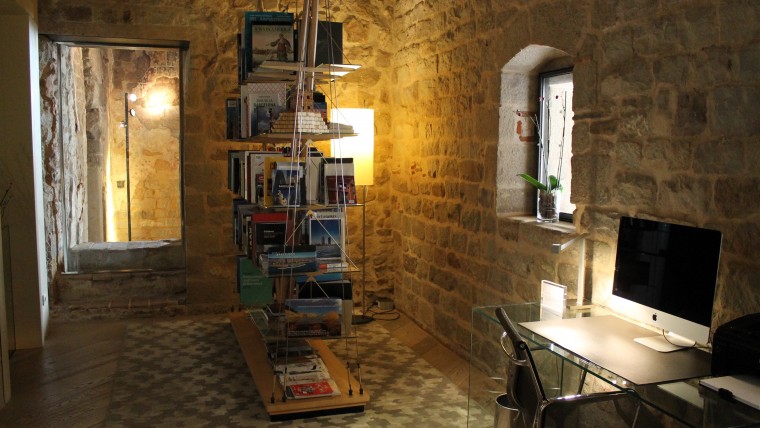 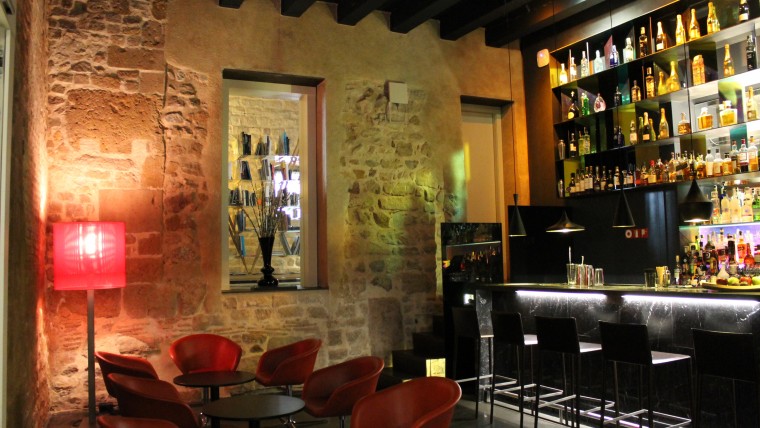 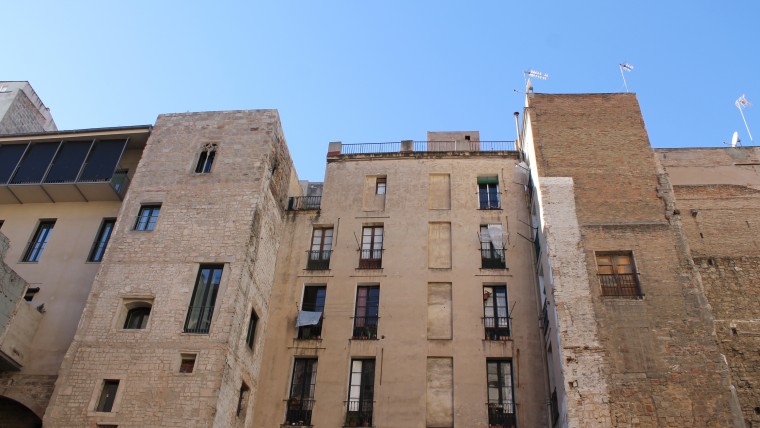 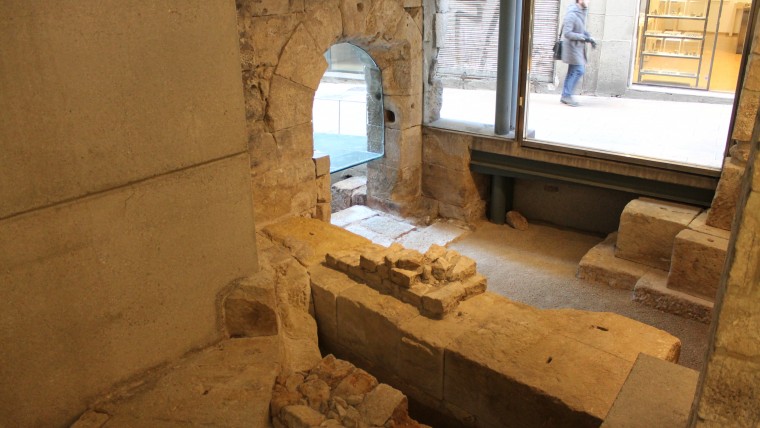 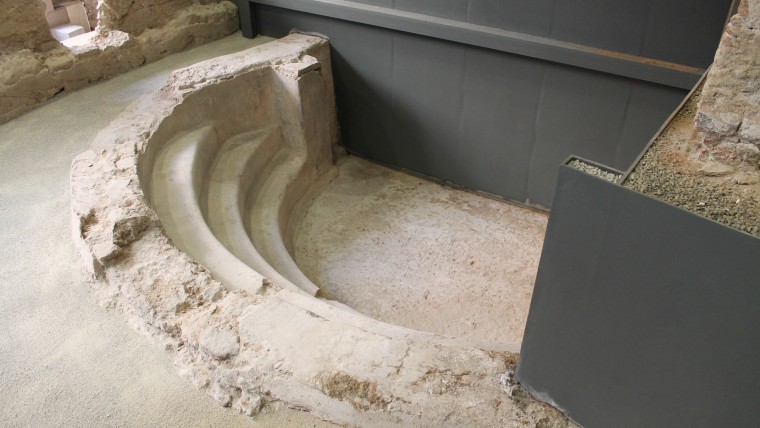 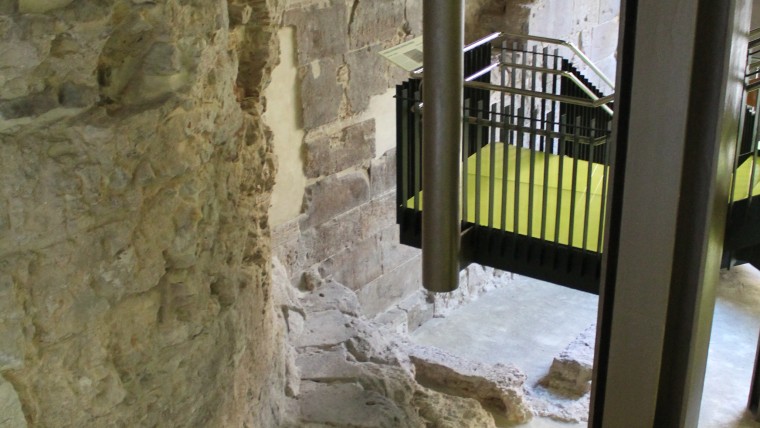 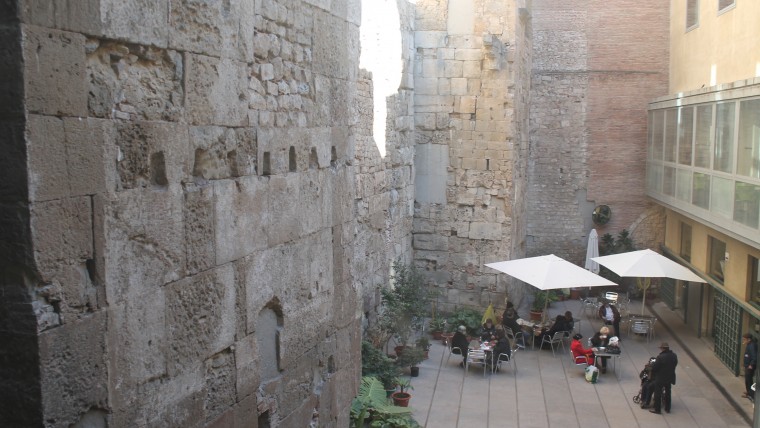 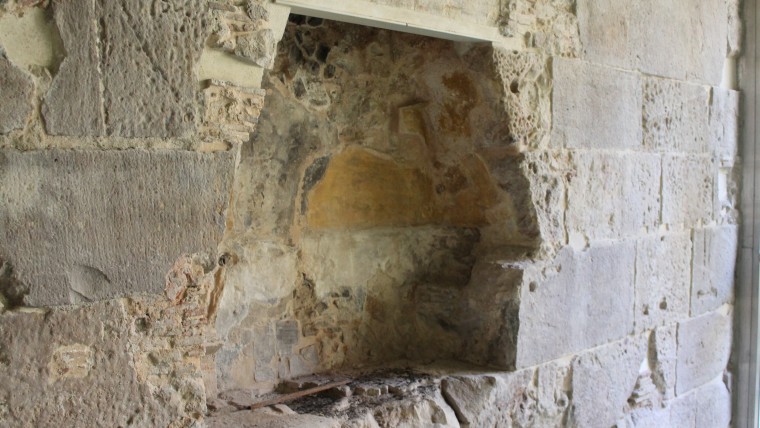 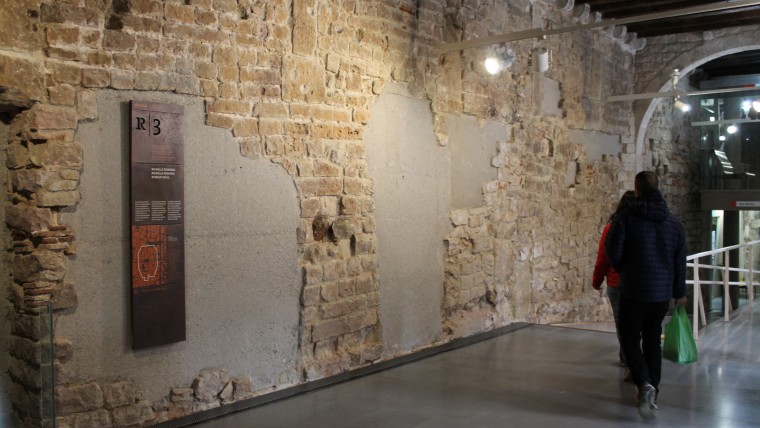