More solar energy for a sustainable and self-sufficient city

Expanding the photovoltaic installations with a further 70 new projects on roofs, party walls, facades and pergolas will help to double municipal-energy generation, not just for facility- and public-service consumption but also for feeding Barcelona’s energy grid. The new initiatives are promoting self-consumption and shared self-production. 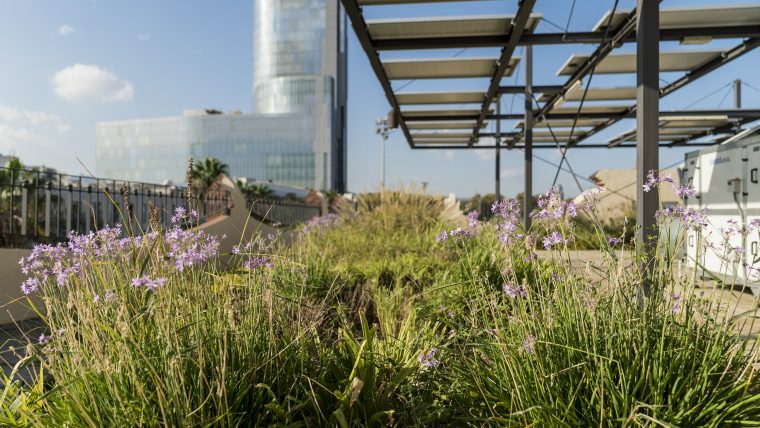 The Programme for Promoting Solar-Energy Generation includes 73 projects for putting up solar-energy generation installations all around the city and thereby fostering self-consumption, self-production and the generation of renewable and local energy. These initiatives are joining up with the 87 solar-energy installations already distributed around the city, in particular on roof terraces and in public spaces.

The growth of the solar-energy generation grid in Barcelona will represent a significant increase in photovoltaic power, from 1.8 MWp to 3.6 MWp during the 2015-2019 period. The municipal government, what is more, has been making various tools available to city residents, to encourage them to put up and maintain solar-energy installations, such as resource maps and technical and management criteria for maximising the implementation of new initiatives. The public can also consult the municipal energy-generation map, which shows the locations of all the city’s photovoltaic installations.

Energy consumption in public facilities accounts for 50% of municipal expenditure. That is why promoting energy-saving and efficiency measures is vital for improving the independence and sustainability of these buildings. It is here that the 60 solar-energy installations already in operation in municipal facilities will be joined by 29 photovoltaic projects and a further 30 initiatives under way.

Expanding solar-energy generating roofs and terraces helps to raise the visibility of these installations as energy alternatives that are not just feasible and efficient, but also prove to be more sustainable and environmentally friendly.

The 10 façades and party walls that are currently operating as solar-energy generators in the city will be joined by a further 5 surfaces, two during 2019 and the other three during the next municipal term of office. These types of solar installations help to dignify spaces through local-resident involvement and to integrate renewable energies in public spaces. The energy obtained is allocated to supply the buildings themselves and, in some cases, to feed nearby public facilities or installations such as lighting and irrigation systems.

Installations of photovoltaic pergolas and renovation of existing pergolas in solar-energy installations are an example of public-space optimisation, with energy solutions for promoting self-consumption and generating areas shaded from the heat. Of the nine new projects, five are at the implementation stage and four in their invitation-to-tender process, and these will join the 17 energy-generating pergolas already distributed around the city. 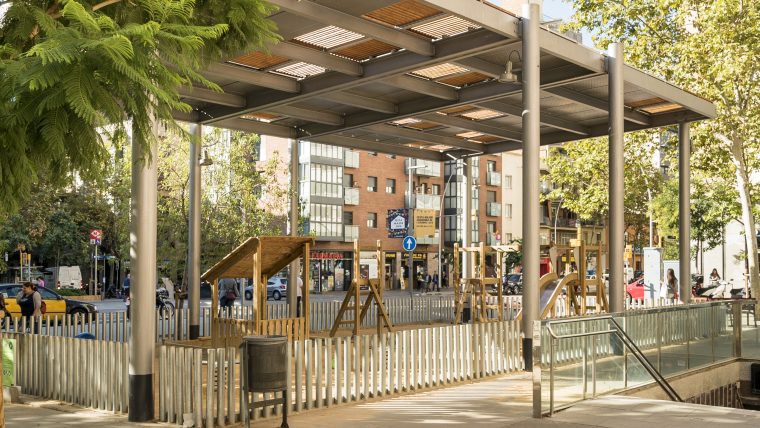 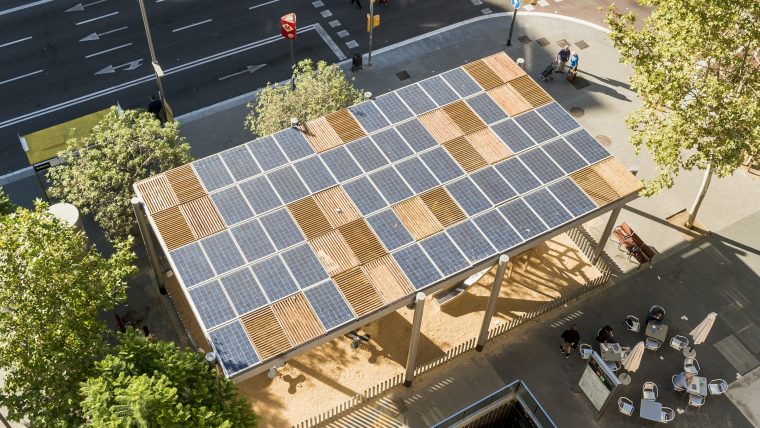 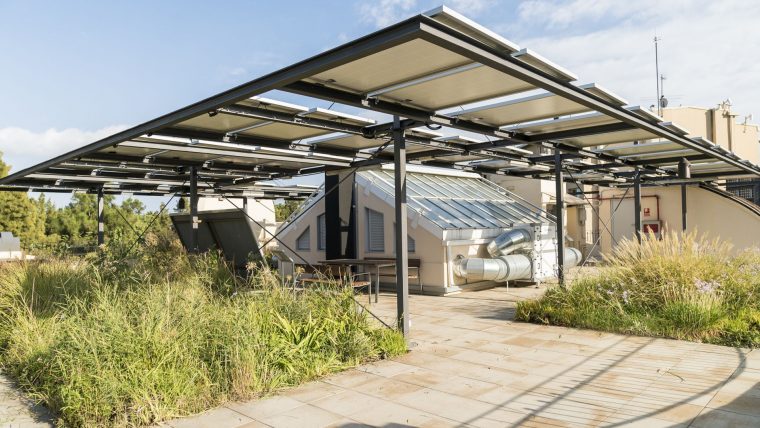 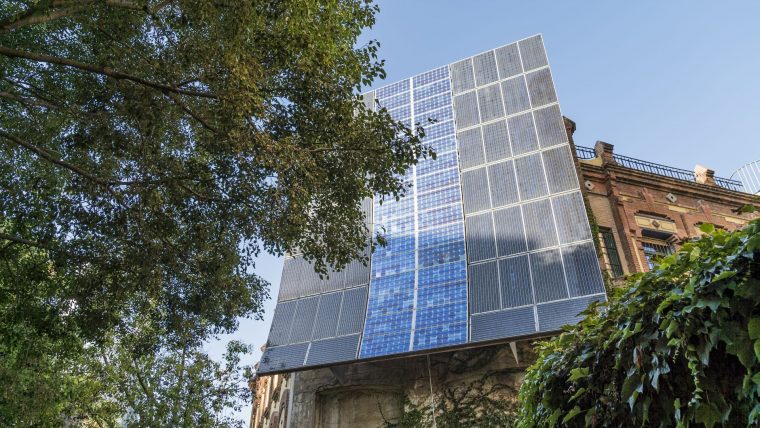