More greenery for a healthier city

Increasing the amount of greenery in the city, improving existing green spaces and making citizens jointly responsible for boosting vegetation are just some of the measures Barcelona City Council is backing to achieve a healthier city.

The programme to boost greenery in the city outlines a series of measures to achieve the goal of increasing greenery by 1 square metre per inhabitant by 2030, in other words for Barcelona to have 165 hectares of green space. “Greenery is a basic element which we want as a structural part of our city, making Barcelona healthier and more liveable”, explained the Deputy Mayor for Ecology, Urban Planning and Mobility, Janet Sanz.

The green infrastructure is the combination of natural green spaces, trees, public and private cultivation patches, with natural vegetation, agricultural vegetation or gardens offering benefits to citizens. The programme sets out a series of measures in three main areas: increasing the green infrastructure with health benefits, improving existing green space to gain more socio-environmental services, and co-responsibility among citizens to boost vegetation and biodiversity.

The generation of urban green space will be stepped up until the end of this term of office (2019), with 44.4 new hectares around parks, squares, gardens, block interiors and green elements in public places, and various initiatives to help reach 165 hectares by 2030. According to the Commissioner for Ecology, Frederic Ximeno, Barcelona has 7 square metres of greenery per inhabitant (taking into account publicly-managed spaces and not including the Collserola Natural Park), while the World Health Organisation recommends between 15 and 20 square metres per person. “It’s important to distribute greenery around the territory and for it to be close to all citizens”, stated Ximeno.

The idea is also to naturalise green spaces, increasing flora and fauna in them with maintenance which is more ecological and less interventionist. That means planting trees and bushes, making ponds more natural and including elements for animals (insect hotels, nesting opportunities for birds and bats etc.).

At the same time, the programme aims to get the public to play an active part in improving the green infrastructure by creating and maintaining communal gardens and cultivation patches, planting and maintaining tree beds, installing nesting boxes and insect hotels etc. In short, the objective is collaborative management of green spaces, rather than it solely being the responsibility of the administration.

Another specific measure is a competition for green rooftops, with subsidies of up to 75% of the cost and 100,000 euros to create ten green rooftops, mainly on top of blocks of flats or other roofs with a significant effect on the landscape. The competition will be opened up once the rules and regulations have been approved around the end of June. “The city has many potential spaces for greenery, and we must get the best out of them”, noted the Councillor for Architecture, Urban Landscape and Heritage, Daniel Mòdol. 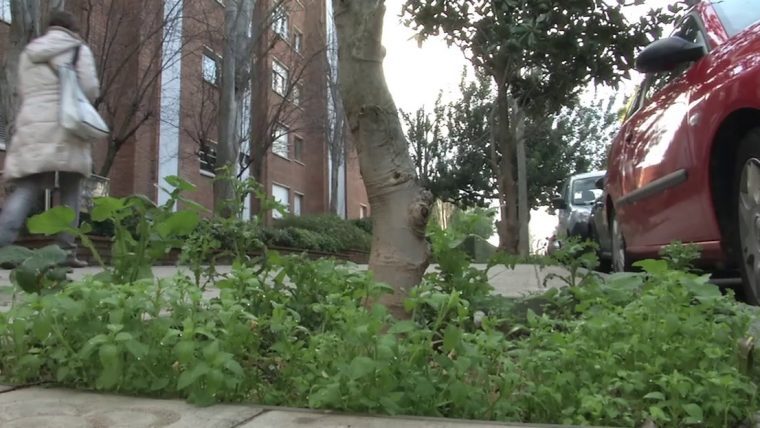 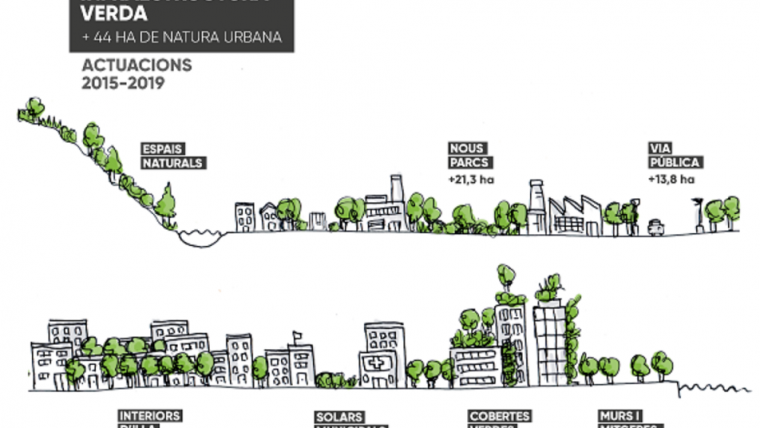 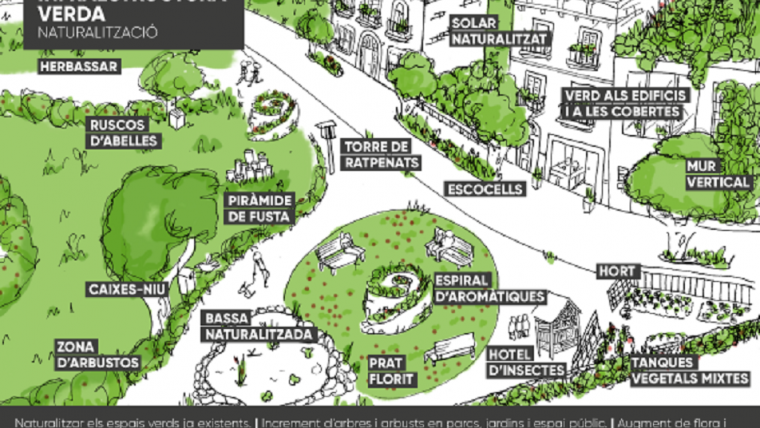 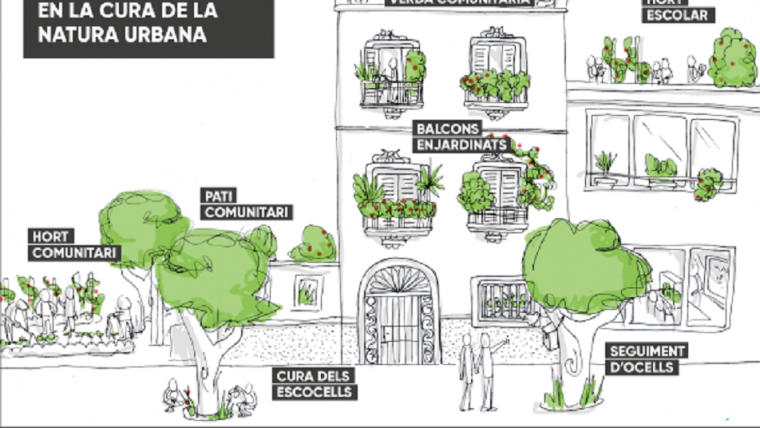