Panot, a symbol of Barcelona

Barcelona’s most famous paving tiles were standardised in 1906 to standardise the pavements in the city and sort out the problem of mud.

‘Panot, a symbol of Barcelona’ video

Inside the foyer of Casa Ametller, in Passeig de Gràcia, the ground is covered by tiles designed by the architect Josep Puig i Cadafalch. Its pattern, a flower with four petals, is reminiscent of the flower-shaped panot typically seen in Barcelona. However, according to the industrial designer, master in Urban Design and author of the thesis, “The Barcelona Model for Public Spaces and Urban Design", Danae Esparza, the tiles inside Casa Ametller do not originate from Barcelona’s classic, flower-shaped panots: “If we take a close look, we can see there is a great difference between these tiles and the panot paving used outside. The paving inside Casa Ametller is made of natural stone with a bas relief pattern; on the other hand, the tiles outside are made of hydraulic cement and the bas relief is only found around the edge of the flowers”, the designer pointed out.

In 1906 the five models of panot were standardised: the flower, skull, concentric circles, four tablets with four circles and, lastly, the tile with four tablets; the tile most commonly seen on the streets of Barcelona. Nowadays, even though many other types of tiles are used, such as those made of granite or concrete, of the panots used at the beginning of last century the only ones laid today are the flower and four-tablet versions, both considered to be the historic panot tiles and the most functional ones. In fact, panot paving takes up a space of about 5,000,000 m2 of the ground in Barcelona.

Panot paving, tiles that measure 20 x 20 centimetres, was first used to deal with the problem of muddy streets the city had at the beginning of the 20th century. “Building in the l’Eixample began is a very uneven manner. Each resident paved the 2.5 metres outside their home with the material the City Council had authorised, such as asphalt, natural stone or cement. In 1906 the paving was such a chaos that there was a lot of mud and Barcelona became to be known as Can Fanga [the Mud House]”, explained Danae Esparza, in reference to the cartoon strips drawn by l’Esquella de la Torratxa, which ironically illustrated a capital bogged down with mud. The use of panot put an end to the paving problems.

Gaudí and his infinite mosaic

Walking along Passeig de Gràcia you will find another kind of paving tiles, those designed by Gaudí in 1904 and those that had been created to be used inside Casa Batlló. Their design is another sample of Gaudí’s brilliance: with only one piece it is possible to make an never-ending mosaic of marine elements. 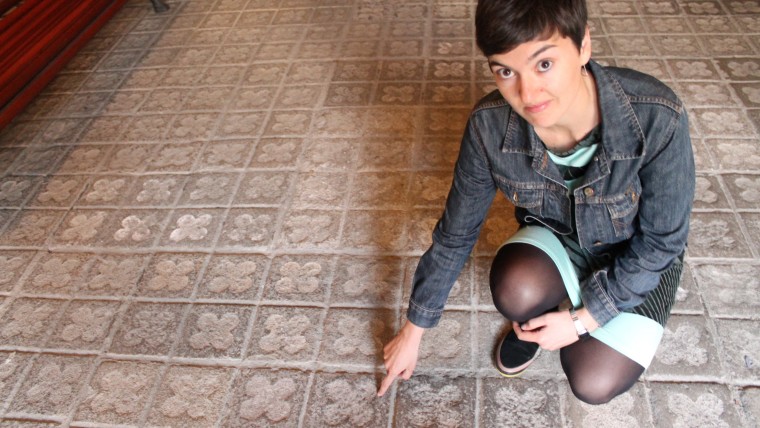 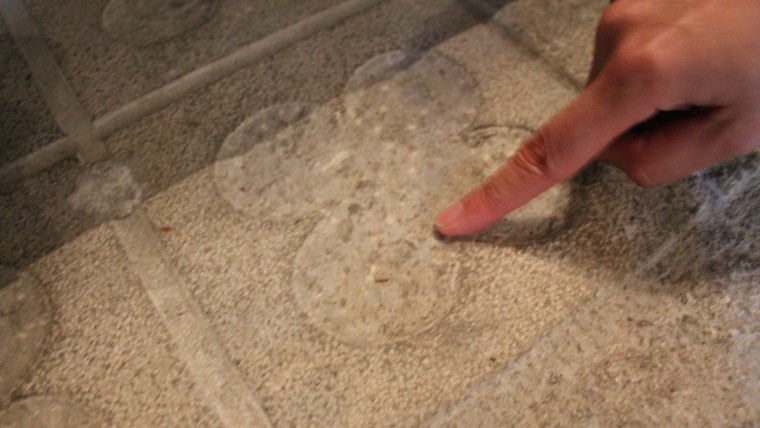 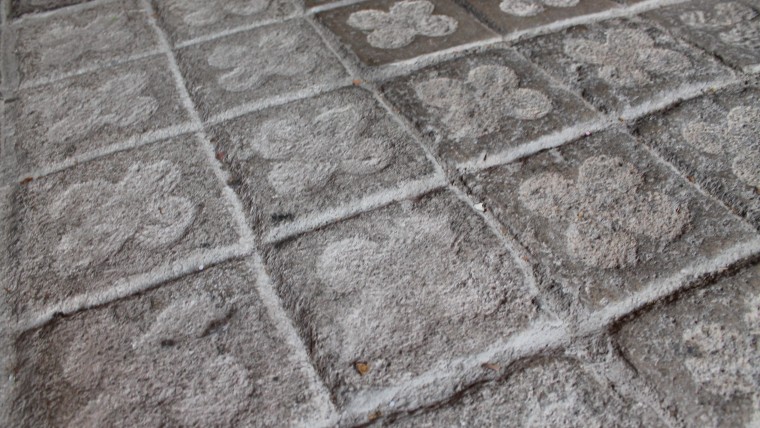 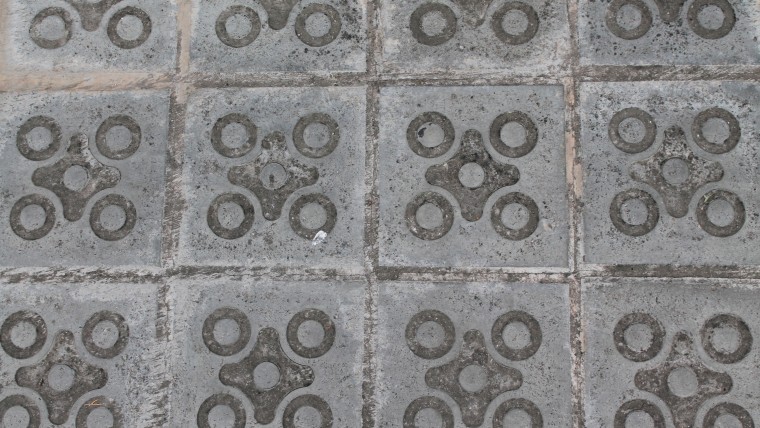