A commemorative ceremony is being held in the Parc de la Ciutadella on Wednesday, 6 October, at 5 pm, marking thirty years since the death of Sonia Rescalvo Zafra, the transsexual woman murdered by a group of fascists in 1991. 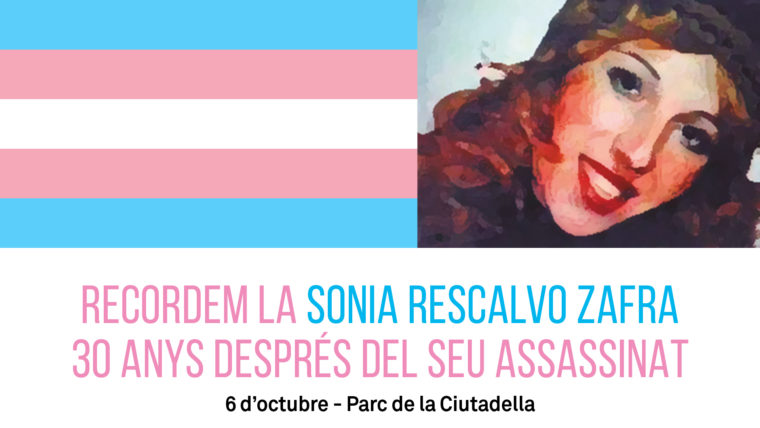 This year brings the ceremony to unveil the plaque in the square that bears her name.

The ceremony will be held in the Parc de la Ciutadella, at the Transsexual Sonia bandstand, which has borne her name since 2013. We continue to remember Sonia Rescalvo and denounce the hate crime she suffered as we stand up for LGBTI rights and the desire for a city where everyone is free to live and to love.

Sonia Rescalvo Zafra was born in Cuenca in 1956. During her youth she moved to Barcelona, where she became part of the artistic world of El Paral·lel and the Teatre Arnau. She worked for many years as a showgirl, gaining considerable fame. With the crisis of the variety shows, she had to move to the Parc de la Ciutadella to live and work.

In the early hours of 6 October 1991, she was brutally murdered at the bandstand in the Parc de la Ciutadella by a group of Nazi skinheads. Sonia Rescalvo slept in the bandstand with her friend Doris, who was also attacked. Before fleeing, the group also attacked a hobo in the greenhouse in the park and left him blind.

The events were denounced by the Front d’Alliberament Gai de Catalunya (FAGC) and the Coordinadora Gai-Lesbiana. The trial was held at the Barcelona Provincial Court in 1994, resulting in a conviction for murder.

The Plataforma LGTBIcat gave the bandstand the name Transsexual Sonia in 2013.

Conducted by Nalli Rodríguez, a social educator from the association ACATHI, the ceremony takes place at 5 pm at the activity space, where non-binary tributes will be made and a Living Library opened at the Bandstand of Dreams.

The inauguration ceremony for Plaça de Sonia Rescalvo Zafra is at 5.45 pm. The Deputy Mayor for Social Rights, Global Justice, Feminism and LGBTI, Laura Pérez Castaño, will welcome those attending. Alongside the Councillor for Ciutat Vella and Democratic Memory, Jordi Rebassa Masons, and the Minister for Equality, and Feminism with the Government of Catalonia, Tània Verge Mestre, the representatives will accompany the trans activist and member of the Associació Lobby Trans, Judith Juanhuix, to unveil the plaque.

The ceremony continues with speeches from Judith Juanhuix; the LGBTI activist Jordi Petit; Fran Sánchez, from the FAGC and the OCH, and Yoana Mata, representing the vice-chair of the Municipal LGBTI Council. The speeches conclude with Councillor Jordi Rebassa Massons and will be followed by a video explaining the figure of Sonia Rescalvo and what it has meant in the fight against hate crimes and the defence of sexual and gender diversity.

Organised by Barcelona City Council and with the participation of the organisations belonging to the Municipal LGBTI Council, the ceremony ends with artistic performances from Arli Midnight, Max Kart and Keops Guerrero and La Pelos, by the Ningyo company.

If you are unable to attend in person, the ceremony will also be streamed live on YouTube. 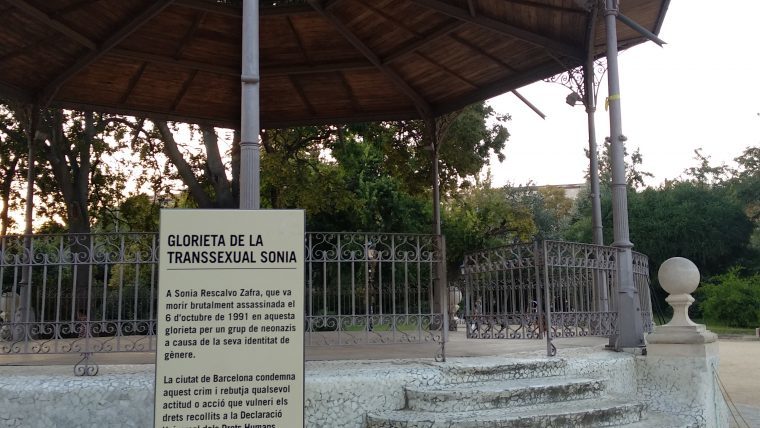 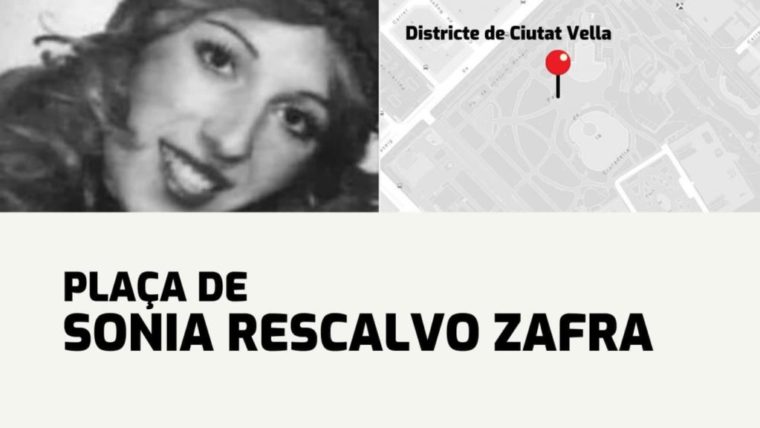