The jury award for the 36th edition of the prize went to the project “Malungaje: solidaridad para las resistencias negras”, by the cooperative Periferia Cimarronas. The project promotes political training in the afro-feminist, anti-racist and self-managed solidarity economy, taking a inter-sectoral perspective. The winner of the public award was the project “Infraestructures i estructures feministes”, put forward by La Insòlita. 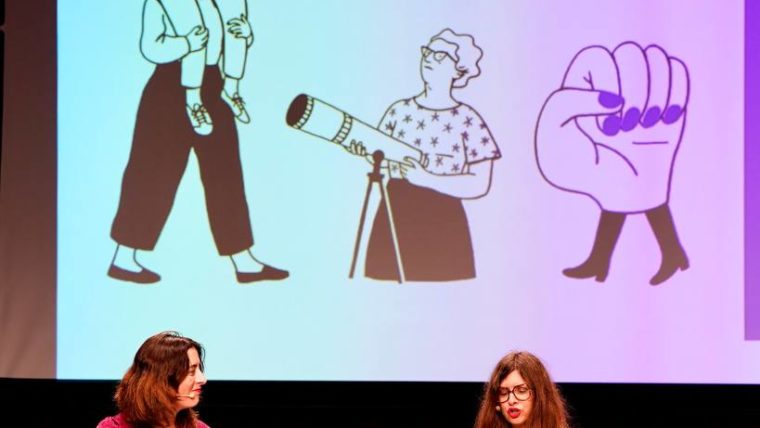 This year’s edition sought to recognise projects with a cross-cutting social justice and gender perspective, and which help in the fight against labour precariousness and women’s poverty. Aspects taken into account included action on everything representing the social and symbolic value of care work, and the promotion of new models to improve social harmony between paid work and responsibility for care.

Under these criteria, the winner of the jury award (worth 15,000 euros), was “Malungaje: solidaridad para las resistencias negras”, put forward by the cooperative Perifèria Cimarronas. The project seeks to foster self-management and practices in the feminist, antiracist, solidarity and sustainable economy. It is aimed at racialised black migrant women, and at trans and non-binary people.

The jury valued the way the project drives political training in the afro-feminist, anti-racist self-managed solidarity economy, the way it values the work of creative entrepreneurs, its inter-sectional perspective and the way it addresses different spheres in the feminist economy, such as employability, the development of networks, intercooperation, collective empowerment and sustainability of life.

The award in the public category (voted on telematically through the Decidim Barcelona platform and worth 3,000 euros) went to the project “Infraestructures i estructures feministes”. The project was put forward by the network of feminist cooperative La Insòlita, which includes Col·lectiu Punt 6, Candela, Coeducacció, La Raposa and NUS Cooperativa.

This association seeks to become consolidated as the first feminist cooperation network in Barcelona, to build a space for working through the feminist social and solidarity economy (FSSE). The intention is twofold: firstly, to promote feminist principles and practices within the social and solidarity economy (SSE), and secondly, to strengthen the organisations belonging to the network and their transformational work.

Reducing gender inequalities and standing up for care work

The awards sought to stand up for the importance of care and essential work (evident during the pandemic and including sectors such as health workers, carers and basic commerce), mainly carried out by women and in many cases in precarious conditions.

Some labour activities in Barcelona show a degree of feminisation of up to 95%, while women represent 52% of society. Other indicators showing the inequality between men and women indicate a wage gap of 18.7%, the fat that part-time jobs account for 10% more among women than among men, or that the figure for women with no incomes stands at 21%, compared to 16% for men. 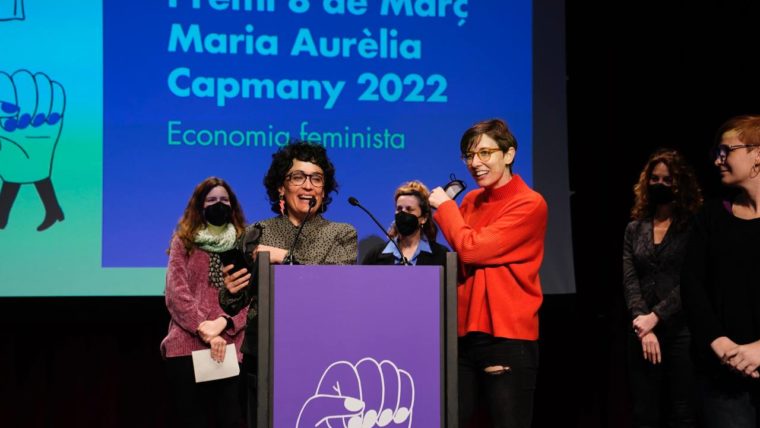 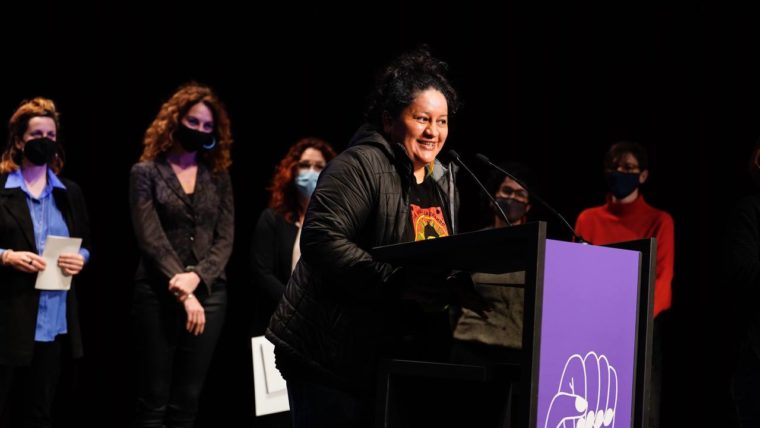 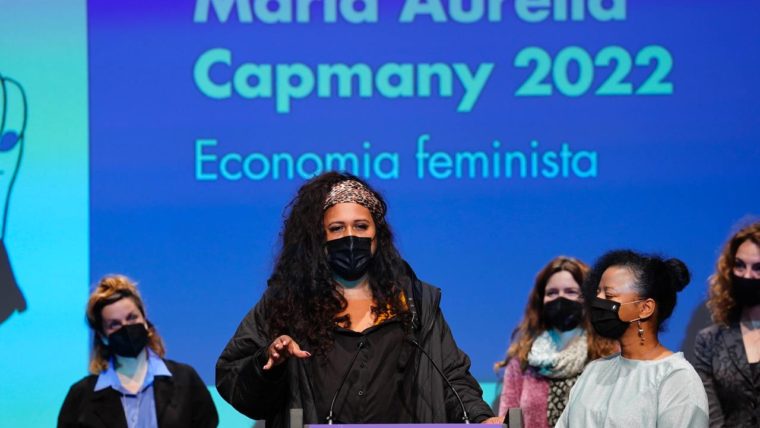 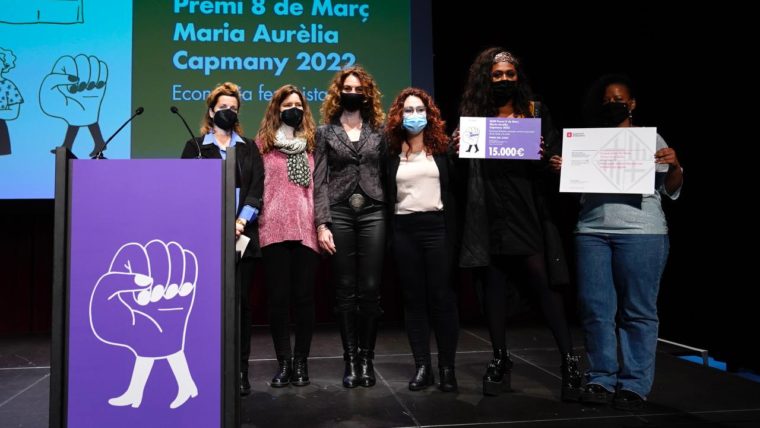 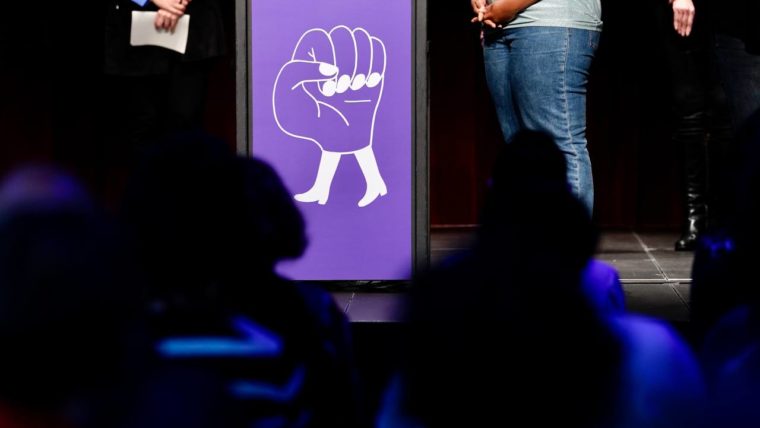 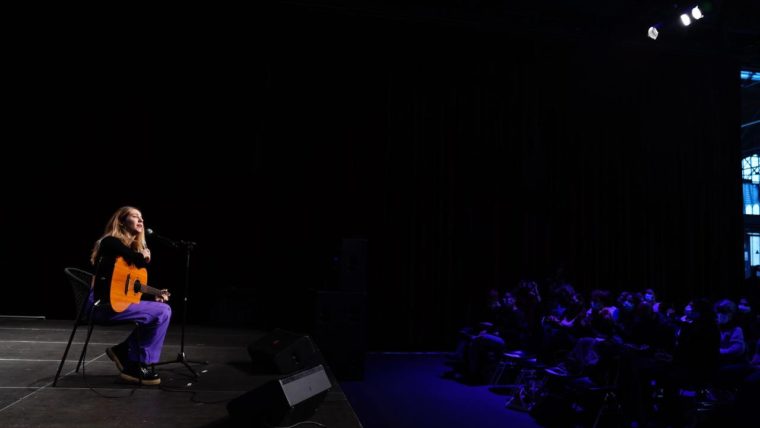 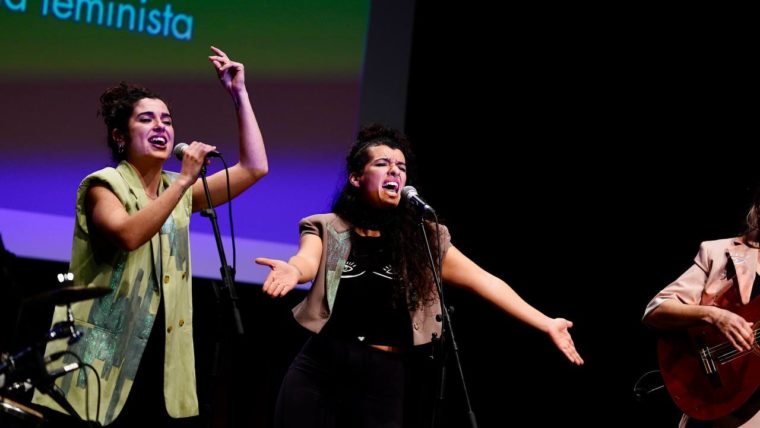