Every day is 8M: onwards together against the precariousness of women

The city is set to fill with activities being organised around the different districts for International Women’s Day. We’ll be remembering struggles, celebrating advances and standing up for feminist policies every day of the year. Because the pandemic has increased precariousness and poverty, particularly among women, and feminist policies are needed. 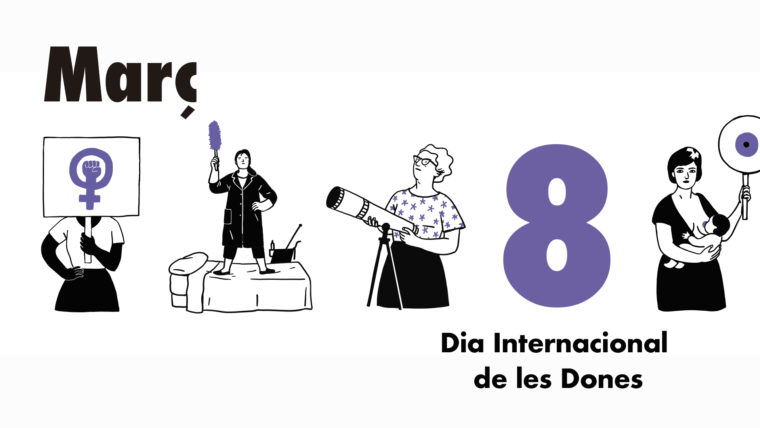 Barcelona City Council is supporting 8M with a campaign which speaks up for women’s everyday struggles and calls for a feminist economy in response to precariousness, accentuated by the health crisis.

Feminism has laid bare concepts that help us understand the various inequalities suffered by women under the current system, which centres on mercantile value and does not recognise the essential role of care for sustaining life and the economy. In addition, these situations are often confounded by other types of bias and discrimination such as social class, origin, age or sexual orientation.

Implementing public policies that drive a transformational model is essential in combating phenomena suffered by women, such as the glass ceiling, sticky floors, horizontal and vertical segregation, the gender wage gap, imbalances in care, the impossibility of work-life balance, part-time working hours etc.

In addition to the Strategy to combat the feminisation of poverty and precariousness in Barcelona between 2016 and 2024, in 2021 we added the Government measure on the feminist economy: to improve the economic, social and labour conditions of the most feminised and precarious jobs.

The City Council also promotes different subsidy calls and financial support for projects working for equality. One example here is the current call for the 8 March Award – Maria Aurèlia Capmany: the application period is open until 10 March.

Over a two hundred activities and celebrations with a message

The awards ceremony is at El Born CCM on 19 March. On the same day, in front of El Born CCM in Plaça Comercial, Suu and Maruja Limón will be offering concerts charged with messages and denouncement to mark International Women’s Day.

El Born CCM will also be offering “Tres dies de març. Els nostres cossos, les nostres vides” on 17, 24 and 31 March, paying homage to the publication Our bodies, Ourselves (1971). The book, which makes the case for self-exploration and gave women tools for discovering their own bodies, was written and translated by a group of women who also put it into circulation on both sides of the Atlantic.

In addition, the city’s ten districts have prepared an extensive programme of activities based around 8M.

Every day is 8 March

The graphic image for the campaign reflects this daily struggle for equality. It was commissioned to the Smäll agency and created by Carmen Segovia. The image shows a calendar where every day of the month in represented by a woman. The illustrations show aspects linked to sisterhood, the glass ceiling, maternity, parity, intersectionality, transfeminism, care, diversity, science and technology. The women have an optimistic and powerful gaze, in different situations represented through the metaphor of women today.

Members of the public can pick up a copy of the poster at the Sala Ciutat, while stocks last.