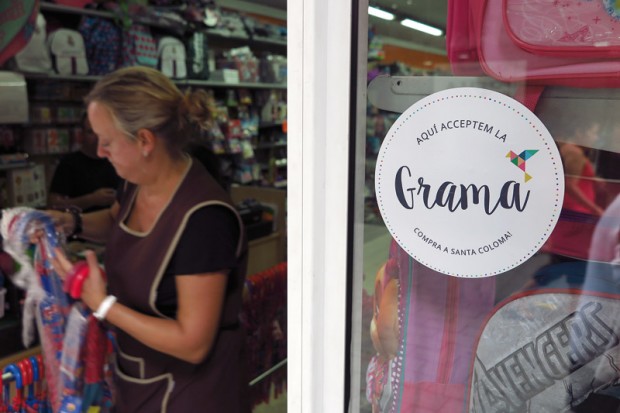 Some years ago, Santa Coloma Town Council realised that a lot of local businesses were putting up the shutters, customers were leaving to shop in department stores in the neighbouring cities and there was a high risk that Santa Coloma would become a dormitory town. The wealth being generated in the town was leaking away and there was a liquidity crisis. According to one study, 90% of the money paid out by the local authority had left within three days. For a town without much industry or tourism, trade is the motor of wealth.

The grama, as this local currency is called, began circulating in January 2017. Behind the initiative was the wish to incentivise local business and strengthen residents’ commitment to their town. ‘I’m from Santa Coloma. I shop in Santa Coloma’ is the campaign included in this overall objective set by the local authority presided by Núria Parlon, which has issued the social currency linked to the subventions provided by the municipal departments of Sport, Culture and Trade (the first phase doesn’t include the Department of Social Welfare). At present, some 30% of the total aid coming out of these departments is in grames, which can be changed for products in the town’s shops. One grama can be changed for one euro after 45 days, but if it’s changed before that a penalisation of 5% is incurred. While this is a project for creating consumers, it also has an ethical element, as it’s linked to the ethical bank Triodos.

It’s too early to draw conclusions and make assessments yet, as it’s one of those initiatives that needs time to get established. Andreu Honzawa, a consultant and member of Ubiquat Technologies, the organisation launching the project, feels that for it to succeed traders need to take it on board and there needs to be more money circulating. Also, it should be opened up to communities especially dedicated to trade like the large Chinese and Pakistani communities, who could see it as particularly useful. At the moment, Santa Coloma’s traders are adapting to what a change in culture involves. There is no physical exchange of money or coins, which means security is at a maximum and people always know where the money is, but people who have only seen banknotes and coins all their life, especially if they’re getting on, will probably need to be patient to adapt to this virtual world.

With help from the Dutch NGO STRO, the world’s first organisation specialising in local currencies, the project officials presented it to the European Union four years ago, along with the Pompeu Fabra University (UPF) and the Learning by Doing consultancy –at first, Granollers Town Council was also taking part. This is an example of the successful new tendencies in the management of medium-sized towns, based on collaboration between the public and private sectors, universities and the public. They looked around the world and one place that inspired them was Bristol, where for four years people have been able to shop with the Bristol Pound, which, issued by the Bristol Credit Union, a financial services cooperative, has fully caught on among the population. ‘Our city. Our money’ is the slogan for the project, which springs from consumers through a movement like the transition town movement.

When Bristol Council saw the success of the initiative, it gave its support to the circulation of the currency and extended the range of its use. Today almost half a million inhabitants in Bristol pay their rates with the Bristol pound, which goes to show that social currency can also be a way of promoting and stimulating public policies, because it’s linked to a project for energy, ecological agriculture and promoting the uniqueness of local establishments. 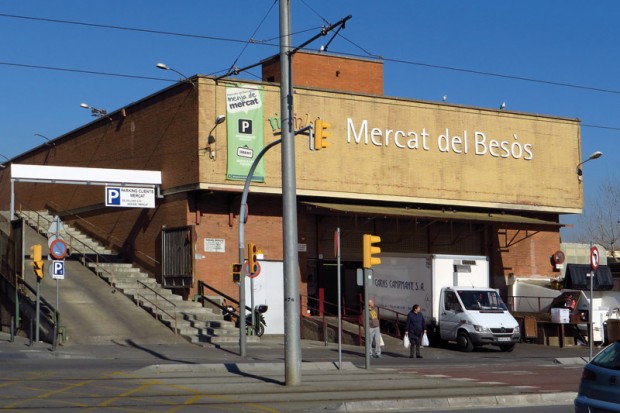 Barcelona’s project for a social currency is linked to the municipal minimum income pilot scheme in the neighbourhoods making up the Besòs Hub. In the image, the Besòs market.
Photo: Vicente Zambrano

The social project of Barcelona

This is the idea Barcelona City Council is working on, closely following the introduction of the grama as well as the Bristol experience. It plans to issue Barcelona’s social currency –as yet unnamed– at the end of the present term of office. Lluís Torrens, Director of Planning and Innovation at the Council’s Social Rights Area, explains that they might decide to print coins and notes like in Bristol –Santa Coloma’s is the world’s first 100% digital social currency–, because if the idea catches on with tourists they’ll be able to take it home as a souvenir, which would be an important source of income for public funds.

However, the Barcelona project is a long way from being aimed at tourists, as in fact it’s linked to a pilot test of the municipal minimum income being introduced in the ten neighbourhoods making up the Besòs hub. The test is intended to find out the result of paying some beneficiaries part of the minimum income in social currency. In this case, a twofold social effect is sought, benefiting people receiving the aid directly and also traders, as the commercial fabric in the Besòs hub is very weak. What’s more, paying benefits in social currency will be an innovative experiment in channelling public social spending and analysing its impact on the welfare of the recipients. It’s foreseen that in the first two years a million euros will be injected in social currency. In this way the Besòs could become a social innovation sector attracting wealth thanks to the introduction of the social currency.

This social project for the Besòs, called B-Mincome, is a world first and has an estimated budget of 13 million euros, of which 4.85 million is being provided by the European Union. It’s one of the three initiatives in the Urban Innovative Actions programme whose object is to fight poverty and inequality –the other two proposals are the ones in Madrid and Turin.

The Besòs hub project, which will benefit a total of one thousand homes chosen at random, will take place with the collaboration of various partners: the Young Foundation, the Novact Foundation, Ivàlua, the IGOP of the Autonomous University of Barcelona (UAB) and the Polytechnic University of Catalonia (UPC).

Although the way it’s to be put into practice is still under study, what is clear is that care will be taken over the viability and security of Barcelona’s social currency to avoid fraud of any kind taking place. The biggest challenge, though, is to avoid it becoming a ‘beggar’s currency’, as it’s starting life linked to the introduction of the minimum income.

Preventing its use from becoming stigmatised will depend on how it’s received by part of the rest of the citizens and on them coming to see it as a useful proposal. In this respect, the Director of Planning and Innovation at the Council’s Social Rights Area, Lluís Torrens, says work is going ahead on a strategy for it to reach a lot of people and many more neighbourhoods than the ones in the Besòs hub. It’s been discovered that 37,000 families in Barcelona would be in need of the municipal benefit, but this figure goes up to 120,000 families with incomes below the poverty threshold –not taking assets into account.

Traditionally, social currency projects have been driven from the bottom up by civil society. Among other experiments, in Catalonia there’s the turuta in Vilanova i la Geltrú, which even has a game. These currencies successfully set out to create social and personal ties around an alternative project for economic exchange, but their most obvious weakness is that they don’t reach many people and are often idealised by their users.

According to Andreu Honzawa, the success of a social currency comes about when people find it makes sense to use it. He compares it with transport: there are lots of types and people use the one that makes life easiest for them. There are two reasons for promoting social currencies. The first is economic: promoting local business. This is the case of Santa Coloma, and also of Sardinia, where small traders decided to create the sardex. The economic reason is also one of the main ones in the project for Barcelona’s social currency. The second reason is a social one, a question of identity, and this is where we find examples in the Bristol Pound and the turuta, as well as in time banking. The spirit behind these initiatives aims at avoiding the accumulation of capital and encouraging the rapid circulation of currency within local economies.

Social currency goes beyond its strictly economic purpose and has an added value for everyone involved, because it’s also a letter of presentation and a way of promoting certain values, like a socially inclusive and environmentally sustainable system, and the well-being of society in general and of the local commercial and productive fabric in particular. The implementation of social currencies, as well as a critical mass, calls for a change of mentality, which takes longer to bring about. Andreu Honzawa and Lluís Torrens agree that Santa Coloma and the Barcelona’s ten Besòs neighbourhoods are a real-time laboratory. 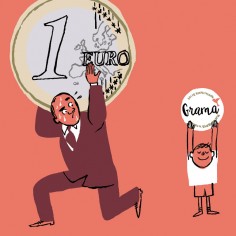 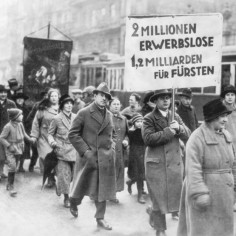 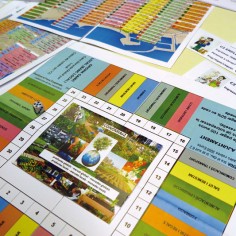