Users of the X1 service will get around on this innovative zero-emissions vehicle, which will be recharged at the green hydrogen plant. 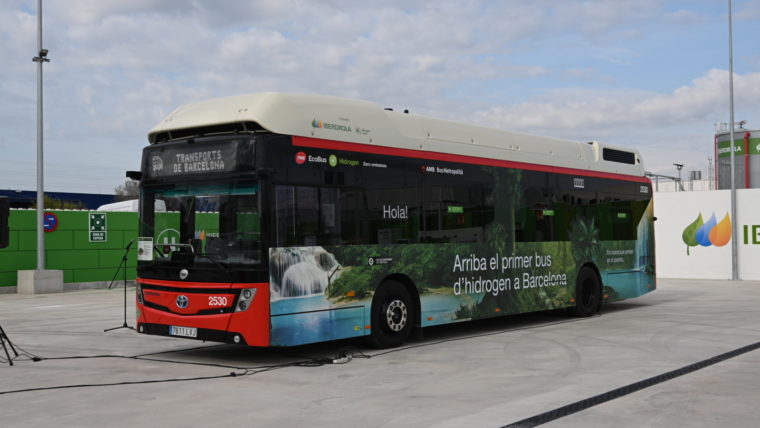 This innovative zero-emissions vehicle is the first of eight new generation buses which will use hydrogen batteries and will be recharged at the Zona France plant.

This is the first time that this type of renewable energy vector has been generated in Spain for commercial use and with a fleet capacity. This makes it a pioneering project in the decarbonisation of urban mobility with heavy vehicles.

Supply from the Zona Franca plant

The vehicle arrived in December and has been running trials without any passengers until now. This innovative bus, which only emits water vapour, will be supplied using green hydrogen (around 20 kilos a day) from the supply plant in the Zona Franca industrial estate, near the TMB bus depot. The plant is subsidised through Connecting Europe Facilities for Transport, a programme by the European Climate Infrastructure and Environment Executive Agency (CINEA).

The hydrogen plant in the Zona Franca, up and running in under a year, will help create a green hydrogen hub in one of the country’s most important industrial areas. The facility will also supply the rest of the fleets and industries on the estate which adopt this energy solution, the idea being to generate greater use of this technology in line with the European strategy on hydrogen and the hydrogen roadmap for the Ministry for Ecological Transition and the Demographic Challenge.

How does the bus work?

The new zero-emissions bus is a standard model, 12 metres long, with a light aluminium chassis and three doors. The hydrogen system includes a fuel battery, with a nominal 60 kW power capacity and five type 4 hydrogen tanks, providing an overall storage capacity for 37.5 kg of H2. The motor has a maximum power output of 180 kW, with a voltage inverter managing the full power of the motor. The hydrogen system is complemented with LTO lithium-ion batteries with a total capacity of 44 kWh, which store the energy generated by the fuel battery and for the regenerative braking system.

TMB’s strategic plan for 2025 envisages the addition of 508 clean-energy buses, 233 of them electric and 46 of them running on hydrogen. The adoption of green hydrogen by the TMB fleet is backed by the European JIVE 2 programme, which promotes zero-emissions fuel battery vehicles and is jointly funded by the European Union. JIVE has rolled out 298 hydrogen vehicles and 20 hydrogen recharging stations in six different EU countries. The project is being implemented with the collaboration of the Barcelona Metropolitan Transport Authority. 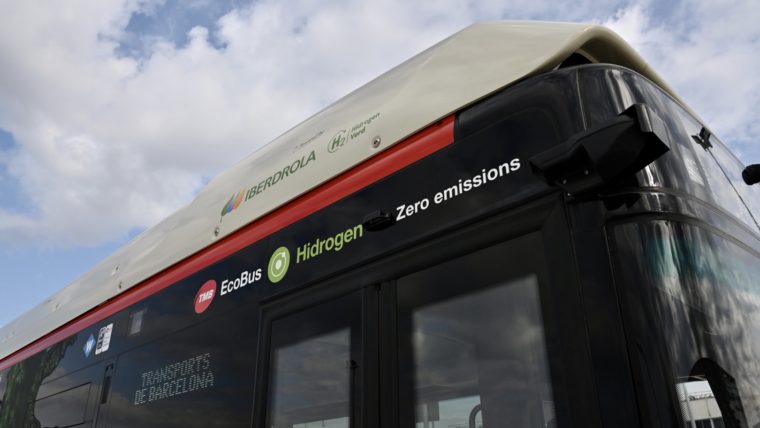 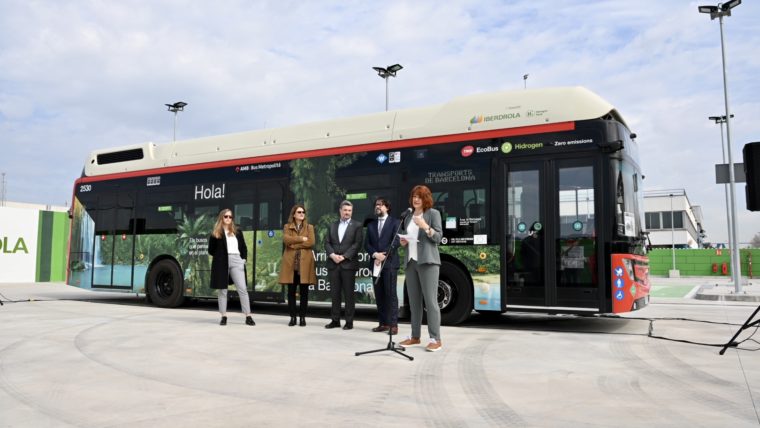